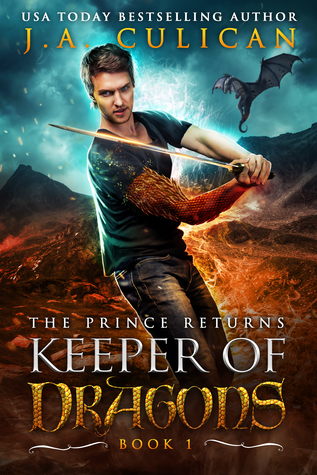 A mystical calling.
On his 18th birthday, Cole learns that he is a dragon fated to save all that was deemed true.
Destiny.
Cole's life spirals into an uncontrollable battle for life or death. First, he learns that his family isn't really his own and his birth parents are dragons. With that legacy comes a special calling; devoting an eternity to protecting all true beings from creatures bent on controlling the Earth and bringing an end to dragons.
Danger.
As the newly-minted Prince of Ochana, Cole is also the Keeper of Dragons and his first task is to keep the nefarious farro-fallen fairies-at bay. With no formal training, no control of his mahier-dragon magic, and fear like he's never experienced before, will Cole be able to reach outside of his human side and embrace his destiny in time to defeat the farros?
Join USA Today bestselling author, J.A. Culican on an epic fantasy adventure fans and critics are calling a world of magic, and comparing to Robert Jordan.


Well kept secrets mix with dragons and a hidden, magical world to form a fast-paced yet gentler adventure.

Cole is about to turn eighteen, graduate from high school and still has no clue what he's going to do next. Two days before his birthday, his parents drop a bombshell on him—he's not really their child. When his 'real' parents show up and turn into dragons, he can barely wrap his head around it. But that's only the beginning. His destiny is calling, and it requires more from him than he think he'll ever be able to give.

This is fantasy pure. It starts out in an every day town in the US, but quickly lets the magic and imagination flow. Cole tries to understand what's going on around him, but everything happens so fast, that it's hard for him to keep up. His confusion is understandable, and even though he's hesitant, he still is brave enough to take the leaps. It's nice to see a hero who has power but is down to earth enough not to control it or even accept it right away. He's remains skeptical the whole way through, and simply swallows things as they come.

Boring is not a word to describe this tale. Cole hits one situation after the other and goes up against emotional as well as physical obstacles. The fantasy unfolds as rolling waves, always exposing a bit more as the chapters go on. The world building is well done and easy to all into. Although the dragon realm itself doesn't really come to life in this first book—much of this tale happens indoors and around the castle—there's enough to get caught up into the story.

The action starts out calm and grows with every passing chapter. The first chapters allow Cole to make the mysterious discovery and slide into the new reality. The information comes at a steady pace, but is dropped a little too quick from the adoptive parents. This and other spots later on, put distance between the tale and the reader, making it hard to connect to the characters and story at times. While at other times, it was easy to get lost in the adventure. There's a later friendship, which hints at romance, but little depth and history is given to the heroine, leaving her hard to grasp. But it looks like later in the series, this will turn around.

Although this book is a solid Young Adult read, it holds distance to more aggressive scenes which are usually found in such plots. Cole does have to go up against some pretty nasty enemies, but the battle isn't harsh. The way he wins is unique and a fresh breeze compared to huge fight scenes, which more gentle readers will appreciate it. For more adventurous fantasy fans, it's a bit anti-climatic and misses the journey for the hero to reach that point.

All in all, this is a read fantasy fans will enjoy. The dragons, magic and adventure keep the pages turning are invite for more. It is more gentle on the battle end and offers an alternative way to go at the battles, which will be appreciated by some readers more than others. In any case, it's a great beginning for an interesting world and worth a read. 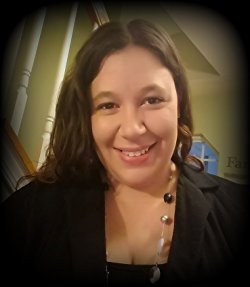 Four time USA Today bestselling author J.A. Culican, is a teacher by day and a writer by night. She lives in New Jersey with her husband of eleven years and their four young children.
J.A. Culican’s inspiration to start writing came from her children and their love for all things magical. Bedtime stories turned to reality after her oldest daughter begged her for the book from which her stories of dragons came from. In turn, the series The Keeper of Dragons was born.

Email ThisBlogThis!Share to TwitterShare to FacebookShare to Pinterest
Labels: J.A. Culican YA Fantasy, Keeper of Dragons, The Prince Returns