Review: The Boy Who Painted The World by Melody J. Bremen 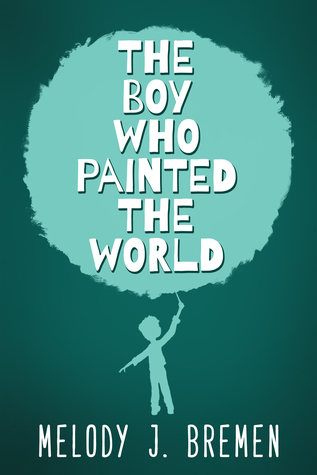 Indigo is a boy with a dream. He spends his mornings in a refrigerator box, his afternoons shoveling snow, and his nights in the basement of a homeless shelter. But during every free moment, he draws and dreams of becoming a famous artist. His best friend Jade looks after him, but she is arrested for shoplifting and he’s left all alone. With his box of pencils under his arm, he sets out on a quest to search for Jade and discovers a whole new world… full of the art he loves.
His journey brings him friendship, family, and the courage to hold onto his dreams.

This is one of those stories which touches the heart, tears at it, makes it warm and leaves with a sense of dreams and inspiration.

Indigo's mother left him standing on a street when he was five. Luckily, he met a girl named Jade, who took him in and taught him love. But when she's caught by police for stealing, Indigo's left to tackle the world alone. Armed with colored pencils, whatever paper he can find on the streets and a dream he refuses to let go of, he discovers the world in all of it's harshness and warmth.

The opening pages already demand a wave of sympathy as Indigo, a unsuspecting boy, is left standing on a street, told by his mother to wait until she returns. Which she doesn't. Indigo has it rough. Every day is a battle for food and shelter, but he doesn't ever let this get him down. He accepts it as a simple fact of life and keeps his eyes focused on one thing—his art. His desire to earn his food through whatever work he can find, his ability to never grow bitter and his undying spirit make him a true hero any reader will want to embrace and never let go of.

The author does an amazing job of describing Indigo's world and all of it's hardships. It pulls at the heart-strings, but at the same time, never bogs down completely. The situation is understandable, when seen from Indigo's stand-point, and there exceptional role models appear at various times through-out the story. There's harshness and hope. At the same time, it's told in a very believable way. Not only is Indigo's world realistic, but Indigo himself is a child, speaks like a child, and dreams like a child. There are moments of humor lightly sprinkled in and a sense of pureness which can only be seen through a child's eyes. Young readers will easily connect to Indigo, feel for him, understand him and enjoy following him. And, at the end, they'll be left with something to think about.

Summed up, this is one of the best middle grade stories I've read this year, and I can only hope that many young readers get a chance to meet Indigo and experience his journey. 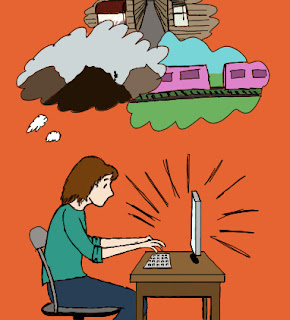 Melody J. Bremen writes books for middle grade and young adult readers. She lives on a distant planet where all they do is write and read books. (Sometimes they eat jelly beans.) She has a faithful computer named Oswald.