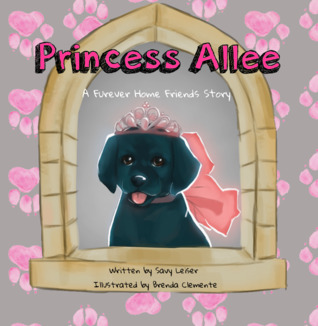 While living at the shelter, Allee, a black lab puppy, dreams of being a princess. When a stylish young woman comes to adopt her, Allee thinks her dream is about to come true!

But Allee soon learns that her new suburban life doesn’t include castles or crowns. It includes two dog brothers that she has to learn to get along with!

Can Allee learn to feel like royalty even when living the average life?

Alle is a little princess, who will steal readers' hearts.

Allee is a princess. She decided she was, but she doesn't have her castle yet. When the fitting new owner adopts her from the dog pound, she's sure her days as royalty have finally come. Life, however, has something else in store.

Allee is sweet. Her princess dreams are something kids will easily identify with and understand. Her beginnings in the dog pound pull at the heart-strings, but this is never stressed or presented in a negative light. Instead, this tale focuses on Allee, her dreams, and how she deals with reality. Because reality is never what we expect, but that doesn't mean it's worse or even bad.

The illustrations are done with love and show an Allee that readers would love to snuggle and play with. Her liveliness and positive attitude pour off of the pages. The emotions come across clearly and make her tale fun to flip through.

As to the ending, it's a heart warming one, which is sure to leave a smile on the lips. There is a lesson in the book, and it comes across gently. Allee is a dog to love and readers will enjoy following her tale. 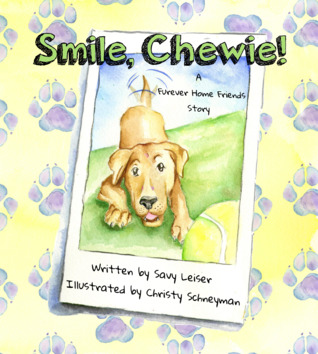 Meet Chewie and his million-dollar smile!
Despite Chewie’s friendly personality, he’s too shy to let the shelter volunteers take his picture!
See, Chewie is stuck with scars on his face after the abuse he suffered as a puppy, from a man who was prejudiced against pit bulls.
Can Chewie find the confidence to stand up to these awful pit bull stereotypes, and smile for the camera?
The Furever Home Friends is a series of kids’ books about shelter dogs and their journeys to adoption.
Our goal is to raise awareness about the importance of adopting animals from shelters, and to share the stories of real animals who have gone through the shelter system. We also aim to teach children about a variety of social issues, including adoption, animal abuse, body image, disabilities, racism, sexism, and much more.

Chewie is a pit bull, who has had a tough life. In the pound, he waits for someone to adopt him but is afraid of the attention most animals get. He doesn't find himself cute or worth taking a picture of. When he finally takes the chance and tries to show the world how cute he is, the result is heart-warming.

Unlike the first book in the series, Chewie's tale hits more upon the rough life that some dogs have faced before they end up in a pound. He's unsure and there are reasons for that. Although never graphic, the troubles come across clearly and will have young readers concerned and touched by Chewie's past. The stereotype against pit bulls is also pulled to light. But this isn't a story meant to leave the reader sad, and it pulls around with a very happy ending and a sense of warmth.

The illustrations are well done and accompany the tale nicely. Chewie's earlier life is presented in dark tones, which makes the tone clear. The brightness of the last pages adds a sharp contrast and does a great job displaying the fun and joy.

Summed up, this book is more series than the first in the series and packs more direct messages. Young readers will enjoy Chewie's tale and learn something in the process.