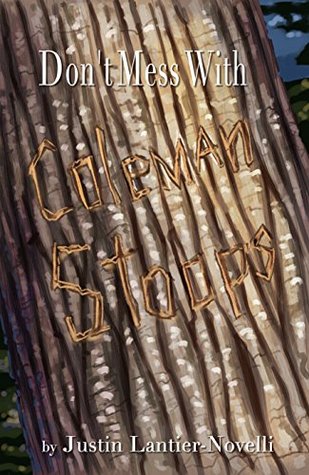 
Coleman Stoops just had his twelfth birthday, but he’s not getting popular anytime soon. The kids in his grade call him “Stoopy”. He hates the cruel nickname almost as he hates himself for always managing to accidentally play into it. The clothes he wears, the hobbies he loves, and the way he behaves in school all contribute to his eternal low ranking as the butt of everyone’s jokes. Coleman’s a dork, a dweeb, a nerd. He’s the fool of the school.
So when the most popular kid in his class, B. Bradford Woffington III, approaches him with a proposition and a potential girlfriend, Coleman can’t help ignoring his instincts as they tell him not to trust “Trey”. He accepts the boy’s offer and begins the social and physical grooming that will make him fit for dating – gasp! – a real, live girl. No matter what happens though, Coleman can’t shake the sneaking suspicion that there’s something Trey isn’t being completely forthcoming about. What isn’t the most popular kid in school telling him?

Coleman has it rough. He's twelve and the bullying post of the class, but when a girl named Wendy gives him a push to be himself, his life starts to change. Hopefully.

Coleman is supposedly an average kid in the sixth grade, who's a little chubby, quiet and from a more than average household. He's bullied, but unlike many of these types of stories, he doesn't really let it get him down too much. He's depressed and wishes it would change, but he's still him. The first chapters reel in the sympathy as his situation is described in an interesting way, which draws in. The reader gets to know him, like him and feel for him. Maybe even see themselves a bit in him.

The story is told from a narrative point of view—that of a girl named Wendy. This puts a needed distance to Coleman and allows the story to unfold a little more unbiased. The narrative isn't always obvious and drops in only at times, allowing the reader to forget that there's a third party involved much of the time. Wendy first introduces herself a few chapters in and comes across extremely mature and wise for her age. There's no gliding into the scene, but it drops in immediately with her pointed questions. At this point, Coleman's interest in a girl is introduced, which hit like a bomb since this 'interest' was never mentioned in the first chapters.

One situation leads to the next, making this a nice paced read the whole way through. Despite the more serious material, the author manages to hold emotion dumps at bay while still bringing Coleman's problems across loud and clear. Readers will feel right at home in Coleman's world and never have the urge to set the book down due to boredom. And at just over a hundred pages, it's even great for reluctant readers.

The sixth grade setting is nicely brought to life, and usually fits perfectly. There are moments where Coleman comes across a little too mature, and these make him hard to grasp at times. There are a couple of situations, which are more fitting to an older group than sixth graders, but most things hit the age group well. In any case, the message comes across clear without growing preachy. Kids will enjoy getting to know Coleman and root for him the whole way through. 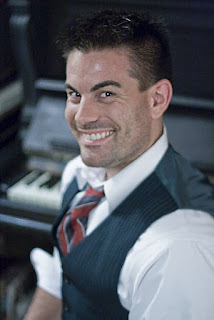 Justin Lantier-Novelli was born in 1979, and grew up in the Philadelphia area. For five years, he worked in advertising as a producer of radio and television commercials before traveling around the world teaching English in developing nations, including a six month volunteer position at a buddhist monastery in the Himalayan foothills of Nepal He has been published in Global Living Magazine, The courier Post, Page and Spine and songplaces.com. He began writing screenplays and full-length novels in 2003. You can find him on Twitter: @jlnovelli or Facebook at: https://www.facebook.com/authorjnovelli/
https://www.facebook.com/colemanstoops/