The Grimmtastic Girls by Joan Holub and Suzanne Williams

The authors of the hit Goddess Girls series put a fun and girly twist on another super-popular theme: fairy tales! Once upon a time, in faraway Grimmlandia... A Grimmtastic girl named Cinderella is starting her first week at Grimm Academy on the wrong foot. Cinda's totally evil stepsisters are out to make her life miserable. The Steps tease Cinda, give her terrible advice about life at the academy, and even make her look bad in front of her new friends, Red, Snow, and Rapunzel! But when Cinda overhears the Steps plotting a villainous deed that could ruin Prince Awesome's ball, Cinda, her new friends, and a pair of magical glass slippers have to stop them--before the last stroke of midnight!

Red Riding Hood might have a terrible sense of direction, but her grimmtastic friends are always there to help! Once upon a time, in faraway Grimmlandia... Red Riding Hood is thrilled to try out for the school play. Acting is her dream, and she's great at it--too bad she has stage fright! After a grimmiserable audition, Red decides to focus on helping her friends Cinda, Snow, and Rapunzel save Grimm Academy from the E.V.I.L. Society. But when Red gets lost in Neverwood forest and runs into Wolfgang, who might be part of E.V.I.L., she needs her magic basket and a grimmazingly dramatic performance to figure out what's going on!

Joan Holub has authored and/or illustrated more than 130 children's books, including Little Red Writing (illustrated by Caldecott Honoree Melissa Sweet) and Zero the Hero. She lives in NC and is online at www.joanholub.com

Suzanne Williams is the author of nearly 50 books for children, including the award-winning picture book Library Lil (illustrated by Steven Kellogg). She lives near Seattle, WA and is online at www.suzanne-williams.com

Co-authors Joan and Suzanne have written the Goddess Girls, Heroes in Training, and Grimmtastic Girls series. Though they live in different states and hardly ever get to see each other, they spend lots of time together in Grimmlandia.

Prize: $50 Amazon Gift Card or PayPal cash (winner’s choice) Contest ends: April 23, 11:59 pm, 2014 Open: Internationally How to enter: Please enter using the Rafflecopter widget below. Terms and Conditions: NO PURCHASE NECESSARY TO ENTER OR WIN. VOID WHERE PROHIBITED BY LAW. A winner will be randomly drawn through the Rafflecopter widget and will be contacted by email within 48 hours after the giveaway ends. The winner will then have 72 hours to respond. If the winner does not respond within 72 hours, a new draw will take place for a new winner. Odds of winning will vary depending on the number of eligible entries received. This contest is in no way sponsored, endorsed or administered by, or associated with Facebook. This giveaway is sponsored by the authors, Joan Holub & Suzanne Williams and is hosted and managed by Renee from Mother Daughter Book Reviews. If you have any additional questions – feel free to send and email to Renee(at)MotherDaughterBookReviews(dot)com. a Rafflecopter giveaway 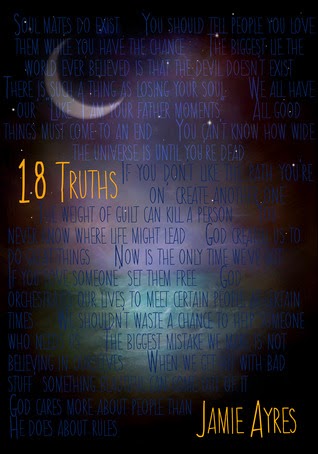 Lying is unbearable, betrayal is inevitable, and choosing which path to take is impossible.Olga Gay Worontzoff ended her senior year as an eighteen-year-old girl totally in love with Nate, enjoying their new romance and about to attend the university of her dreams. Now she’s spending her summer in the weird subculture of the Underworld, with charmingly witty and powerful angels, and problematic demons, trying to rescue Connor, the best friend and secret crush she was unable to save during a freak accident.But Nate has other things on his mind, mainly Grace. She’s their first assignment as joint spirit guides, and Olga’s feeling hurt and jealous. His mysterious behavior has Olga questioning everything she believed about him and now she must decide whether to stick to their plan, or follow her heart. Unfortunately, a series of mistakes threatens everyone around her and plants Olga in the center of cosmic events much larger than she ever imagined.Only one thing is certain: the chilling truths uncovered during her journey will leave no one untouched.

A great sequel to 18—THINGS with a whole new feel. By ‘new feel’, I mean that 18—TRUTHS sets off in a whole different direction, bringing in some new characters, new stakes, and a whole new world. Where eighteen-year-old Olga spent 18—THINGS in her senior year of high school trying to come to terms with her best friend’s death, she now finds herself coping with life in the Underworld. The ‘real life’ feel from book 1 disappears as Olga tries to depict right from wrong in a realm where angels and demons aren’t as black and white as we're often taught to believe. I’ll admit, when I read the ending to book 1, I was a little skeptical about what the sequel would bring. But my worries were unfounded. Despite the totally new setting, the world comes to life. The Underworld is presented in an entirely new way with not only a complex system (which did get a little confusing at times), but with demons and angels who aren’t clearly evil or good. It was easy to understand why Olga gets herself into trouble and makes the mistakes, which lead to even greater problems later on.The plot was fast-paced with many unexpected twists and turns—some which made me want to slap Olga (and sometimes Nate) across the face and say ‘Girl! What are you thinking?’ It definitely kept me turning from one page to the other. I liked the introduction of the new characters. Their fresh, interesting personalities added a lot of color to the story. Like in book 1, 18—TRUTHS isn’t so much about action as the inner-war of Olga as her own faith and beliefs are put to the test, and she must learn that doing the right thing involves more than ones single, personal stand-point.It was nice to finally get to meet Conner, and Olga's inner struggle of her feelings between him and Nate were understandable - if not still frustrating at times. I was a bit disappointed by the lack of honesty between Olga and Nate, especially after the warm relationship they'd developed in book 1, but have to admit that it added a lot of tension to the entire romance side of things. Yep, at times I was totally rooting for Conner . . .and that angel. Okay, I was a fan of the angel.This was an enjoyable read, which left me guessing until the very end. Despite minor frustrations, I really enjoyed the characters and rooted for them from one page to the next. This book takes a wonderful twist on the question of grey areas and trust in our beliefs without falling into the trap of becoming preachy. I can definitely recommend this to anyone who enjoys Religious Youth Fantasy with a nice dash of romance.


You can find this here on Amazon!
Or here on Goodreads!