Extraction by Stephanie Diaz with Giveaway 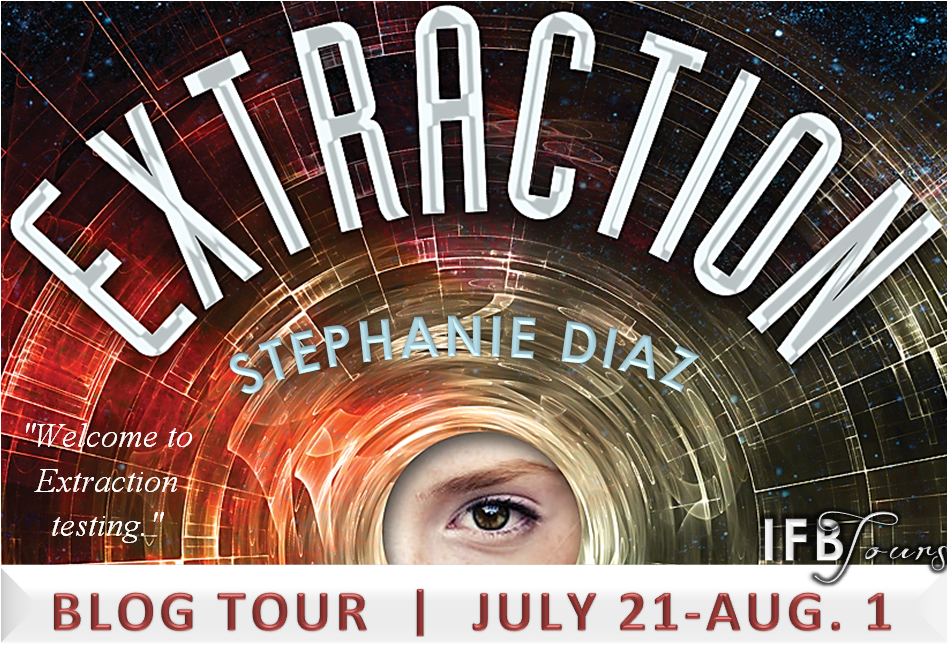 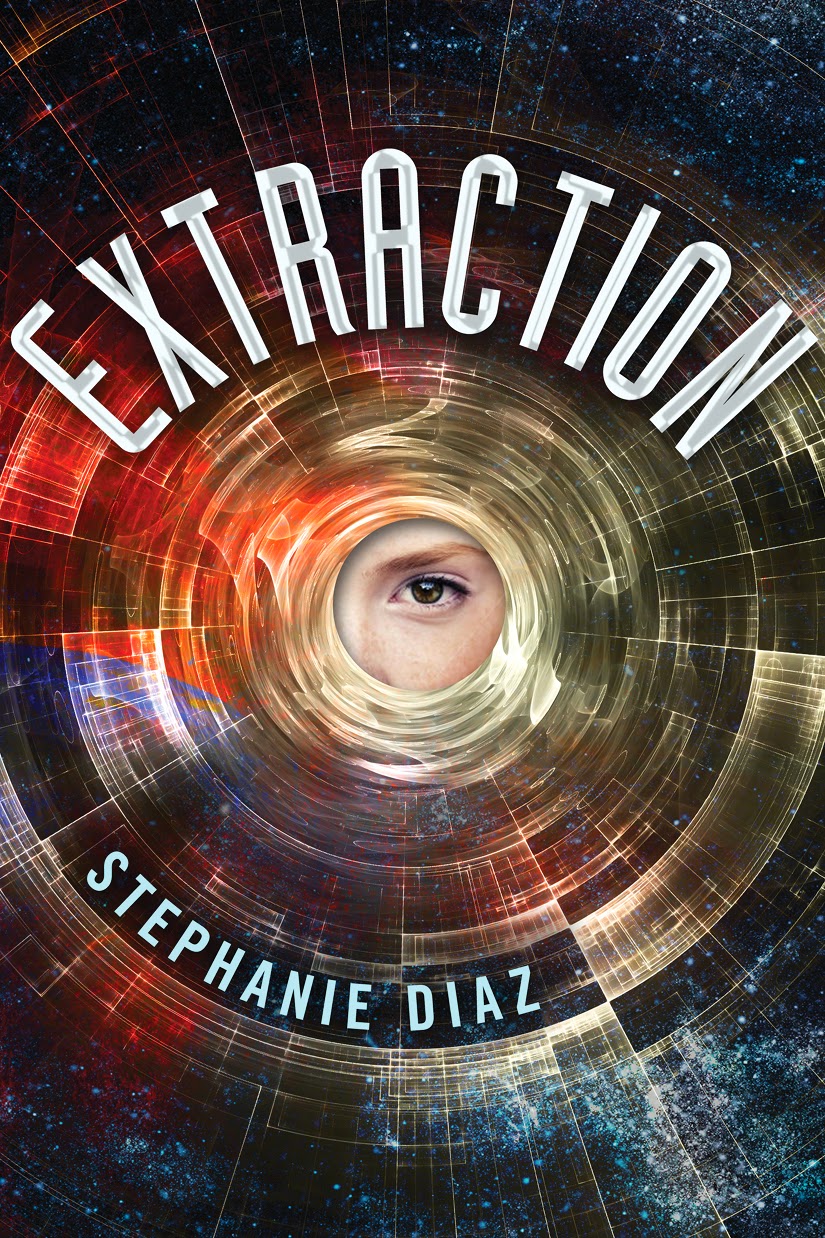 Clementine has spent her whole life preparing for her sixteenth birthday, when she’ll be tested for Extraction in the hopes of being sent from the planet Kiel’s toxic Surface to the much safer Core, where people live without fear or starvation. When she proves promising enough to be “Extracted,” she must leave without Logan, the boy she loves. Torn apart from her only sense of family, Clem promises to come back and save him from brutal Surface life.


What she finds initially in the Core is a utopia compared to the Surface—it’s free of hard labor, gun-wielding officials, and the moon's lethal acid. But life is anything but safe, and Clementine learns that the planet's leaders are planning to exterminate Surface dwellers—and that means Logan, too.

Trapped by the steel walls of the underground and the lies that keep her safe, Clementine must find a way to escape and rescue Logan and the rest of the planet. But the planet leaders don't want her running—they want her subdued.

With intense action scenes and a cast of unforgettable characters,Extraction is a page-turning, gripping read, sure to entertain lovers of Hunger Games and Ender's Game and leave them breathless for more.


This is a dystopian novel, which can hold up with the best of them. Clementine is a self-assured girl who's complete existence centers around survival. If she doesn't pass the test given by the government in the core of the planet, her life will end at 20. Unfortunately, only 10 kids pass the test each year from hundreds. It's a brutal moon, a brutal society and a brutal story, but that's a small part of what makes it good.

The reader is pulled into Clementine's world, and it's easy to sympathize with her. The writer does a terrific job of letting us into her head and world. She has her faults, which not only make her more likable but create a nice character development throughout the book. The other characters are well done, adding a perfect balance to the plot.

The world building pulls into a foreign planet without feeling over-done. But it's no problem to dive in. And the story definitely makes one dive in. There's tons of action, mounting at the end to a flurry, but there's also enough reflection time to get to know the characters well.

I can definitely recommend this. Although the dystopian feel in the beginning is undeniable (and after the wave of dystopians, very familiar), the story takes a wonderful science fiction twist, ending with agile spaceships and alien wars.

You can find this here on Amazon! 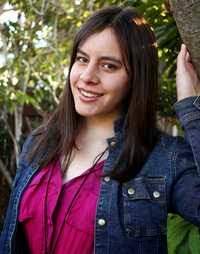 Twenty-one-year-old Stephanie Diaz wrote her debut novel, Extraction, when she should've been making short films and listening to college lectures at San Diego State University. When she isn't lost in books, she can be found singing, marveling at the night sky, or fan-girling over TV shows.
WEBSITE | TWITTER | FACEBOOK

A Different Kind of Safari by Helen C. Hipp with Giveaway

Title: A Different Kind of Safari | Author: Helen C. Hipp | Publication Date: March 19, 2013 | Publisher: A Different Kind of Safari LLC | Pages: 32 | Recommended Ages: 5 to 10 Summary: What do you need to feel happy about being different? Based loosely on real life experiences, this heartwarming and powerful book illustrates how self-awareness, and courage help a young boy named Raymond learn the difference between seeing things as they appear to be and seeing things as they are. Feeling "different and lonely" Raymond befriends a hippo while on Safari in Africa. Unlike other grey hippos, this hippo is pink. Ray is soon carried into a world beyond labels and challenging assumptions. You will never guess what happens next!


The Inspiration Behind the Story by Helen Hipp

Inspired by real-life adventure, the story behind the story unfolded when I went on an African safari back in 2001. The trip was lead by my father whose dream was to share the safari experience with his family. Little did I know that this trip was going to incite me to write a children’s adventure book but it did. The storyline made it appearance when my family spotted a pod of hippos and one was pink! My son Ray fourteen at the time immediately named her “Rosie”. Curious and wanting to learn more about this hippo we asked the guide many questions about hippos and hippo behavior. Specifically I wanted to know why the pink hippo stood so far outside of her pod. The familiarity of the guides answer took me by surprise, he explained that “Rosie” was tolerated but not necessarily accepted by the herd because of her differences. As a parent of a child with special needs I immediately felt a strong affiliation with Rosie’s situation as did my son Ray who has experienced his own challenges with acceptance. Inspired, I decided to share the story with the world by weaving them into a children's adventure book that celebrates differences. The book is entitled “A Different Kind of Safari”. Find out what you can learn from Rosie the pink hippo, and how you can share those lessons with the children in your life.


The Buzz About the Book

"A timeless book, that will speak to everyone. To be enjoyed over and over again! A fun, yet very thought provoking story for all ages. If books had a satisfaction guarantee, this one would be on the top of the list. " ~ 5 Star Review, Adden B. Chrystie, Amazon
"A Different Kind of Safari is truly a different kind of children's book! The beautiful artwork bring a very special story to life and I am excited the book is now available in audio format for an added bonus while driving kids around town! I particularly love the message of the book, which teaches us to celebrate our unique differences through Rosie the Pink Hippo rather than allow them to keep us from exploring our potentials. I highly recommend this book to all parents and special needs educators in particular. Thank you for writing this wonderful story!" ~ 5 Star Review, missladyjane, Barnes and Noble
"I really enjoyed this book. The illustrations were beautiful. I found this book to be very interesting and it was written from real life experiences. A Different Kind of Safari draws you in along with Ray on his journey to find his happiness and the answers to his questions. I recommend this book to children that are of grade school age but yet many younger children may enjoy the illustrations." ~ 5 Star Review, Whittle House, Goodreads
"The book has a great story. The illustrations are amazing!!!!! Get this book! All children from the young to the old will love this book. " ~ 5 Star Review, Mel, Amazon
"A Different Kind of Safari is not only a good book, but a great story! It is not only for caregivers, teachers and parents, but for anyone who has ever felt out of place. A pink hippo named “Rosie” and her friend “Ray” take a journey and explore their similarities and differences on the river of life. Self- acceptance and the acceptance of others is exquisitely conveyed in a fresh, FUN way through this sweet tail. It is a prize for all libraries!" ~ 5 Star Review, Anna Wood, Barnes and Noble


About the Author: Helen C. Hipp

Helen Hipp’s experience raising a special needs child led her to an M.A. in clinical psychology and certification as a life coach. She began her career as a psychotherapist to help people find answers for their life problems. Her work eventually evolved into a coaching practice, WithinU Life Coaching, focusing on individuals with special needs and their families. Helen uses her 13+ years of counseling experience and 20+ years’ experience as a successful advocate for individuals with special needs by helping them reveal their innate ability to solve difficult situations. Her debut book " A Different Kind of Safari" puts into words the essence of Helen's teachings addressing the many questions life asks by offering up lighthearted, ever-changing perspectives that transform personal challenges into opportunities. For more information, visit the books official website and to see a picture of the real Rosie the real life pink hippo that inspired this story, go to www.adifferentkindofsafari.com

Prize: $25 Amazon Gift Card or PayPal cash (winner’s choice) Contest ends: August 6, 11:59 pm, 2014 Open: Internationally How to enter: Please enter using the Rafflecopter widget below. Terms and Conditions: NO PURCHASE NECESSARY TO ENTER OR WIN. VOID WHERE PROHIBITED BY LAW. A winner will be randomly drawn through the Rafflecopter widget and will be contacted by email within 48 hours after the giveaway ends. The winner will then have 72 hours to respond. If the winner does not respond within 72 hours, a new draw will take place for a new winner. Odds of winning will vary depending on the number of eligible entries received. This contest is in no way sponsored, endorsed or administered by, or associated with Facebook. This giveaway is sponsored by the author, Helen Hipp and is hosted and managed by Renee from Mother Daughter Book Reviews. If you have any additional questions – feel free to send and email to Renee(at)MotherDaughterBookReviews(dot)com. a Rafflecopter giveaway