Review: Guardian of the Groceries by Michael Albanese and Laura Kirkland 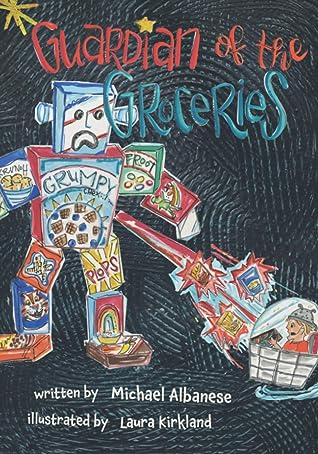 GUARDIAN OF THE GROCERIES
by Michael Albanese
Illustrated by Laura Kirkland
Picture Book
40 pages
ages 4 to 8
Henry gets bored sometimes. I mean, we all do. One day, when his mother takes him the grocery store (the most boring place on earth!), Henry decides to use his imagination. And what happens next is the most incredible adventure he's ever been on! Join Henry on this unexpected journey and you, too, might just be surprised by what you find! "It's okay to be bored sometimes. That's the perfect time to use your imagination." - Henry's Mom"
GOODREADS  /   AMAZON  /   BOOK DEPOSITORY
MY TIDBITS
Imagination spills from every page, transforming a seemingly mundane task of life into an amazing adventure.
Henry is bored. When his mother claims that an adventure can be found at the grocery store, he isn't convinced but hopes she's right. When she asks him to guard the groceries while she continues to collect some last items, he sinks into a space-like adventure, which is like none the grocery store has ever seen before.
The idea behind this book is clear: imagination changes everything, and it's something young listeners will automatically understand. After all, Henry is probably a lot like many of them...although his imagination is more than rich. He's easy to connect with right away as he sits around and raises his eyebrows when his mother claims the grocery store is an adventure.  The launch into his imagination did feel a bit forced, since the store worked does do something which probably would rarely (if ever) happen. And the adventure he has might surpass most kids' imaginations, but that doesn't mean it isn't fun to experience right along with him. I could see young adventurers really enjoying this one quite a bit.
The illustrations in this one are bright and bold and follow right along at the age group. It might inspire young listeners to illustrate their own adventures, too.
All in all, this is a fun read and great for those whose imaginations tend to know no bounds.
And here they are...

Laura Kirkland embodies creativity.  As an artist who founded Laura Kirkland Designs and contributed some of the bestselling ceramic designs at Glory Haus, she lives to inspire wonder in everything she does.  Her creative spirit is present everywhere from gardening, painting and illustrating.  Laura lives on 6 acres in Marietta, GA with her husband Sean and their 5 children (along with many chickens!).  Guardian of the Groceries is her first children's book. 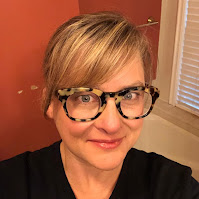 Michael Albanese is a writer, entrepreneur and coffee aficionado.  After many years adventuring in New York City and Los Angeles, he relocated to Georgia to help pioneer a creative community in South Atlanta called Trilith.  Michael lives and dreams with his wife, actress Wynn Everett, and their two imaginative daughters.
on March 21, 2021