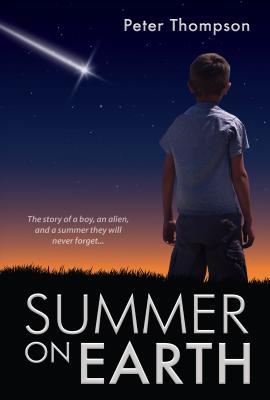 The night that eleven-year-old Grady Johnson looked out his window and wished upon a shooting star, his life changed forever. Grady, his Ma, and younger sister Luanne are having a hard summer. Dad has died and the family isn't the same. Though Ma is trying her best, Grady knows they don't have enough money to get by. The shooting star he saw was a space craft plunging to Earth, and landing at the back of their farm. Extraterrestrial engineer Ralwil Turth has one goal, to fix his power drive and go back home. But things don't go as planned. Stuck in human form, he gets to know Grady and his family as he works on their farm. He starts to learn about what it means to be human, and the exotic charms of this planet like the taste of potatoes, and how amazing bugs are. As Ralwil grows to care for Grady and his family, he comes up with a plan to help them, sure it will solve all their problems. But when trouble comes, the family's survival and Ralwil's very life are on the line. Can Grady find the courage to help his family and save his friend?

A dash of humor, a tad bit of adventure and a ton of heart-warming moments make this a lovely read.

Ralwil, soon to be known on Earth as 'Will', is underway to his home planet when his ship breaks down. Forced to land on Earth and hope he can complete the necessary repairs, he stumbles across a human family and does the unthinkable--he lets them see him. Luckily, he's in his human form. Eleven-year-old Grady discovers Will first, and thanks to some alien skills, makes mental contact. The two bond a friendship as does  the rest of the family. Will discovers that fixing his ship might be a problem, especially since he's letting himself get wrapped up in Grady's family's own troubles. In the end, it's Grady who must decide if he'll protect Will or save his family.

In some ways, this reminded me of E.T.. Ralwil is an intelligent character who's trying his best to adapt to the situation and find a way home. He develops feelings for the human family and does his best to help them, which lands him in trouble. The self-sacrifice in the name of friendship pulls at the heart-strings and leaves with a bitter-sweet, warm-fuzzy feeling.

But this isn't E.T.. The story is told from two points of view: Ralwil and Grady. The story starts out with Ralwil, his ship troubles and the first hours on Earth. The author does a wonderful job of letting these experiences flow from Ralwil's viewpoint, and stays in an alien's mind: what they see...what is strange...how they interpret things. Young readers are taken to Earth with these different eyes, while learning to really get to know this alien and sympathize with him. Ralwil comes across, as a human, as if he's a bit slow. Although the townsfolk notice this, Grady's family accepts it with open arms and doesn't say a thing. It was simply sweet.

Grady is a pretty normal kid, who's caught in a bad situation. He has to deal not only with Ralwil and try to help him--although he isn't aware of Ralwil's true identity--but Grady is trying to slide into the new family circumstances, since his father passed away. The emotions and problems involved with this tragedy are very present in the family and come across realistic. When they hurt, it almost draws tears and creates an emotional read.

This isn't the quickest paced book and isn't packed full of alien action. Instead, it's a read that grabs, makes the reader feel and leaves some food for thought. The writing is simple enough for the lower middle grade audience but had a few more complicated words thrown in every now and then. In general, it's an easy read. There's always something new to consider, which causes the pages to glide by.

Summed up, this is a lovely tale of forming friendships, loyalty and going the extra mile when someone needs help. Although science fiction fans will feel at home, this is by no means a read only for them. 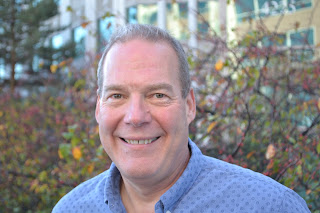 Peter Thompson grew up in Illinois, and lives near Chicago. He remembers how excited he was when the first astronaut stepped on to the moon. He has had an appreciation of space, and the possibility of aliens ever since. His love of children’s books developed while reading to his three sons. He has always been a reader, the writing came later. Though previously published, this is his first novel for young readers. In his free time he hikes, reads, writes, paints and is planning his next trip to an out of the way location.