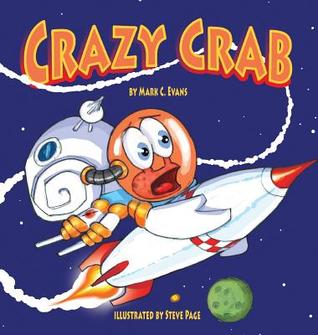 
Steve is no ordinary Hermit Crab. He has a big dream... to be an astronaut and fly in space! His friends and family think he is crazy. They don't send crabs into space. Will Steve have "the right stuff" to be sent on a daring mission to Mars? Can he work hard to beat mischievous mice and mad monkeys to ride a rocket to the red planet? Only time and training will tell in this hilarious story of a crazy crab who wants to reach for the stars.

An exciting tale, which shoots off with a very adventurous crab.

Steve has a pretty nice life, but he dreams of more. Despite what his friends and family say, he's ready to chase his dream and shoot off into space. But the adventurous that await him are more than he ever expected them to be.

This is a cute, bright and simply fun read. Steve is a crab, easy to love. The fact that he's a hermit crab is sure to grab young reader's interest, especially since he has such high hopes. The adventure is fast paced and perfectly worded for young listeners. Every page draws in with something new and tons of imagination.

The illustrations are bright and have enough extra details to bring kids back time and again. The atmosphere comes across well, letting the scenes come to life. The pictures mix well with the text, and especially the humor is sure to bring a few giggles.

At twenty-eight pages, it's a quick read, but it's definitely an exciting one. There was a little missing about Steve's actual trip but kids will love every minute of this space tale. 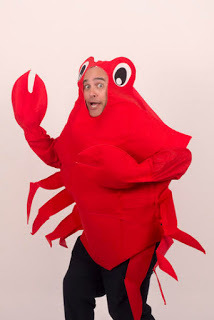 Mark C. Evans was born in Perth, Australia and studied theater and film and drama teaching at the University. He has spent most of his career as a professional actor perform on TV, film and stage. As an actor, he toured schools during Book Week, performing as characters from children's literature. During these tours, he discovered the wonderful influence that a great story can have on children. He has been a writer and director of many short comedy films and loves to spread laughter through his words and cheeky, off the wall humor. He lives with his family in Perth and has a serious addiction to finding new picture books at his local library so he can read them to his children and be inspired by other great writers.