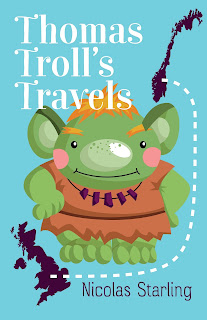 
Thomas the Troll comes from Norway. Like most Trolls he is mischievous, naughty and full of adventure.
One day, he has to leave Norway because the troll elders are going to punish him for being so cheeky.
Thomas decides to live in England and has had all kinds of adventures on the way there.
He meets elves, gnomes and brings Ticklefish with him; Ticklefish are great fun and nearly as naughty as Trolls.
Thomas meets pirates a friendly ghost and even thinks he's sees the queen!
Some people think Trolls are a fairy tale. I don't. Do you?

Thomas Troll packs a hard shell with a soft inside, and tons of giggles along the way.

Thomas Troll has gotten himself into a bit of trouble. The elders aren't pleased with him and plan to punish him for his cheeky attitude. He'll have none of that and decides to head off for England, but he'll have tons of adventures along the way.

This is perfect as a bedtime story. It's a tale which can pull nicely over several nights and has enough snark, imagination and quirk to make both parents and kids giggle and snort. I'd first recommend it as a read alone to ages eight and up, since some of the writing and vocabulary might be a bit tough on the slightly younger audience. It's a different sort of tale, one kids will know how to enjoy. The travels and adventures are not subtle but let the fantasy flow in abundance.

That said, Thomas is quite the troll. Although he comes across rough, he's got a super soft core which makes him hard not to like. His attitude will have kids laughing, although it's definitely on the cheeky side. The other characters make this a fun fantasy with cute twists and turns.

The only thing missing are the illustrations. They would have added a nice facet and brought the story more life.

Still, Thomas Troll is a lovely character, making this an enjoyable read. 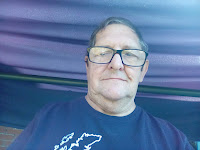 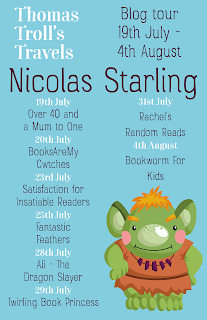