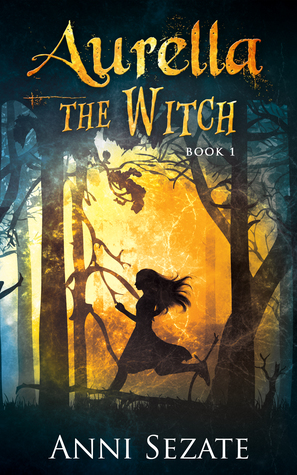 
Aurella found out she’s a witch… just in time to start a witch hunt.

Twelve years ago, the kingdom of Dovice was purged of magic. All the witches were killed in a massive witch hunt, and evidence of their existence was erased from history. So when Aurella discovers she’s a witch, she’s both confused and frightened. Despite the risk of revealing herself, Aurella uses her powers to protect her only friend from a dangerous situation and accidentally sets in motion another witch hunt, making her the key target.

With few allies and an entire country against her, Aurella flees north in hopes of finding Rashtica, the alleged kingdom where her kind live in peace. But Aurella can’t run forever, and if she doesn’t learn to embrace her power, the witch hunt she brought about could be her bitter end.


Magic, fantasy and friendship make this an adventure to get lost in and hold on to even after it the last page ends.

In a land where magic has been completely wiped-out and destroyed, the last thing Aurella hates to be called is  a witch. But when she accidentally casts a spell, bullying is the last thing she's concerned about. Forced to hide her true nature, Aurella embarks on a journey to find the one place where she might survive in peace, Rashtica. But her hopes of reaching it quickly unravel, and she's in more danger than she ever imagined she could be.

There is so much to love about this magical world. The author does a terrific job of creating a place which is familiar enough to feel a bit like home, while staying fantastical enough to allow dreams to take flight. There are enough details to bring everything to life without bogging down the pace. It's a great introduction to a world, which can easily support the adventures of an entire series.

Aurella is a lovely character. She's a bit too mature for a twelve-year-old but, that aside, the age enables other facets of the story to unfold nicely. She's kind and daring but not quite perfect, making her easy to cheer for the whole way through. Her age allows the beautiful friendship with a slightly older Mavic to form without a wave of drama, which probably would have happened had she been older. The friendship between the two was my favorite part of the story. They are opposites in many ways, and it's exactly this that creates the perfect balance. The dialogue and interaction between the two keeps the story moving along and makes both very sympathetic.

A vast variety of characters is introduced as the plot unfolds, each one adding a new facet and layer. It was a treat to meet each one and watch how the story thickened with each new personality. The side characters aren't simply thrown in, but have their own small histories and importance. It's a fun adventure, but never overly simple. And the magical aspects add a nice twist.

I can't wait to see where the adventure goes from here.

Debut author Anni Sezate is an elementary school teacher from Gilbert, Arizona. She received her education degree from Arizona State University, though she spent a semester living out her acting dreams as a musical theater major. Anni is your typical right-brained lefty who spends most of her time reading, writing, drawing, and singing way too loudly to Broadway soundtracks. Anni is a proud daughter, sister, aunt, and Ravenclaw (Thunderbird, if we’re being technical).