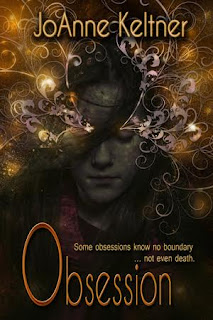 Abby had the perfect life: shopping sprees at the mall, a pool in her backyard, a dream bedroom, a BFF… That is, until her family moved to the backwoods of Wisconsin.
Abby plans to prove this backwoods dump is no place for a thirteen-year-old. So when her parents hire a carpenter and his son, Greg, she hangs out with the older boy to make her parents worry. But Greg turns out to be a total creep, and although Abby tells him she doesn’t like him, he continues to make her life miserable, watching her, trying to get close to her, threatening her.
What’s creepier is the mysterious brown-haired girl that keeps appearing and disappearing without saying a word. When Abby finds the girl's diary in the outbuilding, she learns that they share a common enemy, Greg.
Will they share the same fate too?

Spine-tingling and eerie from beginning to end, this is a quick read to satisfy YA paranormal fans who love a slight amount of horror too.

Abby isn't thrilled about the family move to 'the sticks'. She'd rather be with her best friend, shopping at the mall than watching her parents attempt to turn a half-built house into a dream. But soon her social life becomes the least of her worries.

At around 180 pages, this is a quick read, but it's one that packs a punch. Abby is a thirteen-year-old girl with a bit of an attitude, but then her older sister isn't a super kind soul either. This book caught me a little off guard, at first. It is a YA novel--which, as the plot goes along, fits perfectly--but Abby herself comes across a little young and hit me more as a good fit for an upper middle grade story. There are a few things the author touches on which fit the tweeny age group, and I'm not sure they really added anything to the plot or Abby's character. Luckily, this 'age' issue is irrelevant as trouble nears and the real problem looms over Abby's head like a dark omen.

There are twists and turns but most of them aren't unexpected. Still, that's not necessary to keep the tension high. It's clear what the evil is, but the author keeps the reader on the edge of the seat until the very end. It's easy to fear for Abby and wonder if she'll somehow manage to escape the fate laid out for her. She's level-headed--although her parents aren't--and her actions make sense for the most part. This makes the story even spookier as she tries to escape from a danger she senses is there, but keeps ramming into walls, which have been built by her own stupidity. So bonus points to Abby on that!

Summed up, this is a quick, thrilling read which is sure to delight younger YA fans and keep their knuckles white as they grip these pages until that very last page.

JoAnne Keltner is the author of Goth Girl, Virgin Queen (Solstice Publishing, 2015) and Obsession (Musa Publishing, 2013 ed.). As an only child and avid daydreamer, she spent hours alone in her backyard on the South Side of Chicago, which she imagined to be everything from an alien planet to Antarctica. She currently lives in Raleigh, North Carolina, with her husband, four dogs, cat, and three chickens. When she isn’t writing or freelance editing, she’s obsessively streaming popular TV shows.
Social Media Links:
Website: Joannekeltner.com
Facebook: https://www.facebook.com/JoAnneKeltnerAuthor/
Facebook: https://www.facebook.com/ObsessionYAGhostStoryMystery/
Twitter: @JoAnneKeltner