Review: The Children Under the Ice by R. A. Douthitt 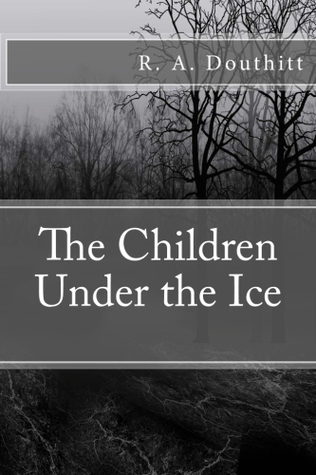 THE CHILDREN UNDER THE ICE
by R. A Douthitt
Middle Grade Mystery
270 pages
ages 10 and up

Twelve year old Mikey hates hockey, but loves newspaper reporting, he’s quirky that way. One night, Mikey discovers the newspaper story of a lifetime when he falls through the ice of the Sherman Oaks Pond and sees the ghosts of children with a secret. And that’s when everything falls apart. No one believes Mikey’s story, not even his dad, the town Sheriff.
Now Mikey has to let go and trust a ghost to help him solve a crime...can you trust a ghost to solve a crime?


This is one of those books, which demands a flashlight under the blanket and will be read until all hours of the night.
Mikey really isn't wild about his dad's obsession with making him into a hockey star. He'd rather write for a newspaper. When a weird accident causes Mikey to fall through the pond's ice and be declared dead for a few seconds before he's revived, he sees the ghosts of the children who died in the pond around 15 years before. And one of them looks just like him.
This book packs a punch and is not for the more gentle reader. Right away on the first page, the author pulls into a goose bump raising scene--a murder is witnessed by four boys. The second they're caught, it's clear what will happen next. It isn't gruesome, but there is a no nonsense feel to the story. It's dark, it's a mystery and it does send chills up and down the spine. But it holds even more than that.
Mikey is a normal kid, fighting normal problems. He has friends, some truer than others. He has a loving family, in which the parents are divorced, but he is loved despite the stumbling blocks. And he has a little trouble trying to figure out who he is, especially in relationship to his father and the dreams that the two don't share. The dialogue and relationships with the other characters comes across naturally and realistically.
Not a single, boring moment seeps in as Mikey is thrown into a mystery. The clues are carefully placed, not too obvious and always with a slight twist. It's hard to see where the whole thing is going and how it will end. It keeps the readers on their toes, while maintaining a lovely sense of tension the entire time. The paranormal aspect weaves in seamlessly, just enough and never too much. It's a bit spooky at times, so there might be the need to check those closets and under the bed, but with Mikey and his friends, it never goes too far into the horror end. In other words, great for kids ten and above who seek a little thrill and chilling moments.
The ending wraps up all loose ends and prods on to continue the series as another eerie moment hints at the next mystery to come.

As an artist, R. A. Douthitt had always wanted to illustrate books for children, but never thought about actually writing books. But, with the help of self-publishing tools, she's doing just that. In 2008, her first book, The Dragon Forest, was published. Fast forward to 2017, she has now completed two series for middle grade readers. Her latest series, The Children Under the Ice, The Children in the Garden, and The Children of Manor House, is now available and is receiving excellent reviews from readers of all ages. Next on the agenda? R. A. Douthitt is currently writing and illustrating a Dragon Forest spin-off series called The Elves of Vulgaard to be released this summer. Her dream of illustrating books for children is finally coming true!

You can find her other books here!

Email ThisBlogThis!Share to TwitterShare to FacebookShare to Pinterest
Labels: Middle Grade Mystery, R.A. Douthitt, The Children Under the Ice