We're several months into the year, and I'm swimming in great reads. We'll be shooting in all directions during the next few weeks, but there is a lean toward girl power and a few more serious reads. Age group wise, it's going to be a pretty even spread of picture books, middle grade reads and young adult tales, and we'll hit everything from fantasy to science fiction to romance to historical fiction to paranormal to contemporary and even something a bit more experimental.
In other words, expect a lot because it should be a fun ride...
*coughcough*
I mean read.

BREATHING UNDERWATER
The title and cover make it pretty obvious that this one heads in the romance direction, but it flows around sisterly love as well. I like the cover...and the fact that it's a middle grade read. And the cover...did I say the cover? You can read my thoughts about this one on the 2nd. (And not just about the cover)
Middle Grade Contemporary

TAKE THREE GIRLS
Ready for that girl power pure I mentioned? This one is written by an already much-loved, author trio: Cath Crowley, Fiona Wood, and Simmone Howell. And nope, I have not read anything from them, yet, but have heard tons of buzz. Addressing tough issues, these pages are said to be light-hearted and super engaging. I'll let you know what I think on the 6th (which happens to be release day!).
Young Adult Contemporary

ODDILY
I'm super excited about this one. It takes place around the time of the Louisiana Purchase with the daughter of a doctor. Upon his death, he, leaves her to protect a magical object...although she has no clue what it does. It should be rich in history, adventure, and even has a teapot which makes never ending tea as requested. Isn't that cool? Discover it with me on the 10th.
Middle Grade Historical Fantasy

GOOD NIGHT, EARTH
I cheated and already took a look at this one. The illustrations are so artistic, and it's packed with animals from the other side of the globe. Plus, it has the cutest, quirkiest, and most original alien twist. Curious? Gaze at it with me on the 14th.
Picture Book

MAX AND THE SPICE THIEVES
Who wants to set sail for high-sea adventure? It's been a long time, since I've journeyed with a character over the waves. This is another middle grade read and rotates around a young man, family, and friendship. Take a peek with me on the 15th before it releases on the 20th.
Middle Grade Adventure

YOUR HEART, MY SKY
Cuba is the setting for this historic book, and it takes place during the 'el periodo especial en tiempos de paz'.  It's said to have tons of heart and be packed to the gills with emotions as it follows two characters and their struggle to find food, when they refuse to follow government requirements. I'm going to learn something new in these pages. Find out more on the 19th.
Young Adult Historical 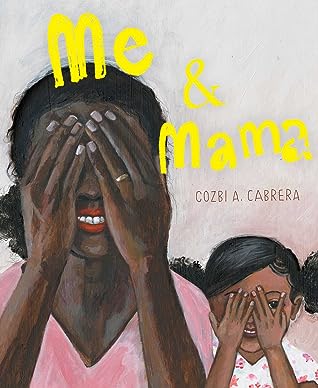 ME & MAMA
I'm sneaking in a feel-good for moms and their kids. These tended to be a favorite when mine were younger, since they were always ready for mom cuddles and love. Feel the warmth with me on the 22nd.
Picture Book

SOMETHING FOR BEBE
Time to shift gears to a thriller (I promised this month was broad). With a jaunt into the realm of journalism, this young girl pursues a murderer around the world. It also touches upon Bosnia and should peek into some of the turbulent history there...something I'm looking forward to. I'll be presenting this one on the 24th.
Young Adult Thriller

A DRAGONBIRD IN THE FERN
I loved the cover on this one, too. You might have noticed that I grab books for covers quite often. This one is a fantasy revolving around royal intrigue, murder, unwanted marriage, and sisters. I'll be presenting it on the 26th, and it releases August 3rd.
Young Adult Fantasy

SISTERS OF THE WOLF
Time to dive into the past, and I mean, way into the past. Taking place in pre-historic times...and when was the last time a YA historical has been written in that time period?...this one isn't only about adventure but about sister relationships. Honestly, the time period had me wanting to explore this one. Be ready to visit those mammoths with me on the 28th.
Young Adult Historical
And that's all you're getting from me for now. I have several more contemporaries, some nonfiction coming, something really unique with a fantastic waltz into classical music... In other words, you aren't going to want to miss out on all the goodness coming out way.
Oh, and let's not forget this month's joker (thanks to the huge pile of reads, I always have one to slide in sometime...hopefully.)

ESCAPE FROM A VIDEO GAME: MYSTERY ON THE STARSHIP CRUSADER
A book which brings video games into a literature form? Sign me up! This is the second book in a series...and yes, I actually read the first one and enjoyed it quite a bit. Since I have no doubt that young readers out there will love this concept, I'm going to be hitting this one and sharing with it with you, too. But when? That's the question!
Middle Grade Science Fiction / Gamer Fiction
on March 31, 2021