What better way to start off the new year than with a very diverse bunch of book, which introduce young readers to the world of languages? Some of you may know that my own family is bilingual and bicultural. So, teaching kids multiple languages is something close and dear to my heart. Language Lizard is a publisher, who specializes in bilingual literature...and they have a huge variety.

The books I'm presenting today, hover around English idioms. And the publisher already offers these in 9 languages! I had some fun with the below covers to give you a taste of the wide-spread languages available: Spanish, Arabic, Chinese, Vietnamese, French, Haitian...   The list goes on and on. Plus, they are available with audio.

But it's not only the vast amount of languages available, which impressed me. These books embrace diversity, and the world in all aspects. The illustrations portray scenes from various cultures, keeping the colorfulness alive on every page. The idioms are presented in a very straight-forward manner, a short definition of the meaning is give, and then it's used in a sentence, which makes the meaning behind the words very clear. So, this one does keep the idea of learning what certain idioms mean at the center of attention. The illustrations help support the meaning as well.

It's a vast reaching series (on the language front) and does a good job at bringing a difficult concept—English idioms—across in a way, which umbrellas more than just a couple of languages.

It's a publisher I'm definitely going to be keeping my eyes on. 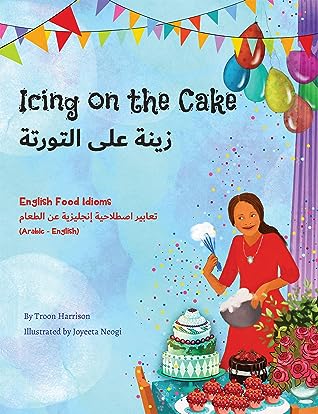 Icing on the Cake
by Troon Harrison
Illustrated by Joyeeta Neogi
(The one shown is translated by Mahi Adel)
This one centers around English idioms, which mention food. While food might be considered a very culture orientated thing, this book still manages to let the diversity fly. 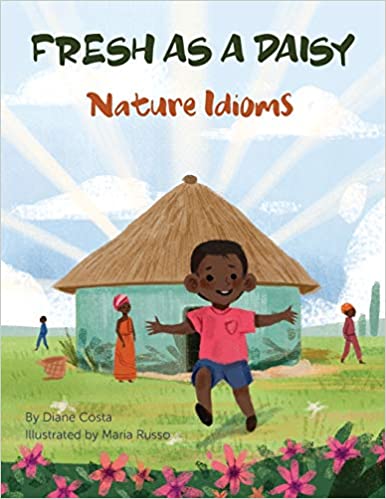 FRESH AS A DAISY
by Diana Costa
Illustrated by Maria Russo

This one looks at the idioms strung around things found in nature and really lets the cultural scenes roll in with vibrant life. 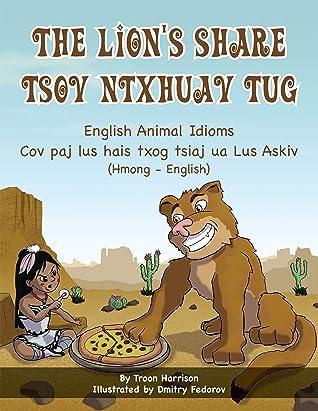 Animals have sunk into many English idioms, and this book takes a fun look at those. 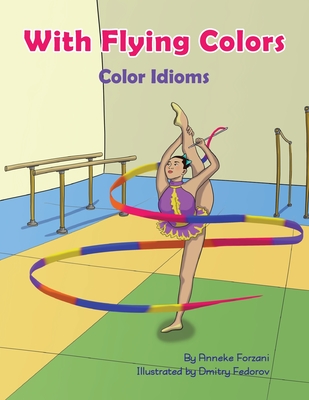 WITH FLYING COLORS
by
Anneke Vanmarcke Forzani
I was surprised how many English idioms come from colors...I just never took the time to think about it. And this one dives into more than a few.
Available:
LANGUAGE LIZARD
WHAT MAKES THESE BOOKS SPECIAL

• One of the lesson plans teaches about figurative language while looking at similar idioms in different languages/cultures, and has kids explore idioms in their home language with their parents.

• The idiom activities include fill-in-the-blank stories in which the content of the stories teaches kids about other cultures, such as the Hindu Holi festival, the Japanese Hanami cherry-blossom-viewing, or animals in South America.

• Explanations are given for the multicultural illustrations, along with the history of all the idioms in the books.

• English audio files are available to help language learners. And of course the bilingual versions provide meanings and explanations in the reader's home language. Which languages interest you???

Email ThisBlogThis!Share to TwitterShare to FacebookShare to Pinterest
Labels: Fresh As A Daisy, Icing On The Cake, Language Lizard, Multicultural Idiom Books, The Lion's Share, With Flying Colors