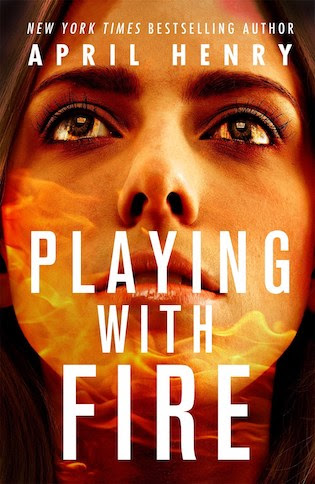 When a fire cuts off a popular trail in the Oregon forest, a small group trapped by the flames must find another way out―or die―in Playing with Fire, an unrelenting teen-vs-nature YA thriller by New York Times bestselling author April Henry.

Natalia is not the kind of girl who takes risks. Six years ago, she barely survived the house fire that killed her baby brother. Now she is cautious and always plays it safe. For months, her co-worker Wyatt has begged her to come hiking with him, and Natalia finally agrees.

But when a wildfire breaks out, blocking the trail back, a perfect sunny day quickly morphs into a nightmare. With no cell service, few supplies, and no clear way out of the burning forest, a group of strangers will have to become allies if they’re going to survive. Hiking in the dark, they must reach the only way out―a foot bridge over a deep canyon―before the fire catches them.

Hugging closely with reality, this is a thrilling tale with tons of high-stake moments.

Despite living near the mountains, Natalia has never gone hiking, but thanks to a friend, that's about to change. After a nice trip, they turn back down the trail to head to the car and are met with incoming flames. Together with other hikers stuck on the trail, they get word from a rescue helicopter to head toward a bridge over a canyon. But getting there isn't going to be easy, especially when Natalia already barely survived a fire six years before and isn't psychologically completely past the experience. And especially since there might be someone there who wants to kill her.
The tale starts off with a very grabbing scene and sets the stage for the thrill to come. It's quickly clear what kind of troubles (fire-wise) Natalia and the others will be up against. Even some of the dangerous moments along the way aren't exactly hard to see coming. But it's exactly that which keeps the tension high. Every turn carries danger and time is running short with flames threatening from several sides.
The author has done her research, and every moment comes across with realistic flair. The scenes, dangers and solutions are logical and understandable. This hits so well that the moments Natalia offers medical assistance could almost be copied in real life...they carry that much detail.
There's a colorful mix of characters, which keep the stakes high, the moments more unpredictable and, at the same time, adds a little zest to the situations. Each person has their positives and negatives, and these filter in at all the right times. There were times where too many problems occurred...too many accidents too fast...but in general, all was well. The writing itself is very well done, and that kept the story running smooth even when other things didn't. I also had a hard time feeling for Natalia's fear of fire, considering that if she hadn't had chapters remembering the problem, her reactions wouldn't have really had me guessing that she was mentally struggling.
All in all, it's an exciting read and has more than a few tense moments. 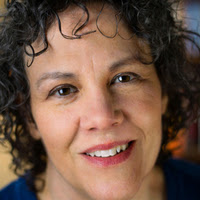 April Henry is the New York Times–bestselling author of many acclaimed mysteries for adults and young adults, including the YA novels The Girl in the White Van; Girl, Stolen; The Night She Disappeared; The Girl Who Was Supposed to Die; The Girl I Used to Be, which was nominated for an Edgar Award and won the Anthony Award for Best YA Mystery; Count All Her Bones; The Lonely Dead; Run, Hide, Fight Back; and The Body in the Woods and Blood Will Tell, the first two books in the Point Last Seen series. She lives in Oregon.