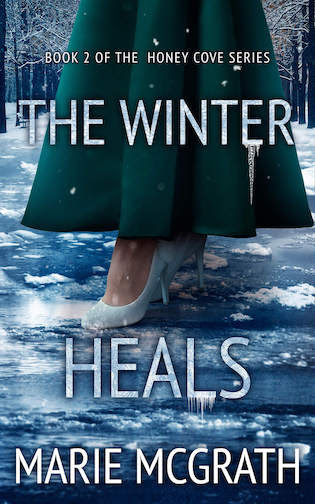 It was almost impossible to heal when everyone was out to get you.

Shelby Rowe was stuck between two worlds—the one she wanted and the one everyone else wanted for her. As the daughter of a prominent family in Honey Cove, Shelby’s life was out of her control. Her friends, interests, and even her love life was controlled by others.

When a new girl moves to town, Shelby’s life was turned upside down as she gets a glimpse of what life could be like—no obligations, no pressure. As the Christmas break begins, Shelby is left stuck between what is expected and what she feels is right. Split in half, Shelby has to make decisions to correct her life and heal her spirit.

Will she allow others to control who she is? Or will she finally go out on her own?

Luke watched me as I eyed Priscilla and Tabitha from across the room. “Don’t panic, Shelby. You’re by far the most beautiful one in this ballroom tonight.”

“Thanks, Luke, but I’m not worried about what anyone else looks like.”

He nodded and smiled, but it didn’t quite make it to his eyes.

I probably wouldn’t have believed me either. I wasn’t fully lying, just wasn’t the entire truth. Priscilla had a chance to outdo me; it was just her insecurities that came back for her. If she had more confidence, people wouldn’t hate her as much for the nasty things she always inflicted on others. Although, I supposed someone else could say similar things to me. I certainly hadn’t always been the nicest one around. I had done plenty of cruel things, things I still was ashamed of, but I tried to change. That had to account for something, right?

Priscilla and Tabitha spotted me and strutted my way.

Luke tightened his grip around my arm and into his chest. Did he think I needed protecting?

I reciprocated the gesture. “As do you. This color is stunning on you.”

She smiled and swished her dress against her ankles.

Priscilla’s eyebrow arched as she came closer for a hug. “Beautiful accessories, Shelby. It all really makes your eyes pop.”

I strained to smile, knowing anything they uttered about my appearance was merely a nod to social etiquette. It wasn’t genuine, at least not in the way I longed for a true compliment.

“Your mother outdid herself this year, Shelby,” Tabitha said.

Luke cleared his throat and nudged my side with his elbow.

“Sorry, ladies, how rude of me. You know Luke, obviously, but he’s my date.”

Luke grinned from ear to ear. “Ladies, you both look radiant this evening.”

“Well, we would love to stay and chat all night, but we must socialize with the guests. I’ll see you two later.”

I pulled Luke to stand at the second Christmas tree halfway between both exits.

Luke’s eyebrow rose. “Why did we walk away from them? We should be mingling with everyone.”

I snorted. “Please, Luke. I will mingle with the people who matter. Those two don’t matter. They will just gossip about anything they hear anyway, not worth our time.”

“Then who should we talk to, in your opinion? I think they matter to everyone else. If you aren’t flaunting me to your friends, what will people say?”

“They will have plenty to say, and we can discuss things with them when we are stuck at a table for dinner.”

“I suppose.” Luke moved his arm around me and hovered his right hand on the small of my back.

I bit the corner of my lip to avoid from shivering—or worse, cringing at his touch. It wasn’t awful, but it was more than I wish I had to endure.

“You know, you never told me if I looked dashing or not,” Luke said with a devilish grin.

I smiled. “You and I both know you do, especially with all of your matchy-matchy to my dress color.”

Luke feigned shock. “Is that a compliment from Shelby Rowe. Oh man. Alert Santa we’ll have a blizzard.”

I rolled my eyes. “Dramatic much?”

“Not at all. I only seem to get snarkiness from you.”

I shrugged. “Not always.”

“I apologize. You’re correct. I get snarky Shelby unless we’re pretending to be together. In which case, I get hushed-tone snarky Shelby.”

I giggled. “Is that so? How does one emanate snark in a hushed-tone kind of way?”

I smiled and looked into his hazel eyes. Okay, so he could be charming when he wanted to.

My father, with my mother in tow, strutted toward us. “Shelby and Luke, how splendid. You both look exquisite,” my father said. “Are you ready to meet a few people, Shelby?”

I followed my parents as Luke accompanied me. I straightened my frame and plastered a smile on my face. It was showtime.

An older couple stood to the side of the ballroom.

My father shook the older man’s hand and clapped his back. “Mr. Wyatt, this is my daughter Shelby and her date, Luke Warrington. Shelby, Mr. Wyatt is the head of sales at Rowe Industries.”

I curtsied as Luke shook the man’s hand.

My mother looked between us all but stayed silent. Her voice echoed in my head, “A true Rowe woman is seen but not heard. She makes her presence known but never overshadows the man she is with.” 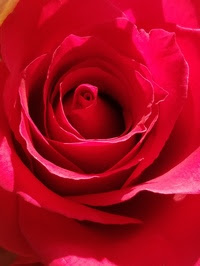 Marie McGrath lives in a small rural town in Maryland. She hopes to inspire others with her stories. Her favorite genres to read are YA Romance and Contemporary Fiction. She loves the color turquoise, tigers, and listening to music.