By some stroke of luck.. perhaps, an accident? Or maybe, it is fate? I have a row of books (three of them within the same week), which nod toward Russia and its rich folklore. Honestly, I didn't plan this streak. I just noticed it when taking a glance at my calendar. funny how things fall into place on their own, sometimes.
Today's read not only comes from Russia's rich tales but was written by an author, whose tales I've enjoyed before. The house on chicken legs caught my attention right away. Doesn't it scream fantasy and adventure? Plus, I'm a huge fan of lore and myth from around the world. So, there was no way I'd pass up taking a peek at this one.
Ready to see how it was? 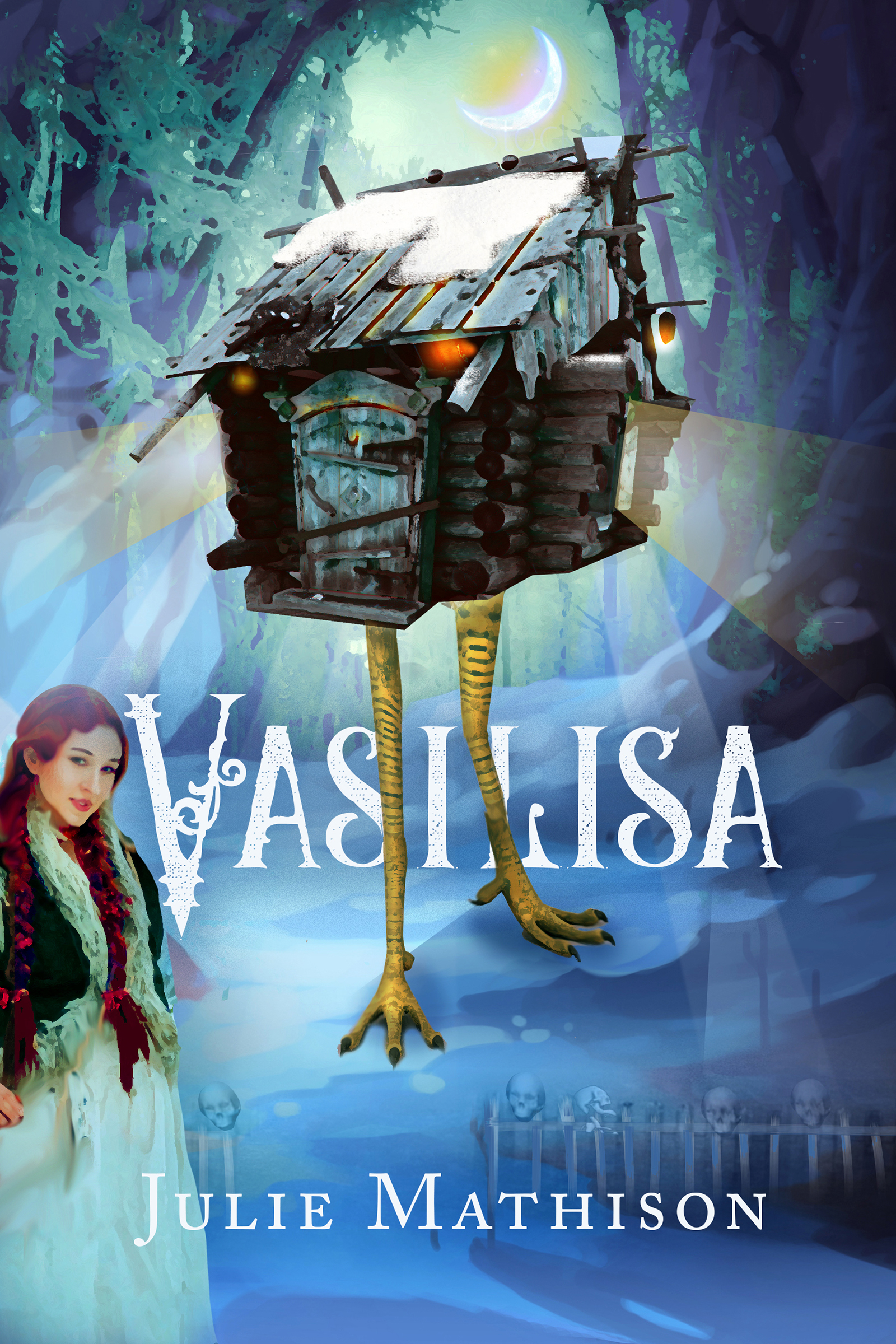 VASILISA
Old Rus, #1
by Julie Mathison
Starr Creek Press
Middle Grade Historical Fantasy
246 pages
Three witches, two children, one ogre -- and nowhere to run.It’s 1919, but in Edenfall, Pennsylvania, the Great War is not over -- not for Vasilisa, at least. Papa is presumed dead on the fields of Flanders, Mama is being courted by an absolute ogre, and now Babka, her beloved grandma, has had a bad spell. Or has she fallen under one? Only the Old Tales, the Russian fables Vasilisa was raised on, offer any comfort or counsel.But what if they are more than child's tales?Enter Ivan, who jumps a train for Edenfall at midnight and finds Vasilisa in a real fix. Old Rus is calling from across time and both worlds, and if they heed the call, they might both get what they want. It won’t be easy. Three witches, two children, one ogre – they’re outnumbered and outclassed. Baba Yaga and Old Koschei are after the same thing -- and each other -- and the children are caught in the crosshairs. Vasilisa has a secret weapon, in the humblest of guises, but will the meek truly inherit the earth? Or will the mighty prevail? One thing is certain: it’s a fairy tale of their own making, a tale whose happy ending is ever in doubt.
GOODREADS   /    B&N   /    BOOK DEPOSITORY    /     AMAZON
BOOK BLINK
* set in historical US and immigrants
* rich scenes and well researched
* swings fantasy masterfully into 'reality'
* strong family bonds
* strong female character
MY TIDBITS
These pages weave history and twists of folklore carefully together to create a rich and engaging read.
Vasilia lives in a small town in Pennsylvania around the 1920's. Her father disappeared during a battle, leaving her, her grandmother and mother to live alone. Vasilia is convinced he's not dead, but her mother isn't as sure, especially when financial troubles threaten to take every last thing they have. When a wealthy man asks Vasilia's mother for her hand in marriage, Vasilia can't let it happen, but she's unaware of the other troubles slinking up on her. And it's more than Vasilia ever dreamed possible.
The story of Baba Yaga is immediately present in these pages, but not in the way one might expect. Vasilia is a normal girl during 1919 with very real and usual concerns. While her Babka tells her of the old tales...something Vasilia loves and embraces...the tale doesn't leave steadfast reality for quite awhile. Plus, it adds all sorts of wonderful twists which remain close enough to the original tales to actually fall nicely in line.
It took me a page or two to sink into the writing style and dialogue. The author has done her research, and this is evident not only in the mannerisms and daily details but in the terms and word choice. But it flows well and doesn't go above the intended audience's head. It just took a few moments to grow accustom to it. The style definitely fits the setting and made it richer as Vasilia, the other characters and the surroundings come to life. There is enough character depth to get to know the positives, negatives and quirks of not only Vasilia and her later friend, Ivan, but also of several side characters. This did slow down the pacing a bit, but that also gives this one more of a fairy tale feel. It was easy to sink into and get lost in.
The mix and style are original and create an unexpected adventure. While action fans might not enjoy this one quite as much, those who like getting lost in a slightly magical world with a girl, who needs to battle impossible odds to save herself and her family, aren't going to want to put this one down.
You can find out more about Julie Mathison here
on April 03, 2021