Today's review steps in a slightly different direction...and that's an awesome thing! The Secret Mountain publishers take picture books to the next level by adding another aspect, which reaches children (and adults) even deeper than the written or read word. That's music. Their books combine both to make a lovely combination. And it's one, I'm really taken with.
Well, just read further and find out. 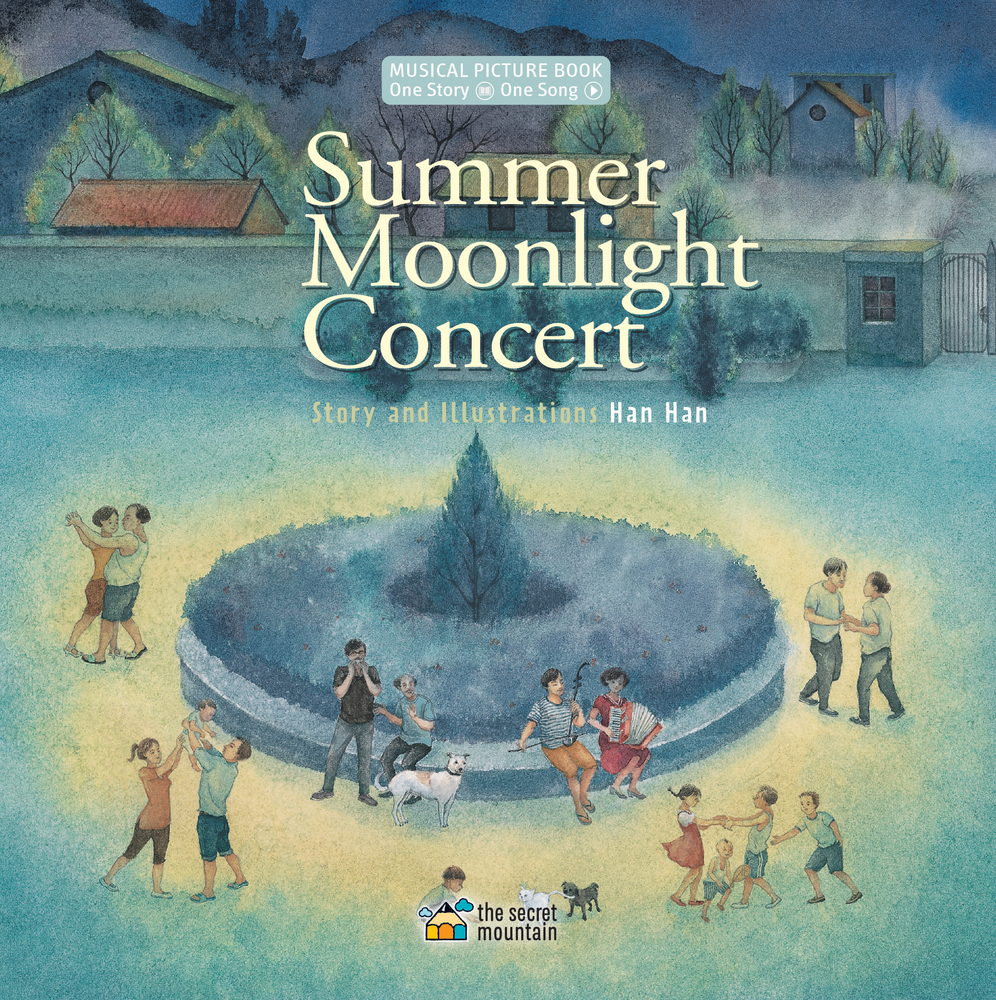 SUMMER MOONLIGHT CONCERT
by Han Han
The Secret Mountain
Picture Book / Music
40 pages
ages 4 to 8
COMING...
MAY 1st!!!
It happened towards the end of the day while her parents were peacefully preparing dinner. As her father lit a candle, he suggested they take out their musical instruments and descend to the park to perform for their neighbors. He played the erhu and her mother the accordion while she danced. The songs made their way into each home and soon, everyone joined the concert, laughing and singing under the moonlight, celebrating the music that had brought them together. The picture book is accompanied with recordings of the narrated story and the theme song.
GOODREADS   /    THE SECRET MOUNTAIN   /    AMAZON    /   B&N
BOOK BLINK
*  beautifully illustrated
* Chinese culture
* music included
* easy to relate to tale
MY TIDBITS
Lovely illustrations, beautifully composed music, and a touch of foreign culture, while holding the needed sense of familiarity, too...yep, this one holds everything possible to make it a wonderful read.
Everyone heads home as the day slowly comes to an end with groceries and children in tow. Apartment lights come to life, and the usual routines set in. Until the electricity goes out and leaves everything in darkness. But this little girl and her parents have a wonderful idea on how to create an evening everyone will enjoy.
I honestly don't know where to start praising this one. The illustrations are well done and allow the watercolor to carry the necessary details while still leaving an airy effect, which fits so well to the overall atmosphere of the story. Then, there's the story itself. It describes a scene most young listeners can relate to, in one way or another, with a little girl, who is just like any other little girl a person might meet. The evening routine's description is calming and will connect with many young listeners, while still pulling them in. And then, the entire thing hits a wonderful scene, which will leave listeners wishing they could take part, too...and they can, in a way.
That's where the music comes in. This book also includes an audio narration with background music, and the 'summer concert' itself in pure musical form. The music can be heard while simply flipping through the pages (it's impossible not to notice the composition's connection directly with the tale) or even on it's own. The instruments and composition also hold true to the Chinese culture, expanding young readers/listeners awareness on that end as well.
In other words, I enjoyed this one quite a bit and find it an excellent combination for young readers in single as well as group settings, and can really recommend it.
And here she is...
Han Han is a graduate of the Guangzhou Academy of Fine Arts. She has illustrated several popular children’s books in China including Peng Yi’s “The Monster Daddy” and Yin Jianling’s “Dragonfly, Dragonfly”. She received the prestigious Golden Pinwheel Young Illustrators Award in 2015 for the original version of “Summer Moonshine Concert”.
on April 25, 2021