Review: Sisters of the Wolf by Patricia Miller-Schroeder 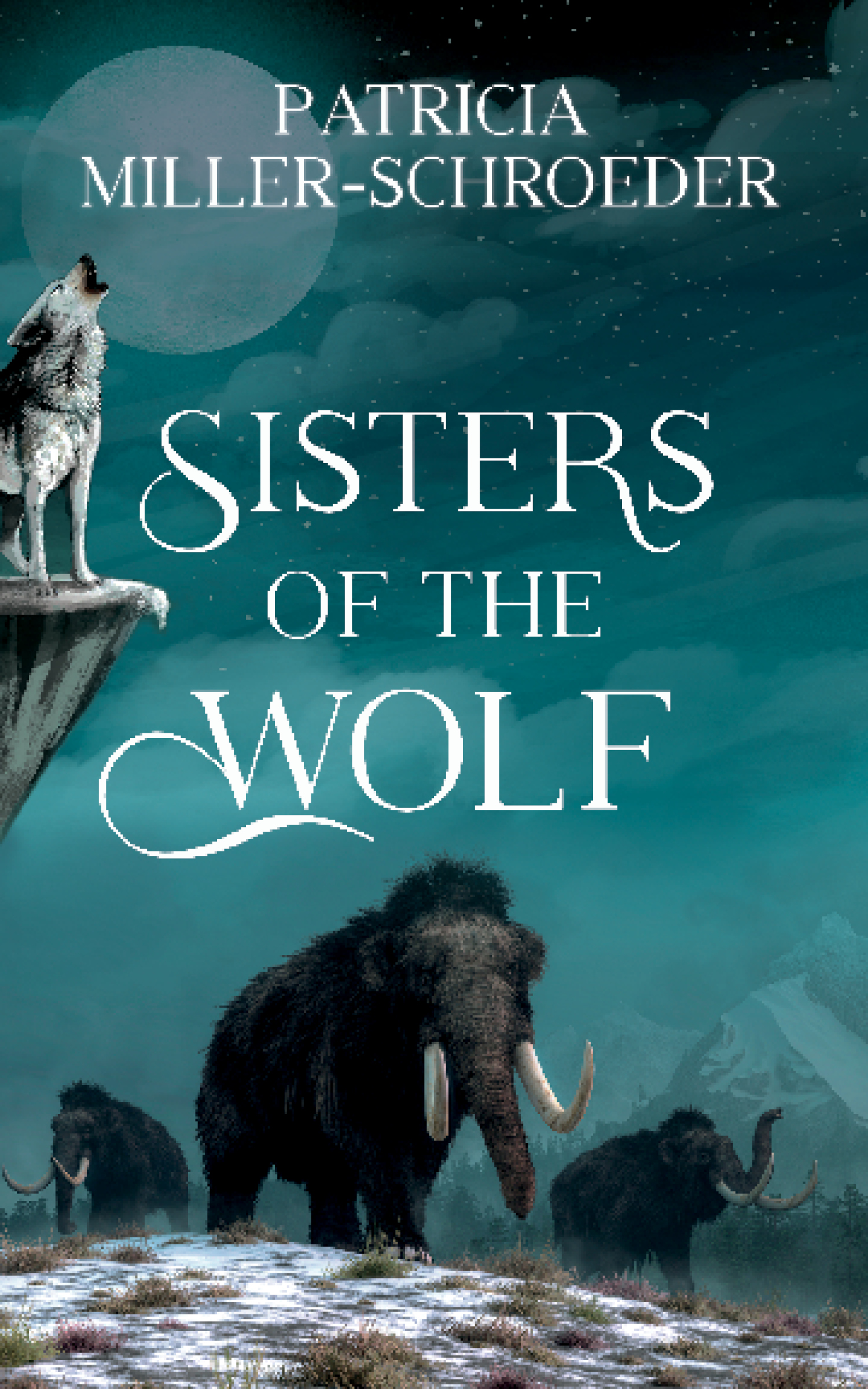 SISTERS OF THE WOLF
by Patricia Miller-Schroeder
Dundurn Press
YA Historical Fiction
336 pages
COMING...
AUGUST 24th!!!
Can Shinoni and Keena, two Ice Age teens separated from their tribes, overcome their differences to outwit their pursuer and survive the unforgiving wilds?The climate is changing, game is disappearing, and two peoples of the Ice Age compete for survival in a savage world. Keena, from a powerful band of Neanderthals, and Shinoni, daughter of a Cro-Magnon shaman, are torn from their families by Haken, a ruthless hunter. The girls dislike each other but soon discover they need each other to survive. Together they escape but are pursued by Haken across an Ice-Age landscape rumbling with advancing glaciers and teeming with mighty predators.As Shinoni and Keena work to overcome disaster at every turn, they are joined by Tewa, a powerful she-wolf, who becomes their guardian and spirit guide. Can their growing friendship overcome cultural, racial, and even species differences? Will they ever be able to find their families? Only the spirits know.
GOODREADS    /     AMAZON     /    B&N
BOOK BLINK
* set in prehistoric ice age
* tries to stay true to time (in so far a possible)
* digs deep into characters
* friendship and family key
* racism
MY TIDBITS
Set in the ice age, this tale accompanies two very different girls on a dangerous adventure, where the walls of racism melt under common purpose and forming friendships.
Shinoni and Keena are about the same age, thirteen, but are as different as two girls can be. One is the member of a human tribe, while the other stems from the disliked Neanderthals. They have nothing in common outside of the world they live in, and that one is harsh and unforgiving. But when an evil hunter steals both from their families, they soon form an, otherwise, impossible bond. Not only do they need to escape and return to their families, but, more importantly, they'll need to survive.
The setting grabbed me on this one. I can't say that I've seen many YA novels set in the Ice Age. As for the historical side of thing, the author has, obviously, put a ton of research into this one and did her best to bring the life and cultures as closely to real life as one can in these circumstances. So, hats off to that. The hardships, lifestyle, and priorities slide in to form a rich environment, and it's clear that the girls both have different ways of seeing life, not only compared with each other but with early teens today. The dangers and worries match the harsh life, and the opening pages bring this to light immediately.
There is tension and this is a fairly, quick-paced read, in general. The girls face a horrible situation, and this comes across with as much adventure, emotion, and fear as it should. It was interesting to include both a Neanderthal and a human (I looked this up, and it does follow historical research, too), and see how the two groups might have viewed each other. This also lays a great base for the wonderful friendship which develops between the two girls.
Unfortunately, I had trouble staying interested in this one while reading it and did lay it down without the huge need to return to it again. But I did want to miss out on seeing how it ends, either. While emotions flow and the backgrounds/world is well-laid, I found the characters still a bit superficial at times and couldn't connect to either of them completely. The pacing stuttered every now and then (only a coupe of times, though) moving too quick or a little too slow.  Still, this was by no means an uninteresting read. I think it just wasn't for me completely...although there were things I really enjoyed about it.
They say that this one is for fans of The Clan of the Bear Cave series, which I've never read. So, I can't say whether that is true or not. I did find this one more for a tween audience, than either a solid young adult or middle grade read. In any case, it's worth a go if it sounds like something you'd enjoy because there are quite a lot of things, which make this a good read. Just for the right person.
on April 28, 2021

Email ThisBlogThis!Share to TwitterShare to FacebookShare to Pinterest
Labels: Patricia Miller-Schroeder, Sisters of the Wolf