It's time for a bit of fun! Today's review packs tons of humor and is sure to draw more than a couple giggles from listeners. Plus, there's something to search for in the vibrant, active illustrations. I had fun with this one, but you can read all about that below. 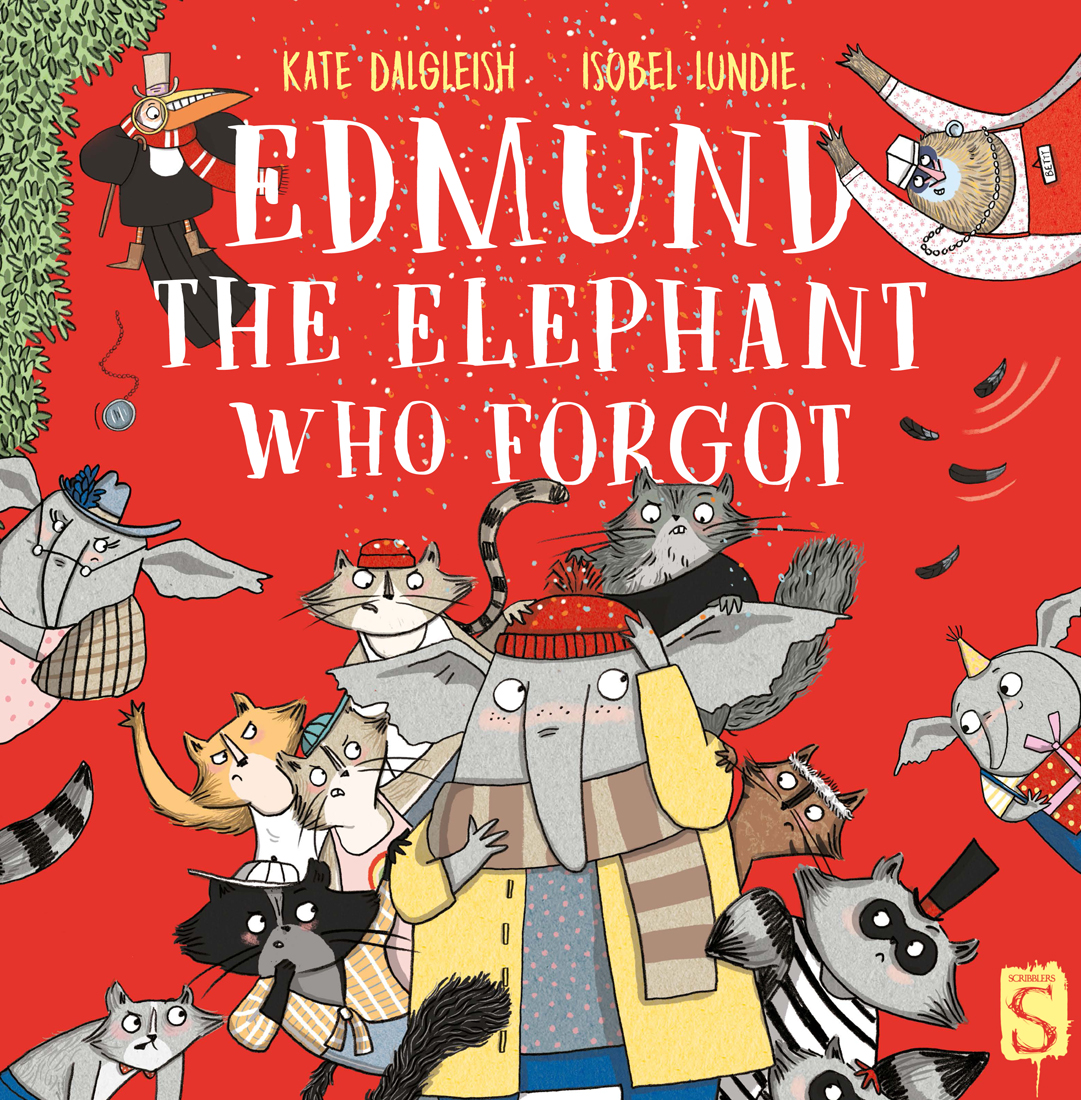 EDMUND THE ELEPHANT WHO FORGOT
by Kate Dalgleish
Illustrated by Isobel Lundie
Sterling Kids
Picture Book
32 pages
ages 4 to 8
An elephant never forgets . . . except Edmund! Join this silly elephant on the funniest shopping spree ever. “Elephants always remember. Elephants don’t get it wrong.Elephants always remember. As long as they sing this song!” Edmund isn’t like other elephants: he forgets. A lot. Then, one day, his mother sends him to the store to pick up some things for his little brother’s birthday party. To help him remember what they need, mama gives him a fun little song to sing . . . and a shopping list. But Edmund even forgets the list! Soon his purchases get sillier and sillier—like seven sassy dancing cats instead of 20 pointy party hats. Kids will laugh out loud at this delightful story and its humorous, dynamic art.
GOODREADS   /    BOOK DEPOSITORY   /    AMAZON   /    B&N
BOOK BLINK
* humor reigns
* a little counting
* a few objects to search for
* vibrant illustrations
MY TIDBITS
Being a forgetful elephant has never been as hilarious as Edmund and how he prepares for his younger brother's birthday party.
Edmund is a very forgetful elephant, which isn't helpful when his mother sends him out to get several items for his little brother's birthday party. Of course, she gives him some help: a song and a list. When the list is forgotten as soon as he leaves the apartment door, a tiny friend tries to help him out. But his help might turn out to be a disaster.
Humor hits every page as Edmund tries his serious best to get everything his mother asked him to. It's impossible not to feel for him as he first loses the list, and then, can't seem to get everything right. After all, he is trying so hard and really has only the best intentions in mind. His mistakes are so out there, that giggles are guaranteed. It was super fun to see what mistake he would make next because it was bound to be more ridiculous than anything that could be imagined.
The illustrations in this one aren't only fun, but they guarantee being gazed  at again and again. There are tons of details to discover, and if that wasn't enough, the illustrator has hidden two characters to search for in each one.
And to round things off, there is a bit of a message in this one, too. It's just a nice twist to leave a last smile on the face and keep the good feelings high.
on April 06, 2021