Review: In the Shadow of the Cities by Laurel Solorzano

The evening's review hits a direction I have read in awhile...although it was extremely popular a few years ago. So, when I was asked to review this one, it was like a lightbulb going off saying, "Oh yeah! I once loved to read these futuristic, evil government things." And guess what—I still do enjoy them quite a bit.
So, take a spin into the future, and let's see what this one will hold! 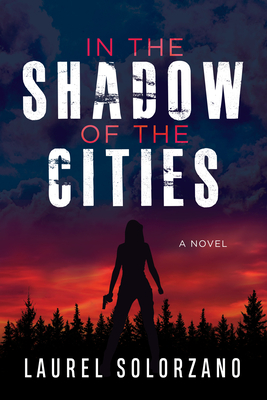 IN THE SHADOW OF THE CITIES
by Laurel Solorzano
Morgan James Fiction
Young Adult Dystopian
260 pages
COMING...
JULY 13th!!!
Scarlett would never kill her best friend, perhaps a Citizen if the situation called for it, but never Rhys. There are quite a few rules in the training center, but a few are the kind that are never broken.1. Greens are not sent into Cities without officially being promoted to Blue.2. Blues don’t kill each other.So why is Scarlett being sent into a City without the proper training? And why does a bizarre, elderly male say Scarlett will kill Rhys? In the Shadow of the Cities details Scarlett’s life in the training center before she is pulled unexpectedly into City life. Without the proper training, she is confused about these things called “families” and why the Citizens aren’t grateful that she is keeping them safe.In this dystopian novel, In the Shadow of the Cities, the story is told not from a Citizen’s point of view but from a Guard’s. Why do the guards seem to tirelessly obey the government? How can they gun down Citizens mercilessly? Find out as you follow Scarlett on her journey into the Cities.
GOODREADS  /    AMAZON    /    B&N
BOOK BLINK
* takes a new twist on dystopian through guard's eyes
* beginning of series
* noticeable character arc
* unexpected twists and turns
MY TIDBITS
This novel takes a much loved genre and tosses it on it's head in a way, which is sure to create more than a little food for thought while letting action thrive.
Scarlett has been trained her entire life for the most honorable position she knows: to be a guard. The society counts on her and her fellow trainees to protect everything their society holds dear and keep them safe. When she's thrust pre-maturely into the city streets to perform tasks, and that without the complete training she should have received, questions naturally arise. Still, even with tons to learn, she knows what her job is. But those she protects as thankful or helpful as they should be, and she's not sure why.
The blurb on this one caught my attention. Set in a dystopian society, this one swings the center away from those living in it or working with it, to those guarding it. And that, with all their heart and conviction. I had dreams of something along the lines...very vaguely, though...of Nakita (since there's obvious, major theme difference...but still). The book didn't really head in any direction like that, but I wasn't disappointed, either.
Scarlett is a young girl and has a lot to learn about the real world. Her world is correct when considering how she was raised, but this one throws her out of her box and into an unknown one, which is different than she thought it'd be. It's intriguing to see things from her viewpoint as she copes and tries to wrap her head around what's happening. Thank makes room for inner-thoughts, which is normal in a YA read. But she also starts out with an immaturity I didn't expect and made me stumble a bit. Luckily, there's a huge character arc in this one, and it sets her up wonderfully for the series.
As far as action, pacing and such...I expected a little more on this front but it was an intriguing read, anyway. I see this book more as the beginning to a series, and it drops off with the desire to see what happens next. Everything is laid-out so that the future tale holds tons of promise. I'm hoping it delivers and will keep an eye on this one.
on April 23, 2021

Email ThisBlogThis!Share to TwitterShare to FacebookShare to Pinterest
Labels: In the Shadow of the Cities, Laurel Solorzano