Review: The Little Spacecraft That Could by Joyce Lapin

Aliens visited Bookworm for Kids yesterday, and today, we'll head off into space and learn something about the other planets of our solar system. This picture book comes out May 18th and takes a closer look at the flight of New Horizons, a spacecraft sent off in 2006 to learn more about Pluto.  I've reviewed a book from the author, Joyce Lapin, before...If You Had Your Birthday Party on the Moon...and was definitely curious to see how she spun space facts into a tale this time.
So, let's just blast off and take a peek! 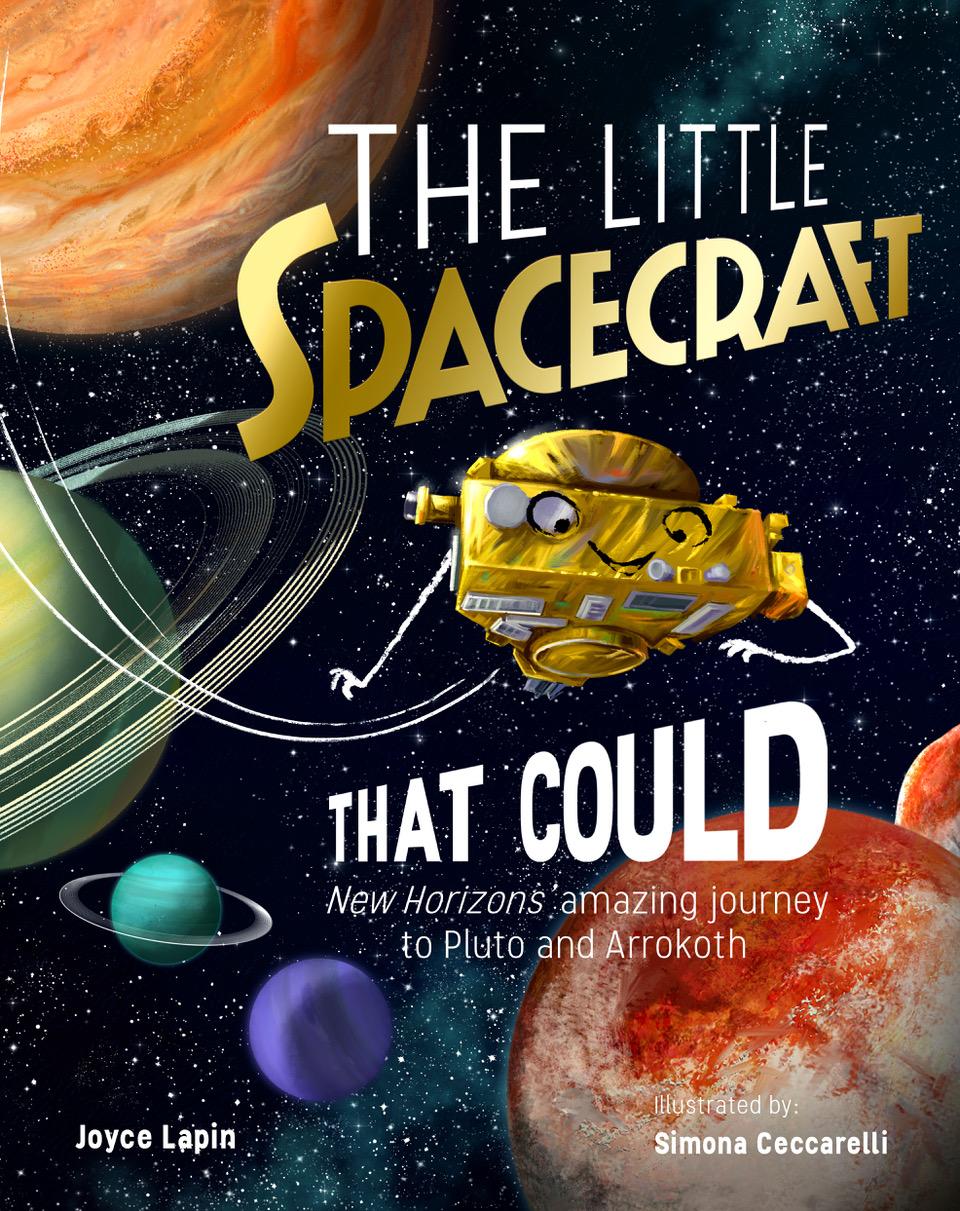 THE LITTLE SPACECRAFT THAT COULD
by Joyce Lapin
Illustrated by Simone Ceccarelli
Sterling Children Books
40 pages
ages 6 to 10
COMING...
MAY 18th!!!
Ride along with the New Horizons spacecraft as she rockets three billion miles to Pluto! Watch her take the first close-up photos of Pluto, and then journey another billion miles to mini-world Arrokoth. You’ll whiz through space at more than 10 miles per second; learn how giant planet Jupiter helped the little spacecraft reach Pluto; and discover the astonishing surface feature that made the world fall in love with Pluto.
GOODREADS   /    AMAZON    /    BOOK DEPOSITORY     /    B&N
BOOK BLINK
* offers all sorts of space/planet facts
* brightly illustrated and true to life
* gives New Horizons a character feel
MY TIDBITS
With a touch of creative story atmosphere, these pages shoot into space facts and present the details surrounding the flight of New Horizons.
New Horizons was launched in 2006 with the mission to learn more about the planet Pluto. Starting with the launch and basics surrounding how New Horizons was propelled into space, the important stages of the flight are presented and explained. While New Horizons flies toward Pluto, all sorts of tidbits and facts are presented. The discoveries it makes about Pluto are summed up before the flight continues on to Arrokoth...and even further.
After reading another picture book from this author and enjoying it, I was looking forward to seeing what this book would bring. It is intriguing to learn about the New Horizon flight as well as the many other details surrounding Pluto, our solar system, and other discoveries New Horizons made. There is quite a bit of interesting information, and not only for younger readers.
One of the fun aspects of this book is the playful manner in which New Horizons is introduced. The author gives the spacecraft personality and introduces it much like a character in an adventure. However, the facts surrounding space and the mission are the main focus. There are bubbles of added information on every page, offering extra tidbits, too. So while New Horizons is given a character-like personality at times, there are many pages where this isn't the case. It makes for a creative mix.
While this books is well done, it's not necessarily for the youngest of readers and edges more in the direction of an elementary school-aged audience.  Some of the presented information is simple, but other aspects are a little more difficult. Even the text ranges in difficulty from basic to a little more in-depth. There is a glossary at the end to assist with some terms as well as a list of other books, which can offer more information. Most of the presented details in these pages are explained well. Young readers might have a few questions about some topics, though. So, guardian/reader/caretaker should be ready to give a little extra help, if needed. This book is ideal for homeschooling or classroom situations. Of course, space fans will enjoy this one quite a bit, too.
on April 15, 2021

Email ThisBlogThis!Share to TwitterShare to FacebookShare to Pinterest
Labels: Joyce Lapin, Simone Ceccarelli, The Little Spacecraft That Could