Review: A Dragonbird in the Fern by Laura Rueckert

Happy Monday, everyone! I've got an exciting fantasy for the young adult audience, today...and best yet...it's not a series. This one packs all those much loved elements found in three books and shoves it into one, single read. Sound to good to be true? Well, read on and see if it's all I'd hoped it to be. 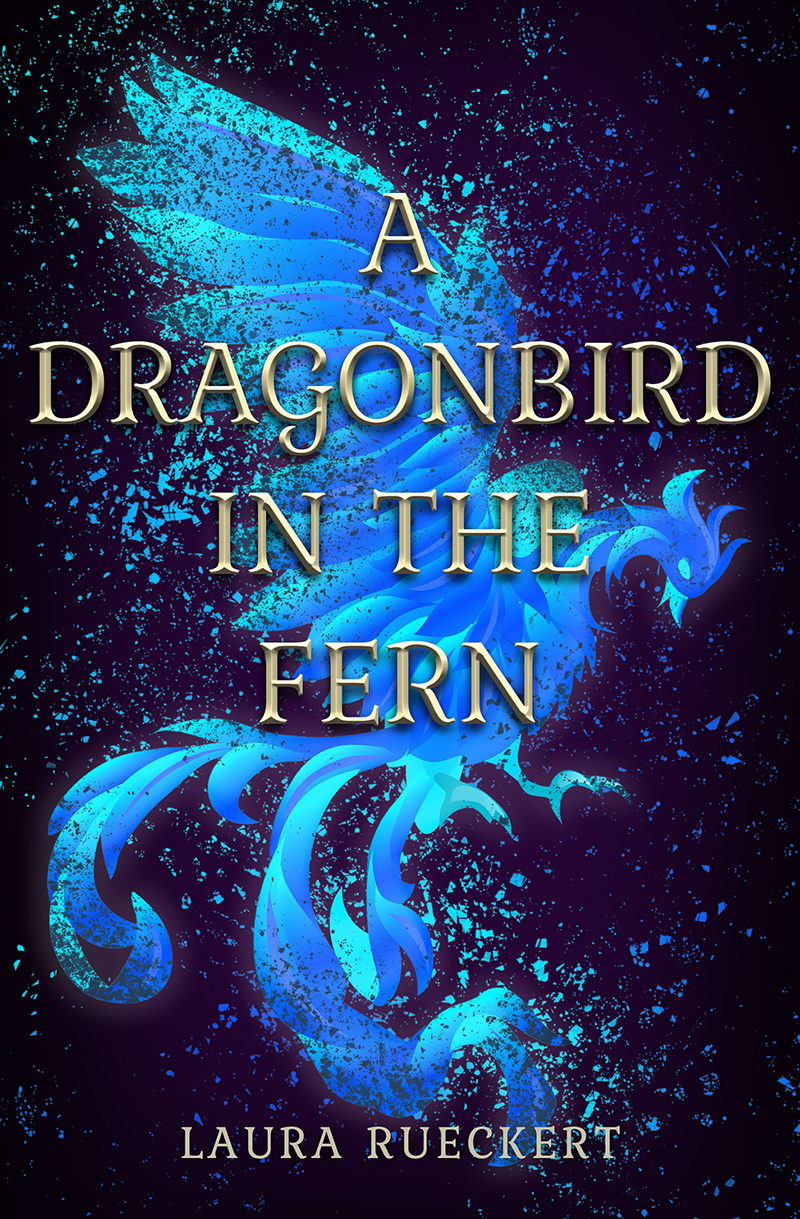 A DRAGONBIRD IN THE FERN
by Laura Rueckert
Flux
Young Adult Fantasy
352 pages
COMING...
AUGUST 3rd!!!
When an assassin kills Princess Jiara’s older sister Scilla, her vengeful ghost is doomed to walk their city of glittering canals, tormenting loved ones until the murderer is brought to justice. While the entire kingdom mourns, Scilla’s betrothed arrives and requests that seventeen-year-old Jiara take her sister’s place as his bride to confirm the alliance between their countries.Marrying the young king intended for her sister and traveling to his distant home is distressing enough, but with dyslexia and years of scholarly struggles, Jiara abandoned any hope of learning other languages long ago. She’s terrified of life in a foreign land where she’ll be unable to communicate.Then Jiara discovers evidence that her sister’s assassin comes from the king’s own country. If she marries the king, Jiara can hunt the murderer and release her family from Scilla’s ghost, whose thirst for blood mounts every day. To save her family, Jiara must find her sister’s killer . . . before he murders her too.
BOOK DEPOSITORY  /    GOODREADS   /    AMAZON   /   B&N
BOOK BLINK
* nations on the verge of war
* royalty struggles
* high-action
* of gods and magic
MY TIDBITS
Action and adventure mingle with intrigue, royalty, and arranged marriages, while ghosts and gods play their own games.
Princess Jiara's older sister, Scilla, was brutally murdered shortly before her marriage to a king, whose alliance would remove the increasing threat of war. Scilla, now a ghost known as an 'Earthwalker', will not rest in peace as long as her killer remains free. And the longer it takes to find the criminal, the more violent she grows. But with war still being an ever growing threat, Jiara's parents have little time to spare. Before the end of the mourning period, they agree to give the king Jiara's hand in marriage, and only a few days later, she finds herself as the queen of a country and people she knows little about. Her own dyslexia and language difficulties make things worse. But she has no time to concentrate on such problems as she begins to suspect there might be a tie between the country and her sister's death. If she doesn't figure out the weave of secrets soon, all those she loves will pay a deadly price.
This one was actually much better than I thought it might be. It has all the elements needed to make an exciting, young adult read for fantasy fans, who love series about clashing countries, magic, strong heroines, intrigue and a dash of romance, but this one manages to keep it bound into one, exciting book. Every page holds something new, and the weave of secrets is very well done. There are subplots, which all come together as they should at the end, and characters to root for...or hate. Princess Jiara isn't hard to connect with, and she isn't even one of those heroines, who makes silly choices. Rather, she has a good head on her shoulders and does well with what she has. Even the descriptions of the various countries and cultures are well done and draw the reader in. There's more richness than I hoped for, and it's well written, too.
Of course, it's impossible to pack the amazing goodness of what many authors use three books for into one without losing something. The romance wasn't extremely strong, and there was little chemistry on that end. But, in my opinion, that isn't really a problem. The marriage is arranged, and while there is attraction, it's not the main focus of this book. Jiara has enough on her plate, and any romance slides as a tiny nibble along the sidelines of the plot. The King seems nice but we don't really get to know him. So, romance fans aren't going to be swooning as much as they'd like, but action fans and secret intrigue supporters will get their fill.
While logic held pretty well the entire way through, foundation and depth were missing from the 'Watcher' aspect and their involvement. It was hard to grasp what they really are or their greater meaning in anything. Because of this, there were several events, which happened too quickly and conveniently. This cheapened the ending a bit and skipped over some needed depth to really make the ending sit. But I enjoyed reading this one quite a bit and appreciated how the author got so much into one novel...and accomplished it in a way that works pretty well. It's an easy and exciting read, which is hard to put down. So, that makes it a good read in my book (no pun intended).
on April 26, 2021

Email ThisBlogThis!Share to TwitterShare to FacebookShare to Pinterest
Labels: A Dragonbird in the Fern, Laura Rueckert