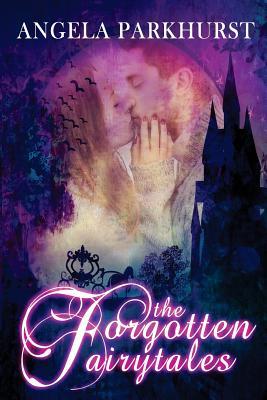 
Once upon a time, seventeen-year-old Norah Hart believed in the lure of fairytales and happily ever afters. That was before she was forced to live in a fairy tale nightmare.

If Norah had known she’d be attending a boarding school for the nut job reincarnations of fairy tale characters, she would have insisted on going to Moscow with her father. But getting out isn’t as easy as she thought. Especially once Norah realizes she, too, is a storybook character. An Unknown. The first one in over one hundred years. Soon Norah learns she has the ability to rewrite the stories, putting everyone’s Happily Ever After in jeopardy.

Some princesses will do whatever it takes to protect their endings. Even if it means betraying the one closest to you.

Norah is accustom to moving around and seeing the world. Every year or so, her father ups her and sister and herself as his job requires, making it hard for her to find friends. Again, it's time for a move. This time, however, he's not taking the two girls with them and leaves them at a boarding school instead--an odd one. The castle on the top of the hill is only reachable by horse driven carriage, but that's not the strangest thing. Inside, the kids dress like fairy tale characters and attended classes never seen in a normal school setting. Norah has no idea where she's landed now.

This was simply a delightful read. It reminds of The School for Good and Evil, but instead of heading off into fantasy pure, this tale has roots in the modern day world. The beginning was a little too quick, not allowing the reader or character to really settle into what was happening. But after this rough beginning, the story takes over and refuses to let go.

Norah is a wonderful character--a little spunky, a little unsure, a big heart, and totally out of place. She could fit in, kind of, but refuses for different reasons. It makes her easy to cheer for and feel for, especially since the circumstances around her are so different and not easy to embrace. The other characters are also a real treat--each reeling in with distinct personalities. There are those definitely to hate and those to like. It's pretty straight forward but offers an enjoyable read without the bogging down of too many layers.

As to pacing, this book holds a steady trot the entire way through. There are dangerous moments, action, secrets, hidden agendas, and evil plots. Some of it is predictable, other times unexpected. Still, it's a fairy tale with all the magic, joy and pain, making it impossible to put down.

And the romance. Well. That's a bad-boy, roller coaster delight. Warning: there are some slightly intense sexual scenes but nothing tasteless or vivid. And there are moments, where things move fast. Still, the hero is all a guy needs to be with an added ton of bite. But for the dangers Norah's up against, she can't use a push-over.

Summed up, this is a great read for fairy tale, castle, princess and fantasy fans. And I was eager to dive into book two. 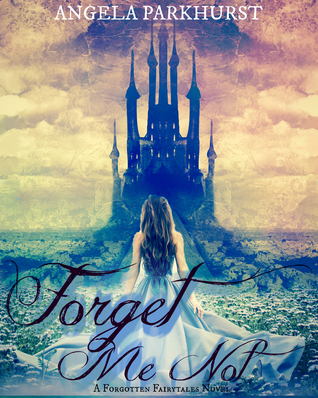 FORGET ME NOT
The Forgotten Fairytales, Book Two
by Angela Parkhurst
YA Fantasy/Fairytale Retelling


“I’ve never been to a ball or followed the yellow brick road, and I sure as hell never imagined myself living in a world of fairytale characters. Most of which want me dead. So when they come, because they will, I need to be ready.”

“And you think you could kill someone?”

When the academy in Nottingham burns down, sending in a new slew of fairytale classmates, Norah Hart comes face to face with new challenges, enemies and friendships. But the longer she is in this world, the more she realizes there is no getting out, leaving her with only one option–be prepared.

FORGET ME NOT is the second book in the Forgotten Fairytale series.

Now, that's things have settled down and the bad girl's been ousted, Norah's a little unsure on her feet. The real world still tugs at her heart, and the fairy tale school doesn't exactly feel like home. But her chance to think about such things doesn't hold on long.

Norah's lack of enthusiasm to still embrace a fairy tale world makes her wonderfully realistic. Despite the changes she's been able to cause in the school and her own emerging powers, she's not ready to let the world swallow her up. Her reactions and desires are very understandable, and it's easy to feel for her as she's dragged into a position she doesn't really want to take.

I found this book even more enjoyable than the first. It starts where book one left off--so nope, this is not a stand-alone--and was simple to dive into and continue with Norah's adventures. The new characters really bring this one to life and are a sheer delight to meet. There's a lot of tension, especially on the romance end. Plus, Norah has some inner battles going on which are not only on point but give her any depth she still didn't have in book one.

Of course, there's an 'evil' plot and Norah's got to dig up more secrets and intrigue. The twists and turns are a bit more unexpected and the bigger picture of the series begins to unfold. This was again, a book I could read from start to finish in one setting and was sad when it was over. The magic mixes well with sarcasm, danger and tons of rocky romance, insuring a pull at the heart strings, adventure and more.

Email ThisBlogThis!Share to TwitterShare to FacebookShare to Pinterest
Labels: Angela Parkhurst, Forget Me Not, The Forgotten Fairytales, YA Fairytale Retelling, YA Fantasy