Song of the Oceanides by JG Zymbalist 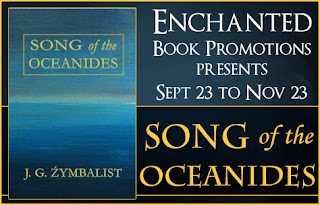 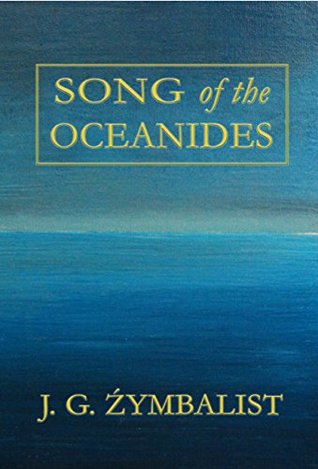 SONG OF THE OCEANIDES

Song of the Oceanides is a quirky but poignant coming-of-age tale about children, Martians, freaky Martian hummingbird moths, and alluring sea nymphs.
The first thread relates the suspenseful tale of a Martian girl, Emmylou, stranded in Maine where she is relentlessly pursued by the Pinkerton Detective Agency’s Extraterrestrial-Enigma Service.  The second thread concerns her favorite Earthling comic-book artist, Giacomo Venable, and all his misadventures and failed romances.  The final thread deals with a tragic young lad, Rory Slocum, who, like Emmylou, loves Giacomo’s comic books and sees them as a refuge from the sea nymphs or Oceanides incessantly taunting and tormenting him.
As much as anything, the triple narrative serves to show how art may bring together disparate pariahs and misfits—and give them a fulcrum for friendship and sense of communal belonging in a cruel world . 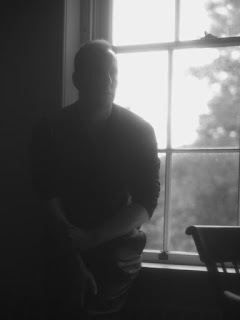 J.G. Źymbalist is the pseudonym of a very reclusive author who grew up in Ohio and West Germany.  He began writing Song of the Oceanides as a child when his family summered in Castine, Maine where they rented out Robert Lowell’s house.  There, inspired by his own experiences with school bullying and childhood depression, the budding author began to conceive the tale.

For several years, J.G. Źymbalist lived in the Old City of Jerusalem where he night clerked at a series of Palestinian youth hostels.  There he wrote the early draft of an as yet unpublished Middle-Eastern NA fantasy.  Returning from the Middle East, he completed an M.F.A. in poetry at Sarah Lawrence College.
The author returned to Song of the Oceanides while working for the Martha’s Vineyard Historical Society, May-September, 2005.  He completed the full draft in Ellsworth, Maine later that year.
He has only recently decided to self-publish a few of his previous works.  Foreword Reviews has called his writing “innovative fiction with depth,” and Kirkus Indie has called his style “a lovely, highly descriptive prose that luxuriates in the details and curios of his setting.”
on November 16, 2016

Email ThisBlogThis!Share to TwitterShare to FacebookShare to Pinterest
Labels: JG Zymbalist, Song of the Oceanides, YA Steampunk