A couple weeks ago, I posted a sneak peek at this evening's review (here if you want to take a quick glance) and promised I'd be doing a review soon. Well, it's time for me to keep that promise!
This one is for the young adults out there, who love fantasy, a bit of magic, and some romance too. It's the first book in a series, and...well... oh, let's just dive in, okay? 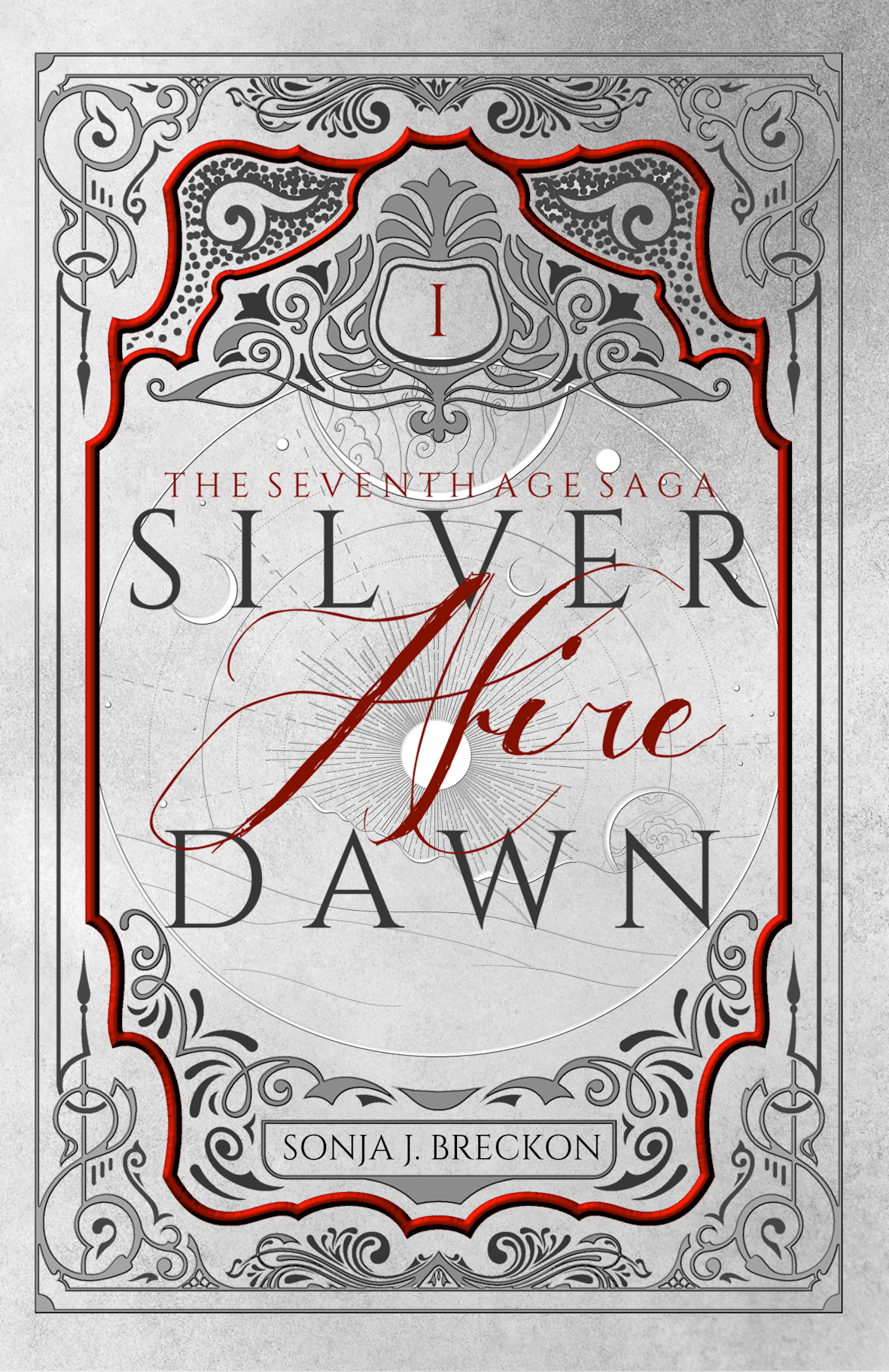 SILVER DAWN AFIRE
The Seventh Age Saga #1
by Sonja J. Breckon
Young Adult Fantasy
505 pages
Myridians are coming, each wielding one of Six Cataclysmic Powers that will lay waste to the world and wake the God of Neutrality. What happens when one refuses to succumb to her myridian nature and sets out to save the world instead?***SIDRA ANATOLA will soon die a human death and be reborn as one of the myridian, beings destined to destroy the World of Aetheria. In a desperate attempt to change her dark fate, she flees home and the young man she loves to seek help from a powerful entity who has lived through all the ages. But she may not make it in time before she is killed by hunters—or by the love of her life, also a myridian, who fights every day to hold onto the emotions that made him human.BRESEIS ERISWEN was expelled from the academy and failed her father who expected her to carry on her late mother’s profession as a myridian hunter. But Breseis never wanted to be a hunter—she refused to kill, and she never believed in myridians, to begin with. She leaves home with big dreams, lacking experience, and a broken heart, to prove that she is more than a failed hunter.Two contrasting paths converge to become a turbulent one. A mouthy intellect with a colorful personality, and a skilled warrior with a frosty attitude, put their differences aside and travel the rest of the way together, robbing temples, angering false gods, and escaping numerous predicaments with their lives. Amid the chaos, they form a friendship despite a gut feeling that both hide dangerous secrets that can save or destroy the world and each other.
GOODREADS   /    AMAZON   /    B&N    /    KOBO    /    BETTER WORLD BOOKS
MY TIDBITS
With the magic born of true friendship, this is an exciting tale with action and emotions from the first page to the last.
This story follows two heroines, who couldn't be more different. Sidra, a Myridian, was born with the destiny to end the world and wake the God of Neutrality...a fate she wants nothing to do with. On the other end, Breseis is a Myridian hunter, who wants more for her life than what she's expected to do as well. The two meet and things take off from there.
Just by reading the blurb, it's clear that this one is packed with tension pure from every angle. And it is. The forming friendship between Breseis and Sidra is amazing to follow and makes both a great pair to cheer for...and, of course, this doesn't run smoothly or easily but is sure and solid as an awesome friendship should be when they do come together. There is a slight romance mixed, but this flows on the side and doesn't overpower the main plot or the girls' friendship. Throw in the adventure and the entire idea of the world coming to the end, and there really isn't much time to be bored in this one.
The plot flows well and draws in, especially with something happening at every twist and turn. I did find it a bit slow at times in the middle, but it wasn't enough to make me loose interest. These characters grab too much for that. I did find the writing not the easiest read, but again, not enough to hurt the tale. This is a solid beginning to a new series, which promises tons of goodness to come. The worst part is waiting for book two to hit the world and find out what happens next.
on April 09, 2021