During the next two weeks, I'll have a few reads, which have been adored in other countries and are now being released in English for the first time. I have a soft spot for these type of reads and can't wait to dive into them.
Today's is a picture book from Argentina and centers around a small, little ant. 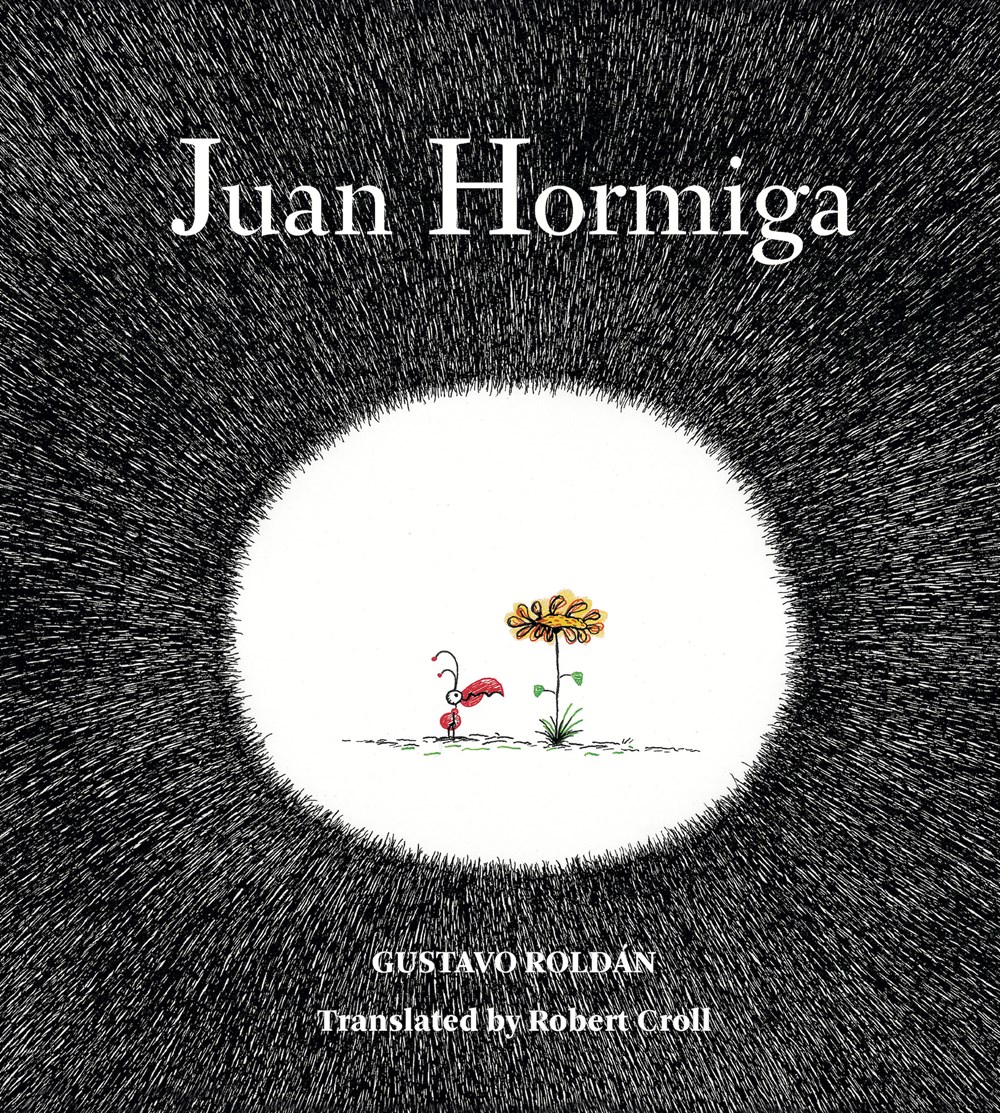 JUAN HORMIGA
by Gustavo Roldán Devetach
Translated by Robert Croll
Elsewhere Editions
Picture Book
64 pages
ages 4 to 8
COMING...
MAY 4th!!!
A whimsical tale in which family lore inspires newfound daring, told by Argentina's sleepiest antJuan Hormiga, the greatest storyteller of his entire anthill, loves to recount his fearless grandfather's adventures. When Juan and his fellow ants gather around for storytime, he hypnotizes all with tales of his grandfather's many exploits - including his escape from an eagle's talons and the time he leapt from a tree with just a leaf for a parachute. When he's through telling these tales, Juan loves to cozy up for a nice long nap. He's such a serious napper that he takes up to ten siestas every day! Though well loved by his ant friends, Juan decides telling tales and sleeping aren't quite enough for him - it's time to set off on his own adventure. With whimsical, irresistible illustrations, Juan Hormiga affirms the joys of sharing stories, and of creating your own out in the world.
GOODREADS   /    AMAZON   /    B&N    /    BOOK DEPOSITORY
BOOK BLINK
* translated from a favorite in Argentina
* message like a fable
* interesting tale which grabs
* simple and well-done illustrations
MY TIDBITS
It's hard not to adore this amazingly, lazy ant and how he finds his very own notch in life.
At 64 pages, this picture book is a bit longer than many, and it's exactly the length it needs to be. Translated from a popular tale in Argentina, the tale revolves around an ant. A very, very lazy ant. What surprised me is that this laziness doesn't glide into the usual message about working hard and such. This tale embraces the ant for who and what he is because despite his weakness, he has a different strength...one not so easily described but horribly important. Especially in a busy anthill.
There are quite a few things, which I enjoyed in this one. (And yep, I'm marking it onto my possible favorite reads for 2021 list because it really is quite good.) First, the illustrations are amazing in their own way...much like the ant and his subtle talent. Done in fine ink strokes, the illustrations stick to only three colors most of the way through. The lazy ant, however, sticks out from the rest, making him very easy to find. Surrounding details are pretty much ignored, leaving each moment to concentrate on what's needed for the story. And it works perfectly. There's even enough personality and humor built in to make each picture interesting and able to tell its tale. But then, maybe it was refreshing just to see a picture book which doesn't pop with a rainbow on every page and still, brings delight.
The tale is simply well-crafted. It's clear this ant has issues, and it has them with no pardon. Nor does anyone bully him or look down on him for it. Instead, they accept him for who he is...but then, this ant does offer something special. Plus, there is adventure and action in its own way. Watching the ants fever for their friend's survival (I'm not giving away anything here), makes the reader worry, too...and yet, there's a undertone of humor to the entire situation. It's a wonderful mix.
This is a well done translation which is sure to become a favorite for more than one young reader. It's universal message is inspiring and shows a real look at acceptance and how some talents are more valuable than they might first appear.
on April 29, 2021