Review: Wish Upon A Star by Jessica Barondes 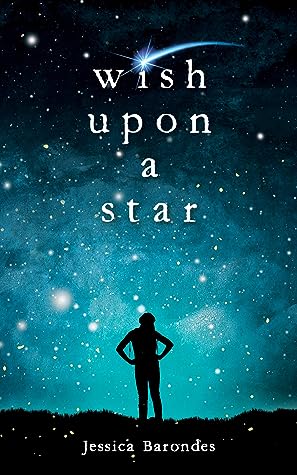 WISH UPON A STAR
by Jessica Barondes
MG/YA Magical Realism


When bookish, 14-year-old Hayley makes a wish to become Alexia, her pretty and popular older sister, she doesn’t really expect it to come true. Hayley wakes up the next day miraculously having switched bodies but finds that Alex’s life is a bit more complicated than she’d imagined and that there is much to be missed about being her old self too. Wish Upon A Star is the until-now unpublished manuscript on which the movie of the same name was based. Wish Upon A Star (the movie), which originally aired on The Disney Channel, is now streaming on Amazon and other platforms worldwide.

With a little fantasy and a girl with a big heart, this is a cute story about learning how to love yourself and seeing that maybe someone else's life isn't quite as great as you thought it was.

This movie on which this book is based is actually one I haven't seen. So, I hit this tale with fresh, new eyes. It starts off with Hayley, a fourteen-year-old high schooler, who gets wonderful grades, dances to her own tune, and isn't popular because of it. Her older sister is the opposite. She slides by on the grade front and is extremely popular. When a shooting star has Hayley wishing that she could be more like her older sister, she never dreams that she'll wake up as her older sister the next morning.

The story isn't really a new one—one teen wishes she was someone else in the family, and a bit of magic makes this wish come true. That chaos ensues and all sorts of unexpected (and often humorous) moments happen isn't a surprise either. Still, this type of story never really gets old. Hayley is a fun girl, who isn't overly concerned about her own appearance or how to impress people. Still, a bit of her wants to be popular. Maybe. And this is something many teens can relate to. I was a little surprised at how well and quickly the two girls came to terms with the switch-a-roo, but then, this is a shorter read, which allows for just as much fun in the tale as character depth.

The high school moments do remind of Disney, which I don't mind. And it throws this read from a solid young adult into more of a middle grade/tween novel. The situations are ones readers will relate to and understand. Some things like the mean-girl group are a little cliche, but it's also something which will resonate with many readers. The messages of finding true friendship, strengthening self-esteem, and sibling relations are warming and inspiring, making this also a wholesome read. I can see many kids enjoying this one...especially when they know it connects with a movie, too. 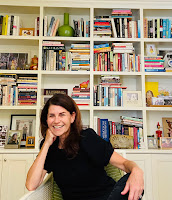 The movie, on which the book is based, was popular on The Disney Channel in the 90's but it has had a bit of a resurgence on streaming platforms such as Amazon and Youtube Movies (Wish Upon a Star).The movie is not a novelization, rather the original story I wrote. I was recently inspired to take it out of the drawer it had been sitting in, do a little refreshing and just put it out there! Yes, it is a fantasy, but at its core it is a sibling story about a slightly awkward and angsty younger sister who is fascinated by her older sister's incredible appeal and just wonders what it would feel like to take a walk in her shoes. As a younger sister myself, I hope I've captured both the complexities of this relationship and also what makes it so meaningful and formative.

Email ThisBlogThis!Share to TwitterShare to FacebookShare to Pinterest
Labels: Jessica Barondes, Wish Upon A Star