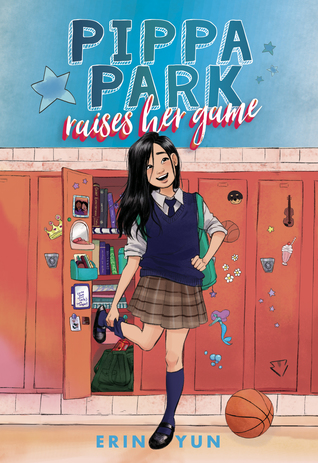 
A Contemporary Reimagining of Great Expectations by Charles Dickens for Middle Graders
Life is full of great expectations for Korean American Pippa Park. It seems like everyone, from her family to the other kids at school, has a plan for how her life should look. So when Pippa gets a mysterious basketball scholarship to Lakeview Private, she jumps at the chance to reinvent herself by following the “Rules of Cool.”
At Lakeview, Pippa juggles old and new friends, an unrequited crush, and the pressure to perform academically and athletically while keeping her past and her family’s laundromat a secret from her elite new classmates. But when Pippa begins to receive a string of hateful, anonymous messages via social media, her carefully built persona is threatened.
As things begin to spiral out of control, Pippa discovers the real reason she was admitted to Lakeview and wonders if she can keep her old and new lives separate, or if she should even try.
Bonus Content
Discussion Questions, Author Q&A, and Korean Language Glossary and Pronunciation Guide

Pippa Park's spunk, determination and heart make her a character to love as she dribbles through all sorts of unexpected troubles.

Pippa Park might be great at basketball, but math is not her thing, and that causes some major troubles. Being raised by her older sister and her husband—since their mother had to return to Korea due to a lack of a green card—life wouldn't be too bad, but her older sister is strict. That means no basketball until Pippa gets her grades back up. When she's suddenly informed that she's been given a scholarship to the private school with expectations that she'll improve their basketball team, she not only can't believer her luck, she has no clue where it came from. She might be thrilled, but she's also knows that going to a rich school won't be easy. And it's even worse than she suspected.

What a engaging read! Pippa has the perfect balance of problems, humor, drama, determination and a little suspense. While it appears at times to hit cliche moments from a poor-kid-hits-rich-kid drama, these usually swing into completely different and unexpected directions, making it hard to know what Pippa's really up against and who she can depend on. Every scene adds something new to the story, making it a read, which isn't easily put down as she tries to find her spot in life and figure out how she can juggle everything.

Not only is this a school drama, but the author hits upon other topics. Pippa is Korean, and her family has been divided thanks to her mother's inability to remain in the US. Yet, she wants the best for her kids and leaves them behind...but the love and connections are still there. Aspects of the Korean culture flows in with ease, offering insight without becoming forced or overpowering. Even the other characters deal with their own problems, ranging from jealousy to dealing with family loss. And yet all of this never comes across as too serious thanks to the author's ability to sprinkle in just the right amount of humor and ease at just the right time. It's definitely a read to recommend.
on March 28, 2020