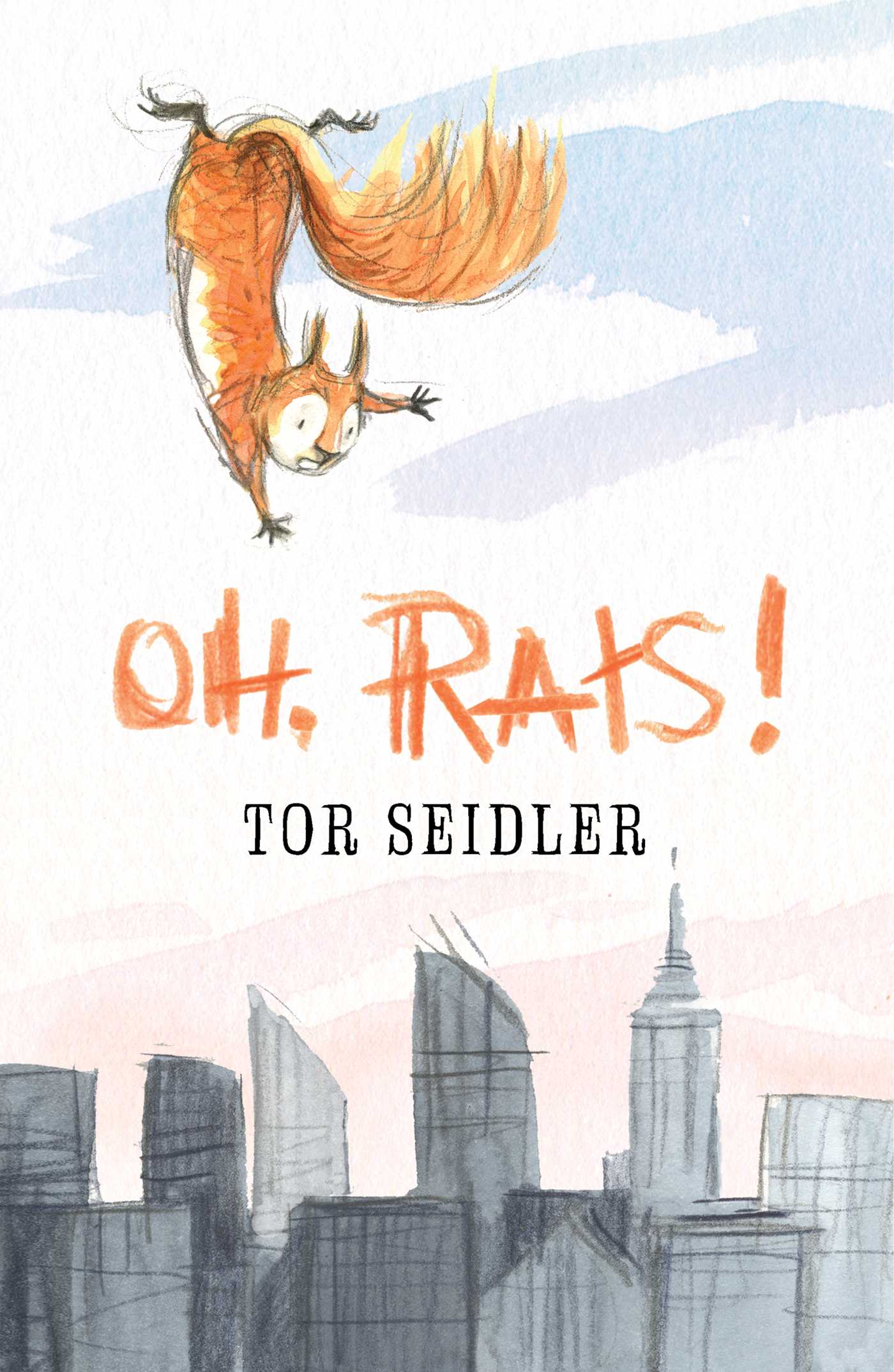 When a hawk snatches up an adventurous squirrel named Phoenix, he’s ready to kiss his tail goodbye. But what should have been a death sentence becomes the beginning of a sweeping big-city adventure in this captivating novel by National Book Award­–nominated author Tor Seidler.
Phoenix is a pretty big deal in his neck of the woods: The biggest in his litter with the most lustrous fur and by far the bushiest tail, he’s one of the most sought-after squirrels in New Jersey—which makes his kidnapping by hawk even more dramatic.
Luckily, the hawk doesn’t have the best grip. Unluckily, he drops Phoenix on a freshly-tarred street in downtown Manhattan. Now stripped of his gorgeous golden-brown coat, Phoenix looks like nothing more than a common sewer rat. Fortunately for Phoenix, it’s not a pack of sewer rats that find him (they’re a notoriously surly bunch), but rather wharf rats.
Taken in by siblings Lucy and Beckett, Phoenix is welcomed into a rat pack living in abandoned piers on the Hudson. But when they learn of plans to demolish the piers, Phoenix is swept up in a truly electrifying scheme to stop the humans from destroying his new friends’ home.

With scampering adventure, this tale hits the theme of friendship and community, while proving that some things are worth fighting for.

Pheonix is a pretty lucky squirrel...and sometimes not so lucky. He's the top of his siblings, but still, is jealous of another squirrels climbing skills. When Pheonix is snatched away from his park, he's sure his life is going to end as a meal to a nest of hungry birds, but then he's dropped...in a painful manner...and ends up in unexpected company. Not only does he need to learn to fit in and form new friendships, but soon learns it's time to step beyond his squirrel comfort zone and fight to save their home.

Pheonix is in for the adventure of a lifetime, and one that no squirrel could ever see coming. While the first chapters ground a warm, caring squirrel life, as jealousy comes and accidents happen, things take a not so nice turn. There is a death pretty early on, and while handled gently, the atmosphere around it struck me odd. But there's no time to consider that long as Pheonix finds himself in a deadly and life-changing situation. Again, he meets a bit of brutality, but it's this which molds him into the form to get sucked up into the world of rats. In other words, it's not a fluffy tale but not overly rough either. Young readers who like a little animal adventure in a more real world setting will enjoy the mix.

There are wonderful illustrations thrown in—always a treat, especially when the books tend toward the thicker end like this one. The characters are pretty rich and there are ones to love...and others, not so much. The sense of friendship and community is inspiring and it's hard not to root for the rats as they try to save what they can. There are many exciting scenes, but other sections runs a bit on the slow side, making me wonder if this could have been compacted down just a bit. Still, it's a lovely read.

Tor Seidler is the critically acclaimed and bestselling author of more than a dozen children's books, including Firstborn, The Wainscott Weasel, A Rat's Tale, The Steadfast Tin Soldier, Gully's Travels, and most notably Mean Margaret, which was a National Book Award Finalist. He lives in New York, New York.