Mommy And Daddy's Day with a review: The Demons of Wall Street by Laurence Raphael Brothers with Giveaway!

Every so often on Bookworm for Kids, I have a Mommy and Daddy's Day. After all, parents like to read, too. When I read the surmise on this one, I was so intrigued that I had to pick it up. And it was quite a fun...and not overly long...read. It does have some more suggestive moments, but these are not graphic or drawn-out. They definitely aren't any worse than many novels for young adults. There is also a bit of swearing, but again, not overwhelmingly so. 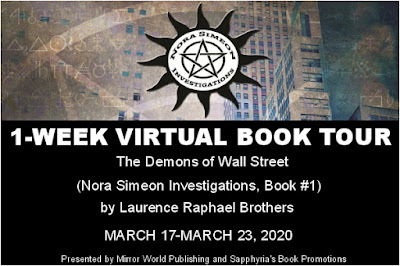 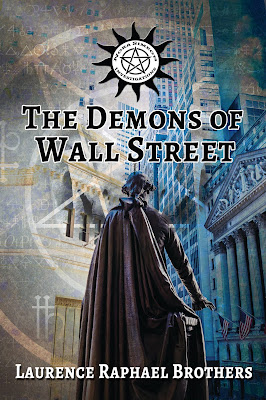 But as an investigator for the secretive Commission, the organization that regulates financial sorcery in New York City, she deals with the creatures a lot more than she'd like. Her latest case has her on the track of a rogue demon, escaped from magical bondage as an analyst for a leading investment bank.

On the demon's trail, Nora crosses paths with a beautiful young man named Eyre. He's too pretty and complaisant to be human, and too kind to be a demon in human form, but what else could he be? Together they become embroiled in the secret corruption at the heart of the financial industry. But before Nora can untangle a twisted skein of sorcerous murder and intrigue, she has to untangle her feelings for Eyre. And before she can do that, she has to find out who and what he really is.


Take a sharp-tongued detective, an extremely wealthy company, and a room full of demons, and this is a recipe rich with excitement and even more tense than it sounds.

Nora is a detective and a good one, or so she wishes she was. She might have her own tiny office but is under contract of the Commission wishes they'd give her more work than they do. It doesn't help that her mother is a strong ranking member of their board, and Nora would like nothing better than to get out from under her mother's thumb. But being one of the only detectives handling demons...and even being aware of their existence...places her in a special niche. When her latest contract takes an unexpected twist, she finds herself in a dangerous web of power, money and lies.

The idea of having demons working on Wall Street and a detective trying to locate one gone astray, grabbed my attention right away. And I was not disappointed.

Nora has a bit of the classic detective atmosphere to her. She sits in a dinghy office, waits for cases which rarely come, and wallows a bit in dissatisfaction. She has quite a few flaws, and yet, she has a softer heart than her tongue would ever suggest. Half the time, she's battling her own self-esteem, which makes her that much more 'human'. Other times, she comes across as cold as ice, but melts at the truth beyond prejudice and outer appearances. She's prickly but easy to like and cheer for.

While the demons and magic add a fun twist in a world of rich bankers and even more powerful conglomerates, this mystery relies on a careful weave of unexpected twists and turns. The mystery isn't easy to solve, and the intrigue spins in unexpected ways. Even the romance offers unexpected secrets and makes it hard to put the book down, since every page seems to offer a new surprise.

While the tale does start with holes in Nora's background, it becomes clear that this to is a mystery that will probably reveal itself as the series continues. And I'm definitely looking forward to where this one will go next. 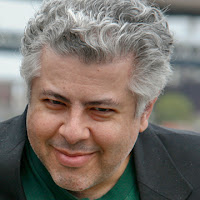 Laurence Raphael Brothers is a writer and a technologist. He has published over 25 short stories in such magazines as Nature, the New Haven Review, PodCastle, and Galaxy's Edge. His WWI-era historical fantasy novel Twilight Patrol was just released by Alban Lake. For more of his stories, visit https://laurencebrothers.com/bibliography, or follow him on twitter: @lbrothers. 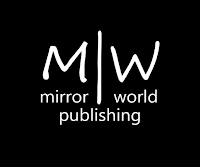 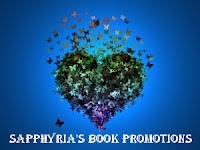