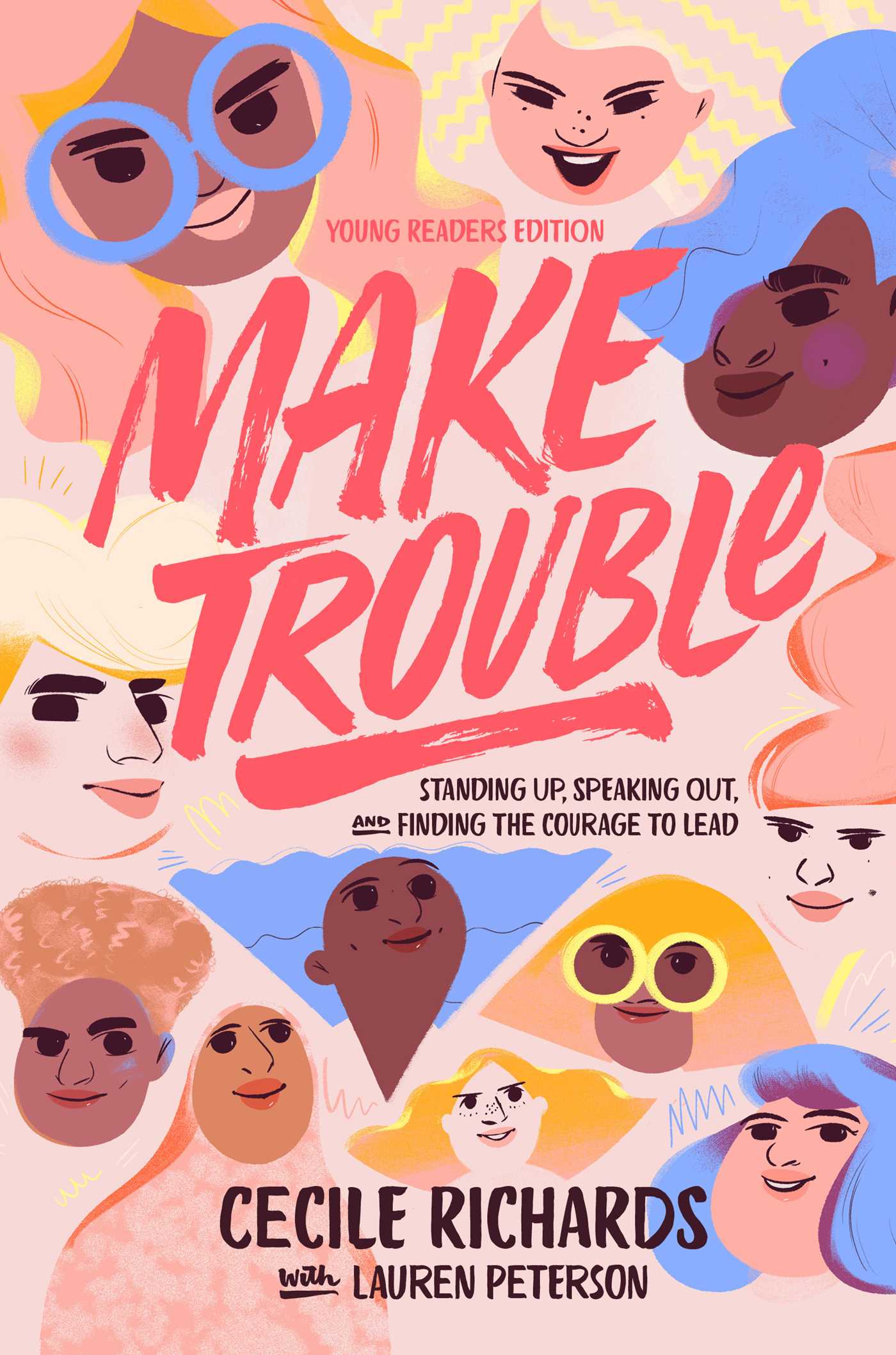 
From former Planned Parenthood president and activist Cecile Richards comes the young readers edition of her New York Times bestselling memoir, which Hillary Rodham Clinton called an “inspiration for aspiring leaders everywhere.”To make change, you have to make trouble.Cecile Richards has been fighting for what she believes in ever since she was taken to the principal’s office in seventh grade for wearing an armband in protest of the Vietnam War. She had an extraordinary childhood in ultra-conservative Texas, where her father, a civil rights attorney, and her mother, an avid activist and the first female governor of Texas, taught their kids to be troublemakers.From the time Richards was a girl, she had a front row seat to observe the rise of women in American politics. And by sharing her story with young readers, she shines a light on the people and lessons that have gotten her though good times and bad, and encourages her audience to take risks, make mistakes, and make trouble along the way.

When I opened this one, I wasn't sure what to expect, and it went in a direction I honestly didn't see coming.

Cecile Richards was born to activist and liberal parents in a very conservative area. Her parents taught her early on to let her voice be heard and push what she saw as correct, even if it wasn't what many would like her to do. This life theory followed her all through school and into her her adult years, where she continued to fight for her ideologies. Sometimes, she found trouble and others, gave her success. And this is her tale.

This book has been adapted from her same titled book for adults. It slips quickly over her childhood, in the first chapter, and launches into her life mission to stand up for women's rights and later, the ideologies of Planned Parenthood. While it does dive into a bit about her personal life, most of the book centers on the important moments of her activist efforts and the obstacles she faced. The book is well written and does grab the reader. The pace holds steady throughout the read, making sure there is never a boring moment, while it brings across the important times of her life. It's always clear what she's doing and her reasons behind her actions. For readers who are interested in her life, it's definitely an interesting read. And there is the message that one should stand up and never give up for what they believe in.

While I found this book well-written, I'm not sure it quite fits the advertised audience and would suggest it more for girls ages 13 and up. Not only are there a few scenes parents might want to be aware of before handing this to more sensitive readers, but the writing itself isn't quite right for the younger readers and is more suitable for a slightly older audience.


And here she is...
Cecile Richards is a nationally respected leader in the field of women’s health, reproductive rights, and social change. She began her career helping garment workers, hotel workers, and nursing home aides fight for better wages and working conditions. After years in the labor movement, she moved back home to Texas to help elect the state’s first Democratic woman governor: her mother, Ann Richards. She went on to start her own grassroots organizations, and later served as deputy chief of staff to House Democratic Leader Nancy Pelosi. In 2011 and 2012, she was named one of Time magazine’s 100 Most Influential People in the World. For over ten years, Richards served as president of Planned Parenthood Federation of America and the Planned Parenthood Action Fund. She is a frequent speaker and commentator on issues related to women’s rights and activism. Richards serves on the board of the Ford Foundation. She and her husband, Kirk Adams, have three children and reside in New York City.