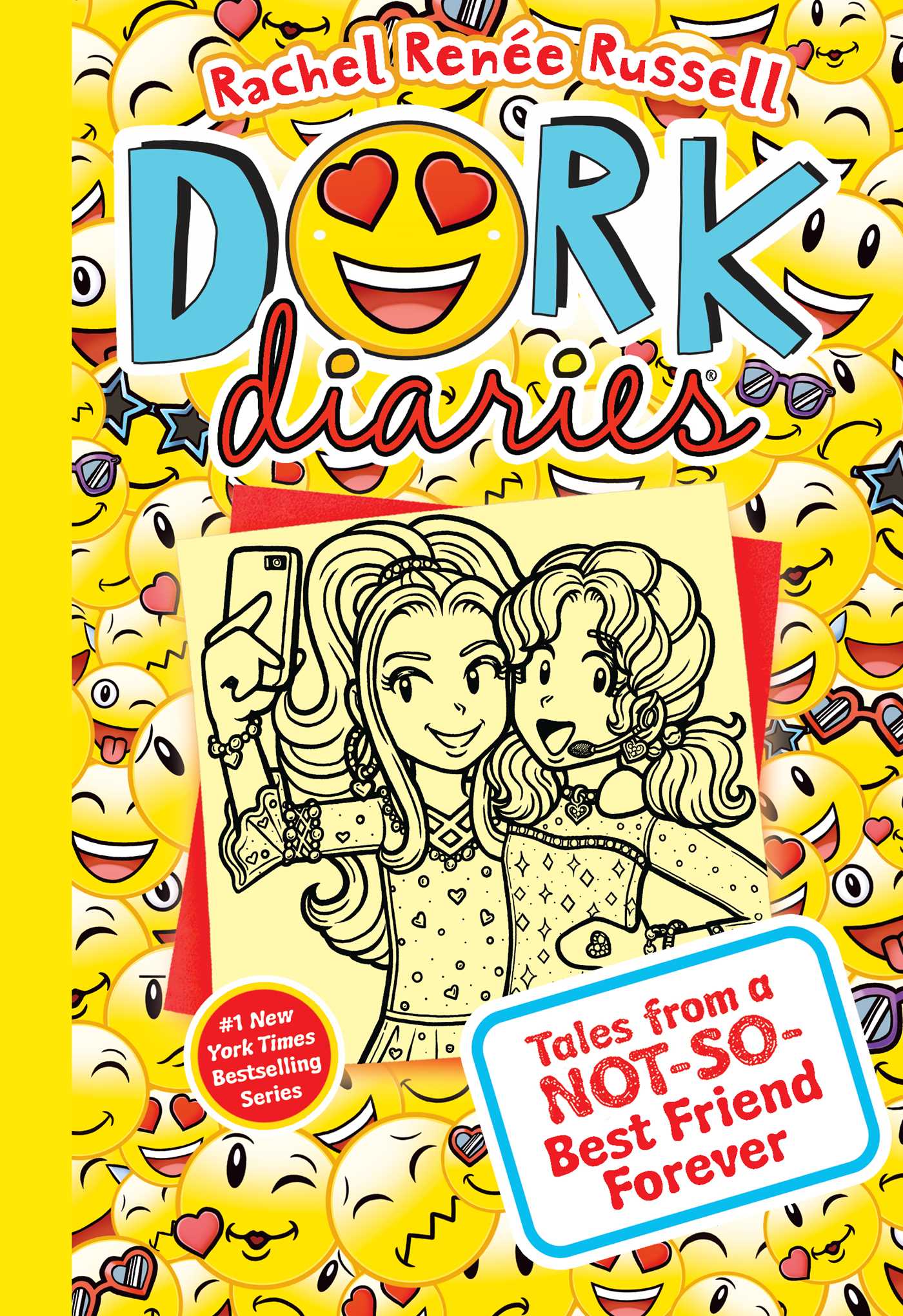 Nikki Maxwell’s summer is packed with drama in this fourteenth installment of the #1 New York Times bestselling Dork Diaries series!Nikki and her bandmates are looking forward to an AWESOME summer on tour as the opening act for the world famous Bad Boyz! Nikki is a little worried when her frenemy, MacKenzie Hollister, weasels her way into a social media intern position with the tour. But she has a total MELTDOWN when she learns that MacKenzie is her new roommate! Will Nikki survive her dream tour as it quickly goes from AWESOME to AWFUL?! The drama continues in Dork Diaries 14: Tales from a Not-So-Best Friend Forever!

Full of drama and humor pure, this is a fun dive into a chaotic teen girl's life as she stumbles around, trying to make things work in the wrong and yet so right way.

Nikki's about to have the summer of a lifetime. Her and her best friends' band has been chosen to open for the hugely popular Bad Boyz...that's if her little sister wouldn't run off with the phone and make it impossible for the agent to get a hold of her. After a few mishaps, the band is on its way and each of the girls is overly excited to meet the boys of their dreams. But the boys aren't exactly what they expect and neither are several other things. Nikki just hopes the best summer ever doesn't turn into the worst.

This is the first book I've read in the Dork Diaries series (I know, right?). Although I simply dove into this book, the 14th in the series, I had no trouble finding my footing. In other words, it can be read as a standalone. The first page dives into immediate drama, while setting up a very familiar scene. It was extremely simple to connect to Nikki, and that despite her very hyper attitude. She's packed with tons of energy and that alone keeps this story on its toes. Every turn brings a surprise and twice as much drama. Still, friendship is key and doing the right thing works more wonders than any plan ever could. There are some great messages slid into the fun, which work extremely well for the intended age group.

Fun stand front and center in this book, making it great for more reluctant readers. It's written in a diary format, which makes for an easy and quick read. The dates didn't always make sense with the time frame of the story, but that didn't influence the story in any shape or form. There is also a scene in the middle, which is hilarious and demonstrates the family relationship of Nikki, but doesn't seem to have any importance for the rest of the book. There are lovely illustrates sprinkled among the pages, and there are quizzes thrown in which determine, for example, which bad member is for the reader or which dream date would be perfect for them. This is a book for girls who love chaotic drama, friendship, and fun.

And here she is...
Rachel Renee Russell is a former attorney turned #1 New York Times bestselling author of the blockbuster book series, Dork Diaries and The Misadventures of Max Crumbly. There are more than 45 million copies in print worldwide. The Dork Diaries series has been translated into over 40 languages and has garnered such honors as two Children's Choice Book Award (2011 and 2013), an NAACP Image Award for Outstanding Literary Work For Children (2015), and a nomination for the Nickelodeon Kid's Choice Book of the Year Award (2011).