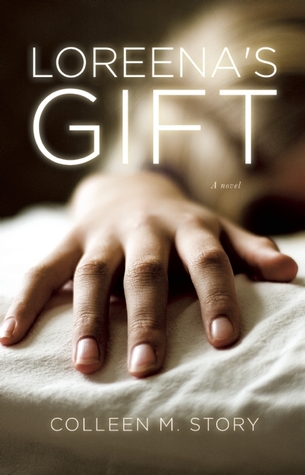 A BLIND GIRL'S TERRIFYING "GIFT" ALLOWS HER TO REGAIN HER EYESIGHT--BUT ONLY AS SHE FERRIES THE RECENTLY DECEASED INTO THE AFTERLIFE.

Loreena Picket thinks she knows herself. A blind young woman who lives with her uncle, a reverend at a small-town church, she's a dutiful niece and talented pianist for the congregation.

But they're both hiding a terrible secret. Loreena can kill people with the touch of her hand.

While her uncle sees her as an angel of mercy, helping usher the terminally ill members of his flock into the afterlife, Loreena has her doubts.

Torn between doing her uncle's bidding and the allure of the fleeting moments when her eyesight returns on the journey to the other side, Loreena cooperates with her uncle until her troubled older brother returns to town. When she reveals her power by saving him from a local drug dealer, she is drawn into a sinister and dangerous world that will test the true nature of her talent and force her to consider how far she is willing to go to survive.

An exciting debut that crosses fantasy and literary fiction, Loreena's Gift is a thought-provoking meditation on life and death and what ultimately lies beyond this world.

Loreena lives with her uncle, a preacher, and fulfills her role as an ideal niece in every way. Her gift--or curse she wonders--allows her to lead people over the borders of death and accompany them a distance into their beyond with the single touch of her hand against theirs. Her uncle uses her for mercy killings, something she's not sure is right. But this use of her abilities is still much better than the nightmare she soon finds herself, when an attempt to save her brother lands in her the middle of a criminal war.

This book blew me away on so many levels. Loreena is blind due to a car accident, but instead of wallowing in pity or trying to figure out how to live with it, she's already living again. The lack of sight is part of her life, as natural as the nose on her face. The author does a fantastic job allowing this disability to present the scenes in a way which concentrates on other senses besides sight and through this, really brings them to life.

In some ways, this a coming of age. Loreena is about to turn eighteen but leads a very sheltered life. She questions her uncle and situation inwardly but doesn't really plan on rebelling. She's unsure of her talent and doubts that having such a gift could ever be deemed a blessing. The tight and controlled world she lives in some ways isn't much different than the confinement she finds herself in later.

Outside of all this inner struggling depth, the story offers tons of tension, action and suspense. Loreena finds herself in a living nightmare, forced to use her gift to further a powerful man's lust for power. But this isn't only about her, the crime ring comes to life, each member she has contact with hitting with their own personality and importance. It's a gritty battle to survive, where everything takes sudden turns and never good ones. The author brings the fear, uncertainty, disgust and hatred across until it gets under the skin. In other words, this is not the kind of book easily set down until the very end.

This is not a gentle book but bites hard. There is a brief rape scene and violence, although never overly graphic, plays along in many of the later scenes. I wouldn't recommend this to the lower end of the YA group and am sure adults will enjoy it as well. 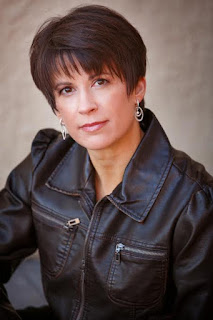 Colleen M. Story writes imaginative fiction and is also a freelance writer, instructor, and motivational speaker specializing in creativity, productivity, and personal wellness. Her latest novel, "Loreena’s Gift," was released with Dzanc Books April 12 2016. Her fantasy novel, "Rise of the Sidenah," is a North American Book Awards winner, and New Apple Book Awards Official Selection (Young Adult). She is the founder of Writing and Wellness (writingandwellness.com) a motivational site for writers and other creatives.