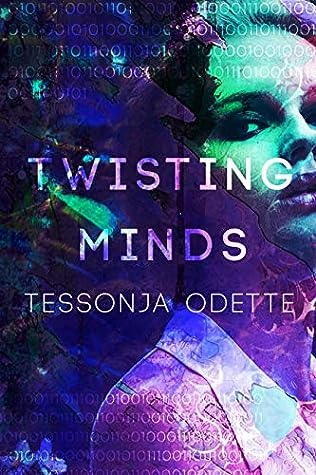 For fans of The Hunger Games, Black Mirror, and Divergent comes a mind-bending love story you won't want to put down.
HOW CAN YOU TRUST YOUR HEART WHEN YOU CAN'T TRUST YOUR MIND?
In a future where social status is determined by wealth, debt is punishable by law. Seventeen-year-old Claire Harper lives on the lowest rungs of society. Once an Elite, she’s now a probationary citizen who’s lost everything—her rights, her family, her privacy.
She has one goal. Work her way back to the top. Even if it kills her.
Then she meets Darren.
Darren turns her world upside down. He shows her there’s more to life than working herself to the bone. And she’s falling for him. Hard.
But what good is losing her heart if her sanity goes with it?
When tragedy strikes, her reality shifts. She can no longer tell what’s real and what’s not. Is Darren who she thinks he is? Is she who she thinks she is?
In a dangerous game she doesn’t know she’s playing, her only hope is to make it out alive.
One part futuristic thriller, one part dystopian romance, Twisting Minds is a psychological thrill ride that will leave you questioning the power of love, technology, and the human mind.
"If Suzanne Collins and Blake Crouch had a teen baby while watching Black Mirror, it would be Twisitng Minds."

I hadn't picked up a dystopian for awhile, and whilthis one does start out with a familiar feel as many other dystopian novels, it definitely branches off in a refreshing direction quickly.
After WWIII, Seattle has turned into a society with very clear social levels, but these levels can change for any individual according to their efforts or failures. The main character's parents were able to make it all the way up to the lower level elites, which meant she had a life of privilege...for awhile. An accident at work takes away her father, and her mother dies of a disease. In order to pay for medical attention, the mother takes out a tithe, which leaves the main character owing the amount back to society after her mother's death. But paying back debt is not an easy thing.The writing flows nicely in this story, making it simple and engaging to read. And still, the author effortlessly drops in grabbing, meaningful phrases along the way and leads the reader to thought without sliding into the atmosphere of being 'literary'. It's a laid back and still, gripping style.There is a sense of familiarity during the first chapter, but it's exactly this which allows the reader to settle into the world without much trouble. As the main character works hard to help her situation, the tension builds little by little. It's as if something evil is there but not close enough to understand what it might be. The ending, though, hits hard and unexpected, throwing this into a thriller category.Romance touches as a light of hope and adds the needed warmth and emotion. It's a bit of love-at-first-sight but not from the main character's side. She's dealing with quite a bit, and allows the romance to build bit by bit. And this fits horribly well into the rest of the plot as the entire thing molds together in the last pages.If you like psychological thrillers with romance and a dystopian setting, this is definitely a great read to pick up. It's an intriguing twist, which I can't wait to see more of.
on January 23, 2020