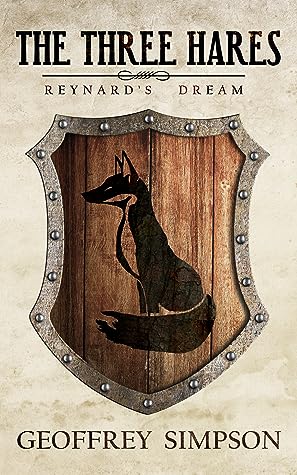 Ethan, Jacob, and Liz are back in this explosive follow-up to The Three Hares: Bloodline, which was described as “A smart, twisty adventure mystery that will keep young readers simply spellbound until the remarkably unpredictable conclusion” by Midwest Book Review.
Ezra Reynard returns with rage, reinforcements, and a dream. As the school year wraps up, an unexpected announcement echoes through the halls. Students are dismissed early, and a new school system is to be introduced after the summer. But first, they must take a test… one which will define their entire futures.
Winslow Falls is teetering on the brink of disaster, and their only hope is lurking within a three-hundred-year-old cypher.

Packed full of adventure, mystery and never ending excitement, this is book is tons of fun to read.

Ethan, Jacob and Liz just got through their first adventure in book one and are met with an even more dangerous one just as the school year closes. If they thought the one in their classrooms and halls was tough, there's even something worse awaiting in Winslow Falls. If they want to stop the evil from lurking in, they'll need to decipher an ancient text and, even then, stay on their toes if they even want to have a whispers chance of making it through.

Often times, the second book in a series doesn't quite meet the expectations that the first one left off. That's not true of this series. The author has managed to notch things up a bit and pack in even more adventure and tension as the three heroes go up against a very sinister adversary.  The plot thickens with every page, and the never-ending twists and turns make it hard to see what's coming next. Add in a few historical tidbits, and this is an exciting read...especially for those who enjoyed book one. 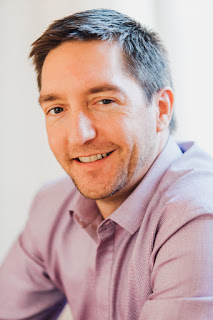 Geoffrey Simpson was born and raised in Avon Lake, just outside Cleveland, Ohio. From an early age, he connected with nature through camping, building forts, fishing, and treasure hunts.
After graduating from Kent State University, building a career in program management, and growing a family of two boys, Jonathan and Henry, with his beloved wife Lili, he took a breath. A breath to recapture the spirit of adventure so that it may never be lost. An adventure which can be passed down for generations, including to his own sons. Now living in Minden, Germany, with his family, he became a writer.
Geoffrey is the author of the young adult adventure-mystery series, The Three Hares. He specializes in nature-themed, puzzle-solving stories driven by a pulsating grip of good versus evil. The Three Hares is his debut series.