>
This is my stop during the blog tour for Seneca Element by Rayya Deeb. This blog tour is organized by Lola's Blog Tours. The blog tour runs from 6 till 19 January. See the tour schedule here. 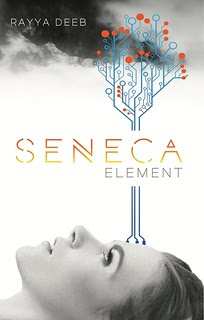 
that creating singularity
between your mind and machine
would open Pandora’s Box
would you do it?

Not even teen math-genius, Doro Campbell, could have known what she was getting herself into when she made the choice to get an implant connecting her brain to her computer. But when she finds her own existence at the center of a fight for power that runs deep inside the near-future, secret society that is Seneca, Doro realizes her mind may no longer be under her own jurisdiction.

In this breakneck race to find her dad and save the planet, Doro must choose between trusting her inner self or technology. Amidst the perils of a brutal technological warfare, and navigating the ups and downs of her first love, can Doro find the way to save herself… and the fate of the world?


You can find Seneca Element on Goodreads

You can buy Seneca Element here on Amazon

First book in the series: 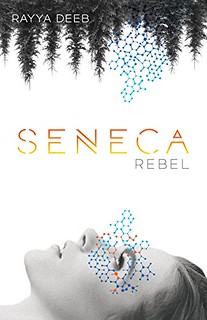 “What if your one chance to change the world means you have to leave everything you love behind?”

This dystopian takes a very refreshing twist into a science fiction world, where high-tech, environmental issues, and an cult-like organization run together to form a fast-paced adventure.

Dorothy, aka Doro, is a sixteen-year-old girl who's father disappeared a year before, and has taken a bit of a rebellious streak. When her talent to knack codes gets her into trouble, she finds herself with a surprise invitation to join Seneca. While high-tech hits new levels and makes her genius heart beat faster, it comes with the price of separating herself for her mother and everything she knew before. Since her job will be to help save the world, she's game. But when she runs across a guy, who instantly grabs her attention, things take a turn. There is more to Seneca than she first thought, and it might not be good.

By taking a modern concern, the destruction of the environment, and adding the idea of a secret society, who's purpose is to save the world from itself, this dystopian spins in a new and refreshing direction. The main character acts and thinks pretty much like a normal sixteen-year-old, despite the string of genius she possess for figuring out codes. Her concerns and worries come across as understandable, and her past makes her sympathetic. She has a nice balance of hesitation and determination, which make her easy to root for and like. As a character, she's simply fun to follow.

The world is well done, and although seeping with fantastical, future tech, never runs into the danger of becoming to complicated. This is exactly what was needed to create a world to sink into while allowing the quick paced plot to take control. It's an easy read and holds the reader in the pages from beginning to end.

The only criticism I had was on the romantic end. While Doro is fairly level-headed through most of the book, the moment she sees Dominic...and I do mean the very first second...she's attracted to him and does everything in her power to meet him. This insta-romance hits too quick and with odd timing. There's a lack of first hesitations and even solid reasons behind her interest in the guy are missing.

Still, it's definitely a well-done novel with lots of excitement, intrigue and surprises. YA dystopian fans who enjoy a bit of scifi should definitely take a peek at this one. 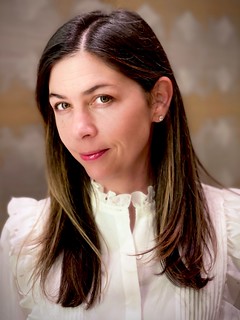 Rayya Deeb is a Virginia Tech Hokie, born in London, England and raised in Northern Virginia. She lives in Southern California with her husband and two daughters. Rayya has worked in television production and film development, but her true passion is writing. She has spent over a decade screenwriting, collaborating with some seriously incredible, world-renowned directors, actors and top-notch producers. In 2016 her debut novel, Seneca Rebel (ATM Publishing/No Mimes Media), was published. Her latest, Seneca Element (12/12/19 - Mediology/No Mimes Media), is the second book in The Seneca Society series. Rayya loves L.A. street tacos, 90's hip-hop, obscure Alan Watts lectures, exploring the globe, painting, and breaking bread with family & friends. She spends an absurd amount of time thinking about all things culinary, but considers it well worth it.