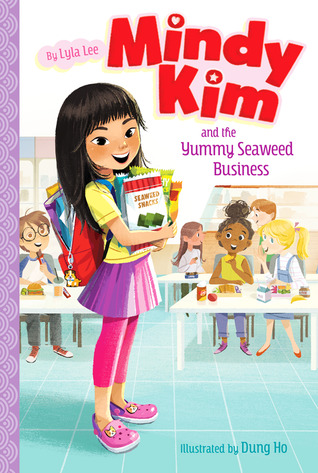 Alyson Heller at Aladdin has acquired at auction, Lyla Lee’s debut chapter book series, pitched as FRESH OFF THE BOAT meets JUNIE B. JONES, the first book entitled MINDY KIM AND THE YUMMY SEAWEED BUSINESS, in which a Korean American second grader moves to a mostly Caucasian Florida community. In an effort to adjust to her new school, she starts a snack trading ring with the Korean food from her lunch to make new friends. Publication is set for Spring 2020, Summer 2020, & Fall 2020; Penny Moore at Empire Literary negotiated the deal for World Rights.

Mindy Kim is a sweet girl, who deals with a situation almost any kid can relate to, while presenting a bit of cultural diversity along the way.

After the passing of her mother, Mindy and her father have moved from California to Florida, and that means they finally have a house with a yard. That makes Mindy one step closer to reaching one of her dreams: having a puppy to call her own. But that's going to have to wait thanks to other challenges. She's going to start a new school with the problem of finding new friends, and her father is still very sad about the loss of their mother. Mindy might have a way to solve both problems...maybe.

This is such a lovely story, and so easy to sink into. Mindy is a girl, who's hard not to like from the very first moment. She's kind, a little shy, wants to help where she can, but still faces the same problems of an average seven-year-old and doesn't always know how to deal with them. When she steps into the school for the first time, it's easy to understand her insecurity and feel for her as she sits at the lunch table by herself. Her attempts to make things work bring a smile to the face, and the stumbling blocks as well as her mistakes, make her into the kind of person most kids would want as a best friend.

The story rolls along in such a smooth way that it's hard to put down. And not only is the story one kids can sink into, but there's an important message as Mindy works through whatever she faces. The author also slides in aspects of Mindy's heritage, letting the reader learn a little bit more about an Asian culture along the way.

Summed up, this is a wonderful read I can see many kids really enjoying and can't wait to see where the rest of Mindy Kim's adventures will take her...and catch up on the ones, which have already are out there. This one gets a two thumbs up from me!

The Author...
Lyla Lee is a writer of many things. After working various jobs in Hollywood and studying psychology and cinematic arts at USC, she now lives in Dallas, Texas. When she is not writing, she is teaching watching Korean dramas and other TV shows, and eating all kinds of good food. Visit her online at lylaleebooks.com and on Twitter and Instagram at @literarylyla


The Illustrator...
Dung Ho was born and raised in Hue, Vietnam, where she studied graphic design at the Hue University College of Arts. After graduating, she worked in the design and advertising industries before discovering a great passion for illustration and picture books and becoming a freelance illustrator. Currently, she lives and works in Ho Chi Minh, Vietnam. Ho draws inspiration from mature and the interaction between people and nature and especially loves to draw children. When not drawing, she enjoys cooking and watching movies. Visit her online at dungho.me and on Instagram @dunghanhho.

Also coming out on January 14th... 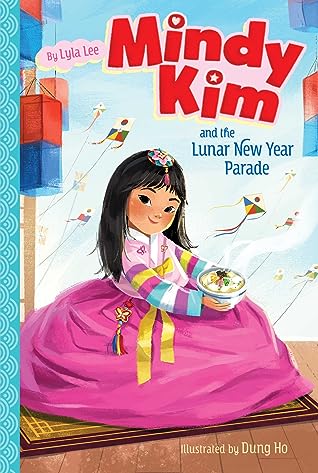