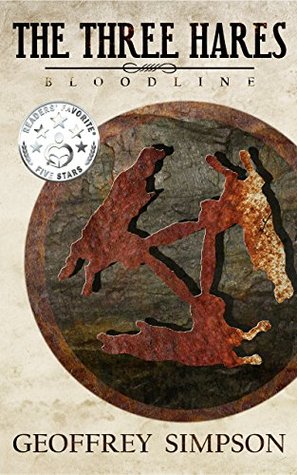 
The Adventure of a lifetime . . .
Ethan Drake is a living legend. If only his late father had mentioned it.
Ethan and his friends decode a series of cryptic riddles from an ancient treasure map. Their discovery entangles them in a centuries-old struggle between warring secret societies.
It soon becomes clear that Ethan is not just an adventurous teen who accidentally stumbles upon a shadowy world. He is a catalyst… a spark which ignites the resurgence.
The Three Hares is a smart, twisty adventure mystery, one that will keep you reading until the remarkable end.

At the start of this tale, Ethan his best friend Jacob, are 14 years old and enjoying the good life in the nature camping and seeking adventure. When they return to their homes, Ethan's father announces he's giving up his job to stop an evil politician from becoming mayor. The father dies. A year later, Ethan and Jacob discover a treasure map in the attic which leads to a cave. And that's where the adventure really begins.

This novel starts with a scene to make especially boys' hearts beat faster—nature, camping on their own, fending for food and treasure hunting. The freedom, adventurous spirit, and simple fun grabs right before the author lets the first big tragedy hit. A little gets lost in the sudden one-year zoom forward, one being that the boys are then 15 and definite high school age. But this doesn't come across as a sheer Young Adult novel, rather one for upper middle graders/tweens. And it fits this age group perfectly.

There's a huge twist from normal boys to an adventure, which is not only larger than life, but holds many layers, secrets and danger. The switch was well done and guarantees to keep readers glued to the pages. The problem solving slides right in and makes readers think, while following Ethan and his friends as he learns about who his father really was and who he is supposed to be. It's a larger than life tale, which grabs and holds on until the very end.

The mystery is well done, and it's a treat to follow Ethan as he works his way through everything. Although the first chapters displayed Ethan as a little less mature, he and his friends grow during these pages. Their thoughts, feelings and actions come across fairly natural for their age group, and it's a treat to cheer them on.

It will be interesting to see where this series will take Ethan and his group next. 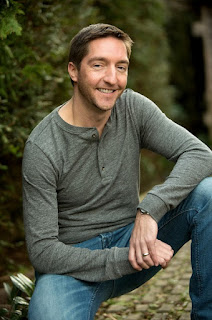 Geoffrey Simpson was born and raised in Avon Lake, just outside Cleveland, Ohio. From an early age, he connected with nature through camping, building forts, fishing, and treasure hunts. After graduating from Kent State University, building a career in program management, and growing a family of two boys, Jonathan and Henry, with his beloved wife Lili, he took a breath. A breath to recapture the spirit of adventure so that it may never be lost. An adventure which can be passed down for generations, including to his own two boys. Now living in Minden, Germany with his family, he became a writer. Geoffrey is the author of the young adult adventure / mystery novel, The Three Hares: Bloodline. He specializes in nature-themed, puzzle-solving stories driven by a pulsating grip of good versus evil. The Three Hares is his debut novel and is the first of a five-book series. Checkout his website and sign-up for the newsletter.http://www.geoffrey-simpson.com
https://www.amazon.com/Geoffrey-Simpson/e/B07BD356TP/ref=dp_byline_cont_book_1