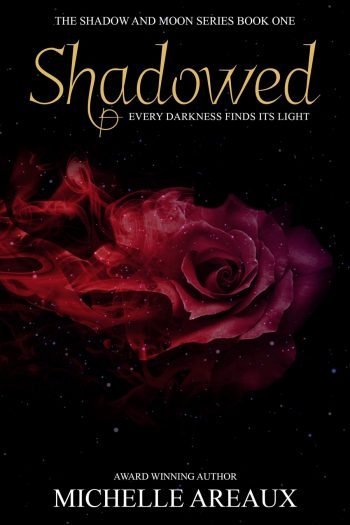 SHADOWED
The Shadow and Moon, #1by Michelle AreauxKingston Publishing CompanyJanuary 2, 2020YA Paranormal Romance

Sixteen-year-old Henley Abbott is just trying to make it through high school in the small town of Edison, Washington where she has lived her entire life. Constantly feeling alone, she’s surprised when she finds herself intrigued by the new boy in town, Cohen Davenport.
With the entire town talking about the new and secretive family, Henley refuses to join in on the rumors swirling about them and attempts to keep her distance.
However, as Cohen becomes intrigued by Henley, the pair seems to find a spark in a kindling friendship.
As the intensity of their relationship builds, Henley discovers a dark secret plaguing Cohen and his elusive family. He reveals a twisted past that has kept his family on the run…for decades.
Cohen should keep his distance. It is too dangerous to bring Henley into his life, but he can’t stay away from her.
And, Henley doesn’t want him to.
As Henley overcomes her own fears and trepidations, she finds herself engrossed in a battle that could destroy them both. Only their connection could help them all survive.
Intensely romantic and extremely thrilling, this novel will pull readers in from the very first page.
Fans of Twilight, The Guardian Series, and the Marked Saga will instantly fall in love with this new paranormal series.
Goodreads | Amazon

As much as I liked to pretend, I wasn’t completely and totally intrigued by the thought of new people moving here; I couldn’t control myself. I tried to convince myself it was all because of my mom; but as I stood there, whispering the words, I knew there was no fooling myself.
“Henley, don’t you know it’s not polite to stare?” she asked, but her own hypocritical words hung heavy in the air as she raced to join me in the living room again.
Standing next to me, we watched intently as the driver’s side door opened. With large eyes, we strained to get a glimpse of who would be our new neighbor. To our surprise, the rest of the car doors opened and the family emerged.
A tall man with dark hair closed the driver’s side door as a woman emerged from the passenger’s side. The back two doors opened and three teens, roughly around my age, tumbled out. A girl with short, dark hair and legs-for-days gave the house a disgusted look. A boy who seemed to be uninterested in it all, stared down into his phone, which he held tightly in his grip. Finally, a tall boy with the same dark hair stood behind the rest of his family. With his hands tucked deep into his jeans pockets, he seemed reluctant to move any closer to the house.
“Well, they look like a nice family,” my mom said. I turned to look at her and I could see the eagerness twinkling in her baby blues to get to her phone and be the first one to spill the news that the new neighbors had arrived.
It was almost like they had landed in a spaceship and were from outer space!
“Maybe,” I grumbled, still unsure about these people.
Suddenly, the boy, standing alone behind his family, turned and caught me snooping on them. Our eyes connected for a brief moment before he gave me an angry snarl that had me stumbling backward.
What was that?
“I need to go call Susan,” my mom stated, as she rushed to the kitchen to retrieve her phone.
I dared to look back out the window again; and when I did, the entire family was gone.
Just disappeared, like they had never been standing there in the first place.
I blinked, just to make sure I wasn’t dreaming. When I looked again, the SUV was still parked along the curb, but the family was gone.
Lights glowed from inside  the house.
“That’s weird,” I said aloud to myself. How did they have time to get inside and turn on the lights? I literally just turned around for a second.
I shook my head, unsure of what to think. Peeking out of the window again, something in the far, second-floor window caught my attention. As my gaze moved up, I felt my cheeks burn and nervous energy flow through me. As my gaze finally landed on the window, I caught a pair of red eyes staring back at me. It was the same boy who had given me the nasty stare just moments before.
I closed the curtains and took a step back. My heart was racing so fast, I feared it might jump right out of my chest. With labored breathing, I slowly walked into the kitchen where my mom was blabbing the news to anyone who would listen. 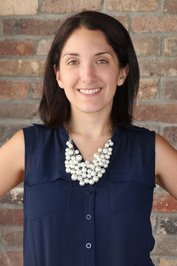 Janet is a Scot who moved to New Zealand fifteen years ago. Among other things, she’s been an artist, a teacher, a security guard at a castle, a magazine editor, and a cleaner in a drop in center for drug addicts (NOT the best job!). She now writes full-time and is working on her 19th book. Her books have won several awards, including the Daphne du Maurier award for excellence in mystery and suspense. When she isn’t living in her head, she raises two kids, one husband, and several random animals. She survives on chocolate and caffeine.

Email ThisBlogThis!Share to TwitterShare to FacebookShare to Pinterest
Labels: Michelle Arezux, Shadowed, The Shadow and Moon