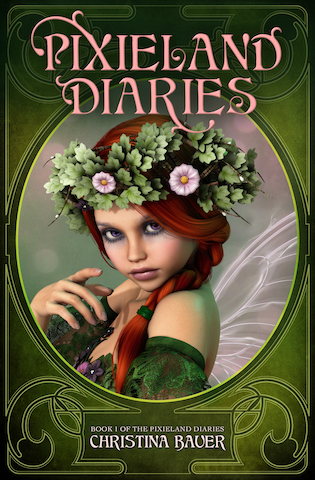 
WARNING
If you don’t like pixies, don’t read this diary.
If you don’t like loud-mouthed pixies who are really cool but sometimes get told they’re immature (for no reason), then definitely stop reading.
Oh, and if you’re His Awfulness The Elf Prince ‘Dare’ Darius, then you can kiss my butt. My hatred for you burns with the fire of a thousand suns. Thanks for getting me kicked out of Pixieland and exiled to attend some rando human high school on Earth. You’re the worst, even if you have a cute smile. And nice eyes. Your hair looks okay sometimes, too. But you’re still a creep and I loathe you.
And to everyone else: if you’ve read this far, then you better finish my entire diary.
My story is supernatural, wacked-out, and overall awesome. 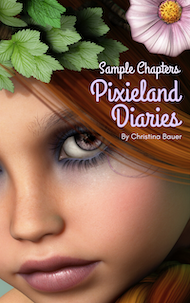 DAY ONE OF THE NEW ME
Dear Diary,
Goodbye, old me! This journal will track my transformation into an all-new Calla. Not on the physical side, mind you. I’ll still be a fifteen-year-old pixie, five feet tall with pink hair and violet eyes. Instead, what will change about me is this: as of today, I shall never play another prank for as long as I live.
Definitely.
Maybe.
Hopefully.
Okay, having a diary means being totally honest. It’s true that I’ve made this no-prank promise before. But today the Elven High Council gave me another super-long lecture on my so-called silly attitude. What a bunch of grumps. All their panties were in a twist, too. Why? I just cast one little enchantment that transformed the council’s shampoo into hair remover.
Which was awesome, by the way. The council are way too snooty and into their looks. Plus without their hair, the council rocks an alien vibe. And their silken tresses will all be back to normal after a spell or two. I think. Prince Darius says my magic is too powerful for my own good. He’s too cute for his, so we’re even.
Anyway, back to the council’s lecture. They reviewed this crazy-long list of how I should act going forward. I wrote it all down super carefully:
Act mysterious – always
Be frivolous – never
There was more on their list but what can I say? I got bored. The council also waah waah waah-ed that if I didn’t change my personality and soon, then this was my last warning. One more infraction and I would be kicked out of Pixieland, my home within Faerie.
Exile would be the worst, so I’m putting together a New Me plan.
Next steps to the New Me: swap out my gossamer wings for a bat look … Only answer questions with a long and mysterious ‘maaaaaaybe’ … And no pranks.
For real, this time.
-The New Calla

Christina Bauer knows how to tell stories about kick-ass women. In her best selling Angelbound series, the heroine is a part-demon girl who loves to fight in Purgatory’s Arena and falls in love with a part-angel prince. This young adult best seller has driven more than 500,000 ebook downloads and 9,000 reviews on Goodreads and retailers. The first three books in the series are now available as audiobooks on Audible and iTunes.
Bauer has also told the story of the Women’s March on Washington by leading PR efforts for the Massachusetts Chapter. Her pre-event press release—the only one sent out on a major wire service—resulted in more than 19,000 global impressions and redistribution by over 350 different media entities including the Associated Press.
Christina graduated from Syracuse University’s Newhouse School with BA’s in English along with Television, Radio, and Film Production. She lives in Newton, MA with her husband, son, and semi-insane golden retriever, Ruby.
Stalk Christina On Social Media – She Loves It!