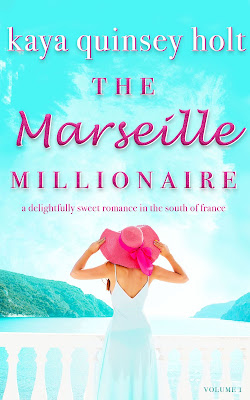 Elise Laird has just sold the most expensive home in the history of Ashfield, USA, at $4.2 million dollars. The French multimillionaire whose home she sold is thrilled - so much so that he recommends her to a fellow French friend. And when Luc Dubonier steps off of his private jet with the intention of investing in some of Ashfield's best properties, Elise is shocked to find that the successful tycoon is single.

At least, until she gets to know him. In a series of blunders, Elise learns that Luc may be tough in business, but couldn't imagine anyone's personal life being more of a mess. After she impresses him with her sales pitches, Luc asks her to do one more sale for him - his $88 million home in Marseille, France.

When Elise arrives in France, she learns that there is more to the house, and Luc, than meets the eye. If she sells the house, the commission check will be more than her lifetime salaries combined. But after learning why he is selling it, Elise finds herself conflicted, wanting to convince Luc to keep it. Will Elise choose between her bank account or her heart? And while selling million dollar homes, will Elise cash in her chance at love?

“Welcome to Marseille,” Luc said as he walked over, greeting her with a kiss
on each cheek. It would take her a while to get used to that custom, she thought,
as she suppressed the urge to give him a big hug.
She beamed back at him in response, taking in his bright expression. “It’s
good to be here,” she said, and she meant it. Their eyes locked and her legs felt
like they were about to melt beneath her right there in that lobby. She looked away a
nd pushed an errand stand of hair behind her ear.
He stepped back a moment to survey her. “You look good here,” he declared.
Elise felt herself flush and laughed. It came out more high pitched than she had
intended. “Where? In this lobby? In Marseille?”
He shook his head. “Both, I suppose.” Elise smiled and jutted out her hip with a
playful wink. She couldn’t believe the confidence that had washed over her. She felt
good. “Well, I suppose I wanted to come over and see that you arrived all right. You
know, Marseille isn’t the safest city. So I wanted to make sure you were, you know,
all right.”
Elise’s heart thudded in her chest. Before she could reply, the concierge
came over again. “And MadameLaird, would you like your birthday champagne
sent up now or later?”
Elise’s eyes widened. Birthday champagne? She opened her mouth to reply,
before realizing this must be a gift from Joe and the team at Cotherington Realty.
They were the only ones apart from Rose who knew where she was staying and her
birthday.
“Later is fine,” she said, trying to brush it aside. “Merci.”
Luc’s eyes widened. “Ah, it is your birthday?”
Elise nodded, averting her gaze to a modern art piece nearby. She hated
celebrating her birthday. Today had been perfect. Low-key, some shopping, the end.
But Luc continued. “Well, we must celebrate. You have plans tonight, or non?”
“No, but—”
“Ah, ah, ah,” Luc held up his hands, as if to signal he had won. “I won’t take
no for an answer. Luckily, you are staying at my favorite hotel in Marseille, which
has one of the best restaurants. Three Michelin-stars, too,” he added with a wink.
Elise flushed. Okay, so her arm wouldn’t need to be twisted too much to go
out for a dinner with Luc Dubonier. Especially when the words ‘Michelin’ and ‘star’
were included.   “Okay,” she finally agreed with a smile. She and Rose had wanted to
go to a three-star Michelin restaurant since, well, forever.
As Luc reserved a table for them later that evening, Elise’s entire body tingled.
Was this it? A do-over to their disastrous-ending first and only date? If it had even been
a date. She was still unclear where they stood with one another.
When Luc turned to her and announced he had made them reservations for seven
o’clock that evening, his face was telling. “I’ll see you tonight,” he added with another
wink. Elise smiled. Suddenly her birthday seemed like the best day in the world. 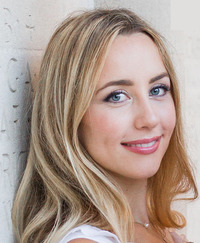 Kaya Quinsey Holt is the author of three romantic comedies. She holds her undergraduate and master’s degree in psychology. Her first novel, Paris Mends Broken Hearts, was released in April 2018. Since then, her books have sold in seven countries. They have been translated into multiple languages and been formatted into audiobooks. Kaya’s passion for culture, travel, and psychology intertwine for books that are romantic and full of surprises.

When she's not typing away, Kaya loves chatting with friends over a glass of wine, playing with her fluffy Pomeranian Shih Tzu puppy, spending time with her family, attempting to learn a new a new language, and indulging in one too many cups of coffee. Always planning her next trip and adventure, Kaya's favorite places are usually somewhere near a beach. She lives in Toronto with her husband.