Sneak Peek: Josie James and the Teardrops of Summer by Lily Mae Waters with Giveaway 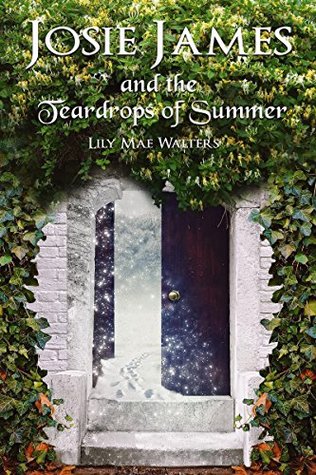 
Josie James is an ordinary 13 year old until something extraordinary happens during her summer holidays.
Whilst staying at her great grandmother’s cottage in the country she finds herself swept into the cursed world of Suncroft where it is perpetual winter.
Her new friends believe she could be the Chosen One who it is foretold will lift the curse but there are more pressing matters.
The Teardrops of Summer – magical crystals that render the owner immortal – have been stolen. Along with her telepathic husky-dog Protector Asher and her new friends, Josie must race to find the Teardrops and prevent catastrophe for their world.
The Josie James books is a series of 5 books with Josie aging a year each time. She starts at 13 and will be 18 by the end of the last one. They will all have a similar feel about them, with Josie's end goal of freeing Suncroft from the curse.
Cover by Mia Romano.
Look for book 2: 'Josie James and The Velvet Knife'.
Here Josie has returned to Suncroft for the summer to solve the riddles that are being left by The Velvet Knife (a hooded figure who has mysteriously appeared in the village).


While in Suncroft, Josie stays at Filan Flynn’s house, a half elf who will help her in her quest over the five books.  This is a piece where she discovers the benefits of having an elf as a friend.
The room was about the size of one of her classrooms at school. Its walls were fully panelled in a light wood with a few portraits hung here and there. Lamps and candles shone brightly on every wall and were placed on the mantelpiece above the fireplace, where yet again a huge fire roared in the hearth, only this time a black iron fireguard was placed in front of it. Against one wall was an ornately-carved wooden dressing table with a high-backed chair. She could see a gold mirror along with her hairbrush and toiletries. The sight of her modern-day cosmetics looked so out of place in the old-fashioned surroundings that she smiled to herself.
She walked over to the plush, red velvet curtains that covered an entire wall from ceiling to floor. Pulling them apart a little in the middle, she poked her head through and peeked out into the night. She must have been facing the back of the house because she could make out a small garden even if it was covered in snow. She could see walls and a gate, snow-filled planters and a metal bench with icicles dangling from it. A three-tiered fountain stood in the middle, its water frozen solid in an icy cascade.
She closed the curtains and made her way over to the four-poster bed. It also had red velvet curtains to three of its sides. These were tied back to each post with long golden tassels. The bed itself was the biggest bed Josie had ever seen. Red and gold pillows and a red and gold cover lay neatly on the top. Josie couldn’t help herself and, after taking off her boots, leapt onto the bed. She lay there for a few minutes, savouring the softness and the warmth before making herself get into her pyjamas. She opened what she thought was a wardrobe and found a small marbled bathroom instead. She placed her bare foot onto the floor tentatively, only to find it wasn’t cold but toasty warm. “These are the advantages of living in an elf’s house,” she said to herself.
There were no taps on the bath, and the sink was a porcelain bowl and pitcher. She dipped her finger into the pitcher expecting cold water and yet again thanked her lucky stars for elf magic as she poured the hot water into the bowl and began washing her face. After brushing her teeth, she walked back into the bedroom and got into bed, pulling the covers right up under her chin. Glider jumped onto the end of the bed, curled up, and was soon asleep. Josie thought there was no way she would get to sleep, the day too full of wonders and excitement, but before she knew it, she was fast asleep herself. 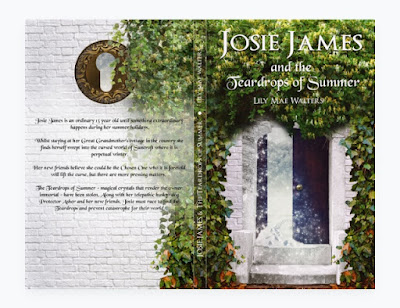 
Lily Mae Walters chose her pen name in honour of her beloved grandparents who also stare in the Josie James series.

She is married with two teenage children, and two huskies that are the inspiration behind Murphy and Asher in the books.

Lily Mae lives in Nuneaton, England and finds herself using local  places and even her old school in her stories.

Family and friends mean the world to Lily Mae and many will find themselves popping up throughout the series.

Lily Mae also writes for adults under the name of Florence Keeling.

*Terms and Conditions –UK entries welcome.  Please enter using the Rafflecopter box below.  The winner will be selected at random via Rafflecopter from all valid entries and will be notified by Twitter and/or email. If no response is received within 7 days then I reserve the right to select an alternative winner. Open to all entrants aged 18 or over.  Any personal data given as part of the competition entry is used for this purpose only and will not be shared with third parties, with the exception of the winners’ information. This will passed to the giveaway organiser and used only for fulfilment of the prize, after which time I will delete the data.  I am not responsible for dispatch or delivery of the prize. 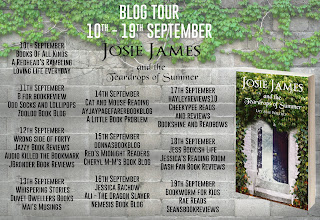