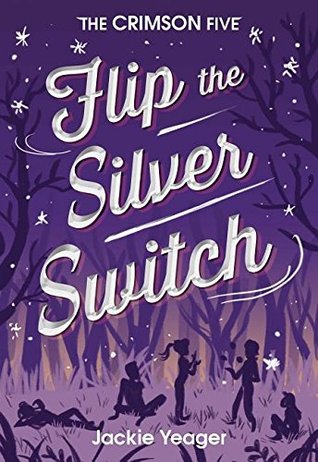 
Be Curious. Be Creative. Be Collaborative. Be Colorful. Be Courageous.
Fresh off their summer at Camp Piedmont, The Crimson Five kids are together again, headed for the Piedmont Global Championships. This time, Kia and her New York teammates travel to Quebec where they're challenged to solve a new mind-bending task against 99 international teams. But at the Universite de Creativite, they discover a world where inventions like Thought Translation Machines and Clothes Copiers aren't the only secrets kept.
While Kia, Ander, Mare, Jax, and Jillian attempt to create a life-changing invention in just two weeks, they're faced with information that could alter the course of the Global Championships and force their team out of the competition. With their newfound friendship at stake, they realize that staying in Quebec and solving the Global task will require something more than just skill and imagination.
The team must focus and unite like never before to solve their hardest task yet if they have any chance of winning a coveted spot on the year-long Swirl and Spark Creativity Tour and keeping their team together.
The Crimson Five are together again.

I did not read the first book in this series and had little problems diving into the story with book two. It did, however, take a few pages to get a hold on the characters and situation. So, I would recommend starting at the beginning of the series even if it's not completely necessary.

Imagination, team work and determination make this a read packed with great things for the middle grade audience.

The Crimson Five are back again, this time heading to Quebec to take part in the next level of the science/invention competition. Not only do the five face unexpected challenges, but soon uncover somethings which make them question several things about themselves and the competition.

This book is solidly written for the intended age group. The writing, vocabulary, character interactions, scenes and problems fit the age slot perfectly and never risk going over board. Each of the five kids demonstrates a distinct personality, making sure that readers will find at least one they can easily identify with. The kids have thoughts and problems which are easy to relate to, and the book is sprinkled with words of wisdom and good messages which inspire team work, friendship, determination, and inspiration.

The story takes place on a future Earth which lets imagination flow while still keeping close enough to our modern world to keep everything familiar. There's a mixture of imagination, science, math, arts, and cultures which creates a well rounded read. A little more exactness in the science area would have been nice, considering this is a science competition, but it's still an enjoyable read. There's a hint of something dark and sinister lurking in the background, but it's never really made clear what the evil intentions are...something which promises excitement for the books to come.

All in all, this is a nice futuristic and wholesome read. There are many great messages in these pages, while keeping the story exciting yet never too harsh for the age group.