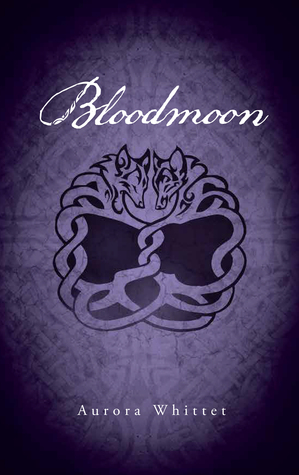 Just months shy of her claiming at Carrowmore and fulfilling a centuries-old prophecy, werewolf Ashling Boru has stepped into her role as the Crimson Queen. She finally has the support of her pack and her love for Grey is stronger than ever.
But it's not easy being queen. Ashling's guardian, Baran, has been captured by the Dvergars, a family of evil wolves who will stop at nothing to possess Ashling's power and destroy everything--and everyone--she loves. Ashling must unite the clans and build an army to stand against the Dvergars before it's too late. Unfortunately, the Dvergars also have armies of the darkest creatures the world has ever known.
Shadows loom, growing ever larger as generations of pack secrets begin to unfold. Ashling's people, the humans they protect, and Old Mother Earth herself all hang in the balance of Ashling's choices. Will Ashling have to forsake her true love to save the world? And will she have the strength to do it?
Bloodmoon is the thrilling conclusion to the Bloodmark Saga.

This is an amazing ending to a series, which has it all--fast paced action, tear jerking moments, high stakes, impossible risks, evil villains, romance and a heroine to cheer for. Ashling has now accepted her role as the Crimson Queen. Surrounded by an every growing group of family, friends and supporters, she charges on to complete the impossible task the prophecy has laid out before her.This book starts off where the second one left off, meaning that this is by no means a stand alone. The characters we've learned to known and love (or hate) gain more depth. They've matured, are bonding and the journey that started in book one is unfolding in all of its pain and glory. Ashling has not only accepted her role in the prophecy but is becoming the queen in every possible way. . .but not without a little teenage fun dabbled in to add just the right amount of light heartedness. There are also a few new characters introduced, which mold seamlessly in with the already familiar ones.Although the other two books in the series already were packed, these pages hold even more. A lot has to be resolved on many different levels, leaving little time for a chance to rest or breath. The richness of the werewolf heritage and beliefs comes to full scale as the upcoming battle between good and evil adds thick layers of tension the entire way through. This isn't a book easily put down and leaves the reader on the edge of their seat most of the time. There's romance, and both the hero and heroine are characters to root for. Still at times, the relationship comes over a bit thick for my taste and the frequency of intimate scenes pushes the borders for a YA audience. In other words, this isn't something I'd recommend for anyone under 16. The ending is a real treat and ties up most of the plot strings nicely. There are many unexpected twists and turns, as well as a lovely settling of various points and questions brought up earlier in the series. It was definitely worth a read, and I can highly recommend it to paranormal romance fans who love a tale which pulls in and refuses to let go.