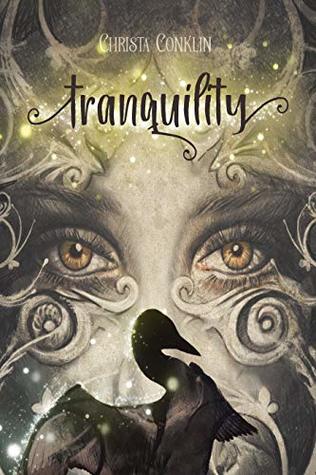 She must prove there’s more to life than peace and more to death than dying.

The One People find guidance to peace and unity in the pages of TRANQUILITY. Drethene views the methods prescribed in the book as hurtful attempts to escape their diverse ancestry. Such pain is personal, as her parents aim to conceal how different she looks from the rest of their people.

Even her job keeps Drethene quiet and secluded. While working in the Academy library, she secretly reads histories used only to teach future leaders to loathe the past. Drethene is inspired by these books filled with cultural variety. When she discovers another world as part of her people's heritage, a well-established enemy is revealed, and she rises to meet the truth and save both worlds.

Now Drethene must convince the One People that their lives are not as tranquil as they seem. They are being hunted and must reunite with a sister-world that has been erased from their past. If they choose to remain in the comfort of their rewritten history and false sense of peace, they will be dragged into the maelstrom they have forgotten to fear.

Tranquility is a story as wondrous as its name. Drethene, the main character, lives in a world where there is no such thing as diversity. Everyone is the same and lives according to Tranquility. Their lives are tranquil, from beginning to end. Drethene is one of the very, very few, who is slightly different. When she begins to question everything around her and searches through their history, she discovers a dangerous secret. Their world was not always 'tranquil'. Instead, they were part of a sister-world, which had been long forgotten. But the real trouble begins, when she discovers that there was a purpose behind this division, and it has nothing to do with tranquility, but rather an evil plan.

I enjoyed reading this one from beginning to end. The world building was amazing and allowed me to sink right in. The characters, including Drethene, are well depicted and grab with their different personalities and problems. The tale is well woven with just the right amount of tension at the right time, which glides deeper and deeper into the mystery behind the history. I loved the entire idea behind this one, and found it, in many ways, refreshing and intriguing. It's definitely worth a read. 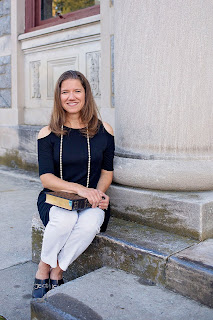 Christa Conklin is the author of several articles, and two short stories: Moontail and Kat, the Jailer, and Jack. Tranquility is her debut novel for which she received the 2016 Cascade Award for Unpublished Speculative Fiction.
She graduated from Rutgers University, studied in France, received her Masters Degree from Monmouth University, and once took first place in a solo women's kayak river race.
Christa worked five years for each the education department of the New York Philharmonic and Young Audiences New Jersey bringing professional artists in residence to schools and students into professional arts settings.