Review: A Second Chance At Happiness by Kassandra Lynn 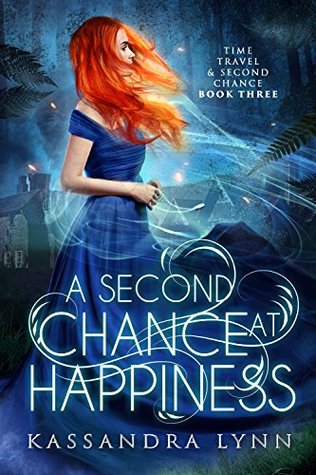 To save the empire, she must steal its crown prince.
When an enemy empire holds Lady Elsa hostage, she is forced to take matters into her own hands. Desperation leads her to jump down a city wall in the hope that she’ll survive, but when her harrowing attempt ends in her death, an unexpected opportunity presents itself.
She is transported three months back in time to reverse all that have gone wrong and to escort the crown prince to the safest stronghold in the lands. If she can avoid a brutal army and form a bond with three unlikely cohorts, she will preserve the empire. If she fails, everything will be lost.
Note for readers: Each book in this series can be read as a stand-alone.


This is the third book in the series but is also an independent story and can be read alone.

Lady Elsa has been captured—along with many others—by enemy forces and thanks to her unusual strength, is able to break them all out of prison. But the escape doesn't go as smoothly as planned, leaving many dead and her captured. When the enemy uses her, the daughter of the General, to try to force the general into a corner, she jumps from a wall and dies...nearly. Before she slips into eternal darkness, her amulet glows and she meets a priest who claims he's sending her back in time to accomplish one goal—save the Crown Prince. As she wakes up to find herself pushed back in time to a few months before, it becomes clear that accomplishing this mission will be almost impossible.

This book starts out with a bang. Opening right away with the prison and escape season, the tension and adrenaline soar high. This sudden burst also leaves room for a bit of confusion concerning the characters and the situation, but as the chapters flow by, these holes fill and the flow of the story smooths out until it captures until the last page. While the pacing remains steady the entire way through, the author also allows the emotions and character depth to build as well. Elsa and the characters around her gain their own thoughts, emotions and goals, making each one a personality to love, hate, or cheer for.

While the story appears to head for a fairly straight forward plot in the first chapters, the layers grow and surprises wait as the intrigue and problems increase. Elsa not only faces the political trials but battles the attitudes and preconceptions of the society and gossip, making this a perfect fit to the young adult age group. The interactions between the characters are natural and fun to follow. Some moments might hiccup, but in general, it's a treat to meet and experience every moment. Elsa tends to be a bit reckless, and some of the interaction between her and 'higher' characters is a little unbelievable, but these moments are easily overseen as the story takes over.

This is an engaging tale with a tough heroine, a dab at history and the social expectations, a bit of romance, action scenes, tension and intrigue. In other words, it's a fun read.

Kassandra Lynn tells herself a bedtime story every night. When the plot gets too complicated and the cast overwhelming, she transcribes them into books she hopes her readers will enjoy.