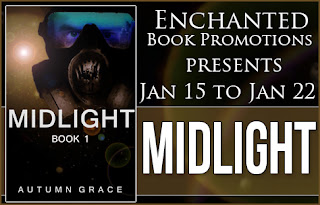 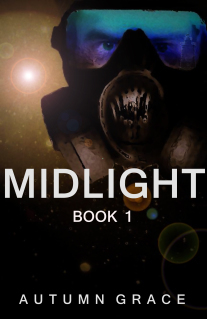 
If the daylight doesn't kill you, the diurnal ones will. But when death is the one requirement to be transitioned into a mechanized Hybrid, why spend another night lost in the dark?
Five years ago, Bain woke up on the side of the road with no prior memories. Deadly radiation has forced the population to become nocturnal in an effort to avoid the mutilating effects of daylight. While this helped for a time, rogue groups began neglecting these practices, increasing the death rate and the need to finalize a procedure to bring the dead back to life. This controversial advancement becomes means for prosperity to President Umber as he takes over the growing city of Umber Heights.
After three years of serving as a brutal Corsair for Ailand's ruthless leader, Beckett, Bain is prompted to cut ties with his current life. He must revisit his estranged friend in his safe coastal town with the proposal to join him in Umber Heights--the only place Beckett and Umber's feud prohibits Beckett from entering. Bain and Argon struggle to get their relationship back, cautiously diving deeper into their romantic feelings while trying to balance conflicting personalities and Bain's lack of readiness to open up.
Now in Heights seemingly for good, Bain must determine if the lines of right and wrong really do gray when it comes to protecting human life over man-made creation.


I know I should be nocturnal, and I've tried, but I hate the dark and I hate the cold. I can handle the sunburn and the heat, even the radiation. Glowers aren't that bad if you get in with the right group. They're good to have on your side when things get bad.

I look up at the sky when I hear something, but as I take a step, there's a clamp down around my foot, and I’m pulled back, pulled down. A terrible pain shoots up from my ankle, through my leg, and up to my hip. I cry out, my knees hitting the dirt. Leaning back, I pull my leg a little closer to me. My ankle is snagged between two rusted metal pieces that shut down on my leg like teeth.
The trap has snapped on me at an awkward angle. One half is stuck in the leather of my boot, but the other is up a little higher and tearing through my skin at least an inch. I try to pry them apart, but the metal is flaking away and leaving my gloved hands orange. I stand up, trying to pull my leg out of it, but that is just a horrible idea. I’m chained to the ground, and the chain is wound around a fallen tree.
I take one of my handguns out of my bag, thankful I'd forgotten about them when I ditched my rifle, and shoot a couple times in the dark. I miss the chain, but when I finally do hit, a loud clang comes, and there are yellow sparks that flicker out right as they appear. I’m able to get free from the chain, but the throbbing in my leg is so painful that I think I might black out.
I manage to get out of the forest and out onto the rocky barrens ahead of me right as the burning sun shimmers through the trees to my left. There is a cold sweat on my forehead as I limp on. The heat waves on the horizon play with my eyes, and I keep flinching like there's something there. There's not much south of Hork, but I just keep getting spooked.
I walk a mile and a half until I see the infamous town itself. Well, it's mostly there and swaying. I never thought I could bring myself to return, until I find myself falling to my knees in a place I used to call home. I collapse there in the middle of the road from heat exhaustion, the fever, a little mix of both. It’s late, after midlight, and my head hits the gravel, my arm stretching out in front of me. The heavy sound of my own breath in my mask lulls me into darkness, and the bright day fogs away from me as my eyes roll back.

Autumn Grace grew up in New England with her mom, older brother, younger sister, and her identical twin. Her aim is to bring diverse characters outside of genres they have identified with to promote equality and acceptance. she's drawn to retro-futuristic concepts and is obsessed with robots and aliens.