Review: The Prince of Korin by Melody J. Bremen 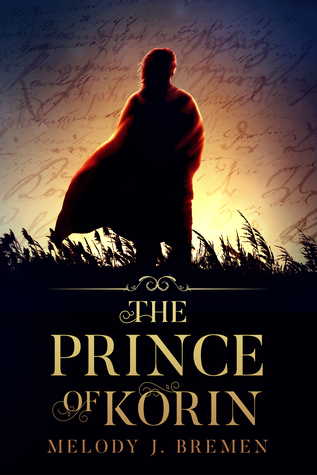 THE PRINCE OF KORIN
by Melody J. Bremen
YA Fantasy
238 pages

Prince Endomer of Korin is not a hero. Nor does he want to be one.
He spends his days in the royal library, poring over old manuscripts, studying archaic languages and playing chess. He’s never been like Krollis, his fearless twin brother, who is an expert swordsman and hunts wild beasts in the forests.
When an army of vizzens, the fearsome old enemy of Korin, attacks from the east and Krollis disappears, Endomer is left in charge of the country. He struggles to find a way to save his people while his soldiers are dying and his citizens are forced to flee. As he fights to gain the respect of the palace court, he discovers a threat coming from within the palace walls. There is no one he can trust.
He isn’t only fighting for his country – he’s fighting for his life.
Fans of Megan Whalen Turner and Jennifer A. Nielsen will enjoy this story of political intrigue and betrayal.


With a world to sink into and layers of intrigue, strife and hope, this is a novel to which grabs into the world of kingdoms and what it means to rule.

Prince Endomer and his twin brother, Prince Korin, are like two sides of a coin. Endomer is not the braver of the two. While Korin hunts and thrives adventure, Endomer hides in the library. Both fear the day they learn which shall become king. When the announcement is made, Korin runs and Endomer is left alone, not only to rule but to save his kingdom from an devastating war and a traitor who was even able to fool his own parents and friends.

Prince Endomer is a hero of a different sort—something I truly enjoyed seeing. He is not a fighter, he is not brave or adventurous, and he definitely doesn't have what it takes to be king. Or so he thinks. The tale already begins with a refreshing idea that neither brother desires to become king. Both realize the burden the responsibility brings, and both would rather avoid it. Considering the parents, the king and queen, are very loving and kind people, this comes across as extremely mature. But then, for being 14 turning 15, especially Endomer acts and thinks way beyond his age—something which made me stumble a little. In any case, Endomer is a delightful character to root for the whole way through.

The story moves along at a steady pace, never inviting boredom, but this isn't an action story. The author digs into Endomer, letting the story take a similar flow to his personality. It's a tale of intrigue, mystery, and political difficulties, not adventure. There are a few scenes where action trickles in but this falls more into a thinking game. Even the ending doesn't carry the epic battle often seen in this genre, but fits well with the rest of the tale. It's engaging, makes the reader think along with Endomer and experience the hardships with heart.

There's a wonderful take on sibling relationships and the special bond they share. Nothing is smooth, but that doesn't make their relationship a negative one. The author does a great job at bringing the differences of opinions and behaviors into play, while not letting the 'love' between the two fall into the shadows. Even when that love isn't as clear as day.

Fantasy friends of tales with princes, kingdoms, war and political intrigue are sure to enjoy this one. The world comes across as realistic, the enemy threatens at every turn, the layers of intrigue are tightly woven and Endomer is a prince to love and watch grow.

Melody J. Bremen has written several novels for middle grade readers. The Prince of Korin is her first novel for young adults. She lives in New Jersey with her family and a faithful computer named Oswald. Find out more and sign-up for Melody’s email newsletter at: www.melodyjbremen.com

Email ThisBlogThis!Share to TwitterShare to FacebookShare to Pinterest
Labels: Melody J. Bremen, The Prince of Korin, YA Fantasy